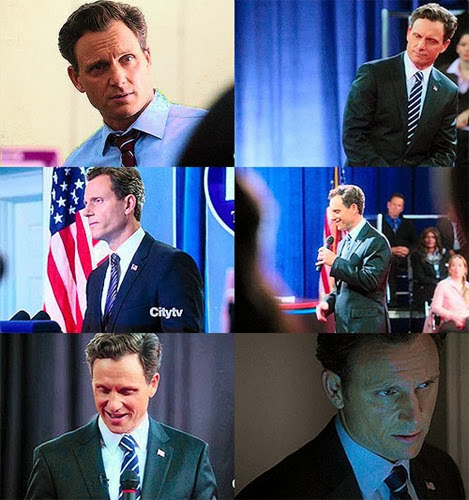 “Born to lead, President Fitzgerald Grant checked every box on the way to the White House. He’s got the Ivy League education, the decorated military service, the perfect wife and family and years of experience in the legislature and as the Governor of California. What he doesn’t have is the one thing he needs. The one thing we all need. Love. Olivia Pope is that thing. And Fitz can’t have her without losing everything else.”

I have read many things from people who hate Fitz, but I fell in love with the character at the end of Season 1 and haven’t stopped loving him since. As president, he is known as idealistic, and I appreciate that he’s not quick to jump to military action. He is Republican, but he appears to lean to the center. He is smart, full of intensity, speaks amazingly well, and like I said the day of the State of the Union Address, if he was really the president, I’d definitely be tuning in!  Lastly, I guess I have to admit that my favorite thing about him is how he expresses his feelings for Olivia. 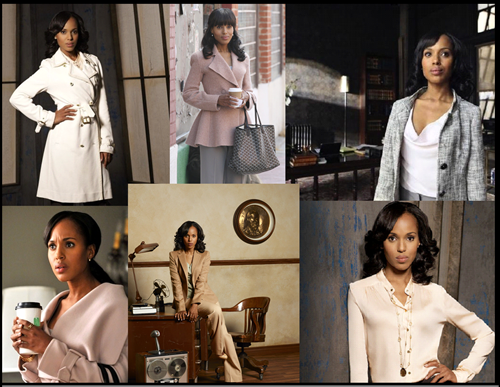 “Olivia Pope is a fixer. The best in D.C. A title earned first by getting an underdog candidate elected President. What makes Olivia Pope the best is that she doesn’t fix problems. She fixes clients. She fixes people. They come to her at their lowest moment. On the worst day of their lives. Covered in blood, on the verge of conviction…when rock bottom is in sight and there’s nowhere left to turn they come to Olivia Pope for salvation. Olivia takes on the biggest scandals of our era, all the while trying to hide the fact that she’s one of the key players at the center of it all.  This is particularly embodied by her forbidden love affair with Fitz otherwise known as Fitzgerald Grant, the President of the United States.”

If I could be any fictional character, I’d be Olivia Pope. She is super smart and always knows just what to say. She has helped many people, but specifically those that are her associates feel like she saved them and are extremely loyal to her. Over the course of the show, she’s had three men expressing their love for her – one of which who even built her a house. Not to mention, she is extremely beautiful and probably the best dressed woman in the world!

Two weeks till a new episode…