On the last day of our cruise, something entirely unexpected and yet interesting and sad happened. We were cruising along, somewhere in the middle of the ocean, when the captain announced that the ship would be coming to a a stop shortly, on request of the Coast Guard who had notified the crew of another vessel which was in distress. Of course, everyone raced to the decks to look into the water and see this vessel. For awhile we saw nothing. Then, somewhere out in front of the ship was this: 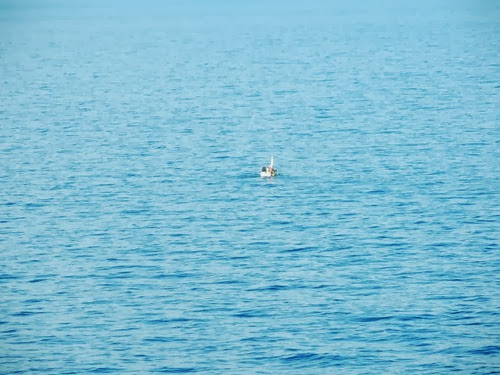 Wow. That’s a tiny little ship! At fist, I thought it was a fishing boat that somehow had gotten off course. However, with some zooming of the camera, it became slowly obvious just what type of vessel we had intercepted. 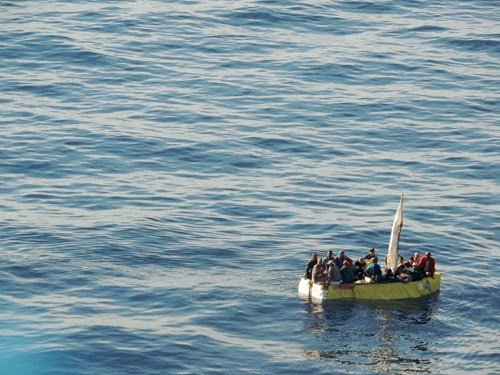 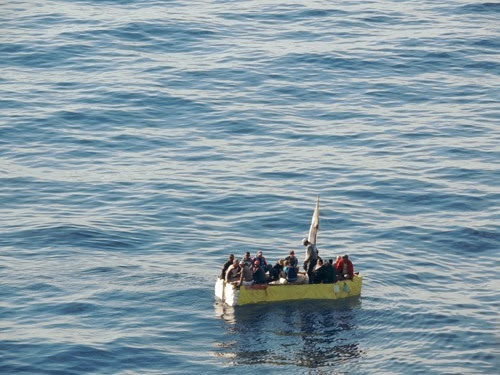 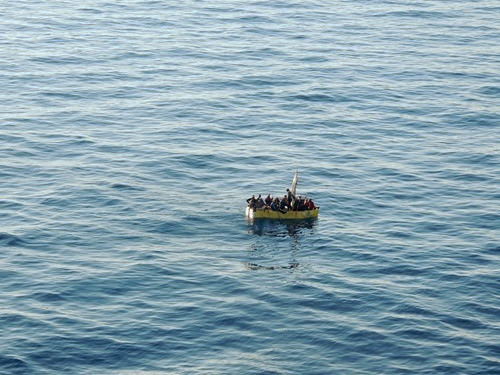 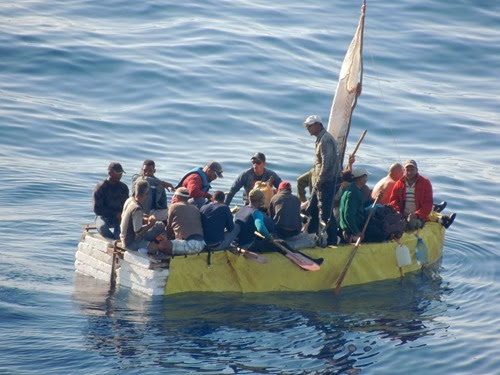 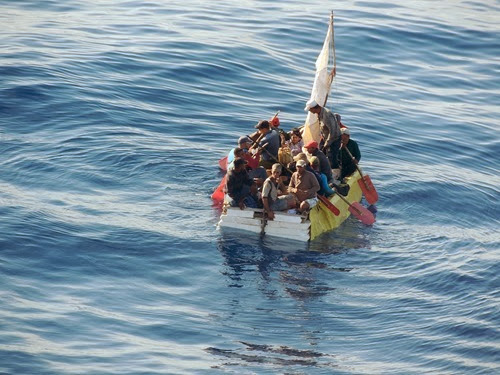 This homemade boat, completely full of people, had set sail from Cuba 4 days earlier. As you can see from the above photo, it is constructed from Styrofoam and tarp. They have oars and a sail. I heard a rumor that they had a small motor. There are bottles of water attached to the sides of the boat, but I can’t imagine how there was enough water and food to last very long. And here we were on a cruise ship. I was actually embarrassed. And after watching the raft for about 10 minutes, I felt overheated and dehydrated. I can’t imagine how these people must have felt. 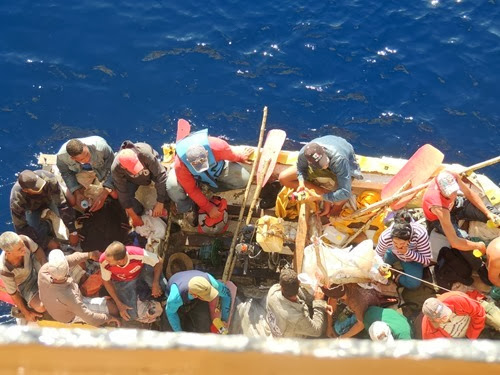 This is the boat pulled up right next to our ship. You can see that there is at least one woman on board. The people were given bottles of Gatorade and I believe some food as well. It was approximately an hour before the Coast Guard arrived. The group was brought from their raft onto the Coast Guard boat and I assume they were returned to Cuba shortly thereafter. 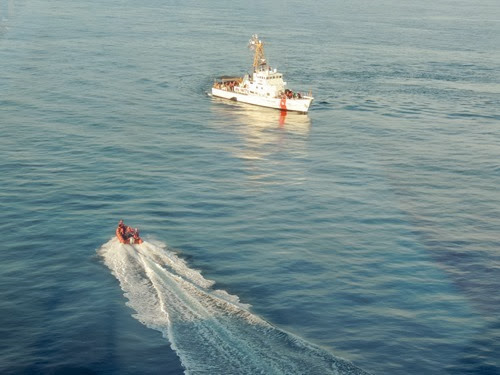 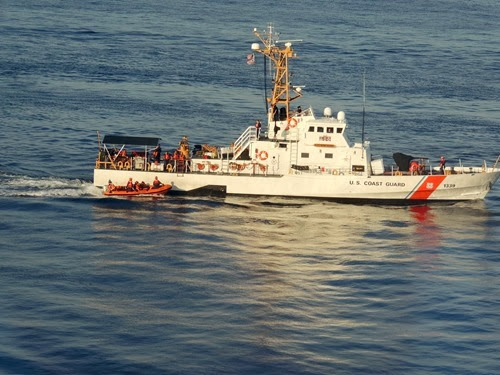 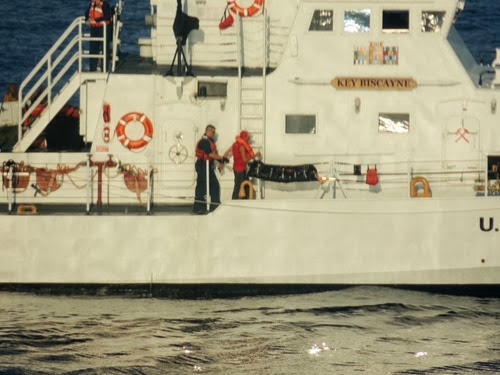 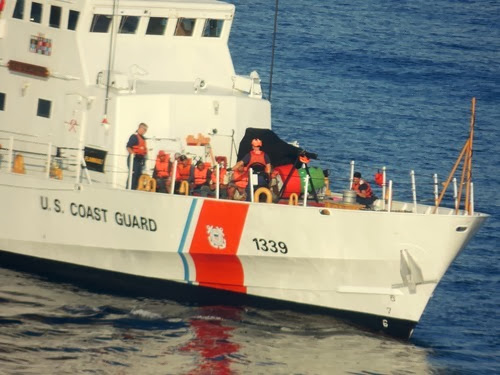 I saw some of the crew taking photos and this led me to believe that they had not seen such an occurrence before. However, when I searched, the Disney Wonder had in fact picked up a similar boat in April 2013. No news stories were found about these particular Cuban refugees.

My children were very interested to learn that not everyone lives in a country like America and that some people will go through drastic measures to escape the life they live. I feel like this lesson may have made them a bit more appreciative of the trip we were on and how well we live our daily lives.