I know I mentioned this a few times already, but over the past few weeks I binge watched Scandal and found myself addicted. I have not been in love with a show like this since Lost, and I think I’m even more in love with Scandal. My symptoms:

– When the show ends I immediately want to watch it again.

– I see CNN on at the gym and I expect to see President Fitzgerald Grant.

– I only want to read blogs about the show.

– I discovered Tumblr Scandal blogs and there’s no turning back now.

So I decided to start a series here on my blog all about my new favorite show. I think there is enough material to go on, and having just watched 40 episodes of the show, it’s all fresh in my mind. Having said that, if you aren’t up to date on the show, beware of spoilers! 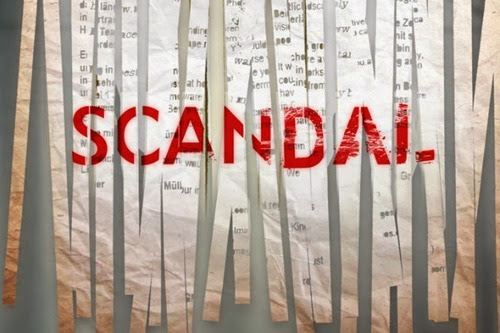 The first topic I want to address is the relationship between Fitz and Olivia. Yes, it’s scandalous. (Yes, Scandal is the title of the show!) But I love it. There is a lot of hate out there for this couple, but I’m just about fully on the side of them belonging together.

First, I want to point out that the show clearly always wants the viewers to remember that Fitz is married. I’ve never been so aware of a man’s wedding ring on a show before! 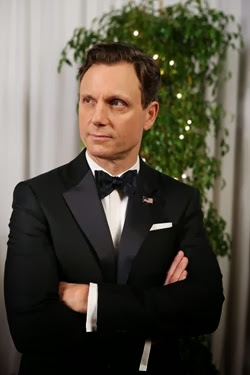 On the other hand, I truly believe Fitz loves Olivia. You’ve heard of the Five Love Languages, right? They are words, acts, gifts, time, and touch. I think for Fitz, he expresses his love in his own language – mostly in words, a lot of touch, and a major gift – a house. But let me argue that the house was not just a gift. It was proof that he listens to Olivia, that he hears what she wants. And I think for Olivia, it’s acts that do it for her. There are two times that she ultimately believes what Fitz has been saying all along. The first was when he sat with her and put her before his presidency. And the second was when he built her a house in Vermont – something they had talked about more than once, that he listened to and made a reality.

The anti Fitz and Olivia people claim that Fitz is manipulating her by building her a house, but I think this is how he shows her he really does love her. To her it was an act of hearing her. At the same time, gifts are important to Fitz. Remember the flag pin that Olivia gave him? He wears it all the time. And while she can’t quite tell him she loves him too (she did once that we’ve seen, while he was showing her the constitution – another act he did for her), when she tells him not to sell the the house, that is her words for “I love you too.”

I think there’s one more thing Olivia needs to do and that is to forgive Fitz for following orders. It’s not like he could have said no, and she knows that. She’s not really upset with Fitz, she’s upset with her father. They have forgiven each other for other things and this most recent one is big, but it wasn’t his fault. I think he needs to hear her forgiveness.

The on-screen chemistry the two actors have is so amazing that there are fans who argue that the actors themselves are actually in love! Both Tony Goldwyn and Kerry Washington are married – not to each other – and although they obviously have a good working relationship, I don’t think they’re in love with each other. I think they’re just that good.

What do you think? Are you in love with Fitz and Olivia? Or do you think he’s an unforgiveable puppet pulled by his former boss (Olivia’s father) and his wife?