Last night we celebrated the 2nd night of Hanukkah. We lit the menorah, and then I handed over presents to the kids.

Everyone was happy because they got exactly what they wanted. 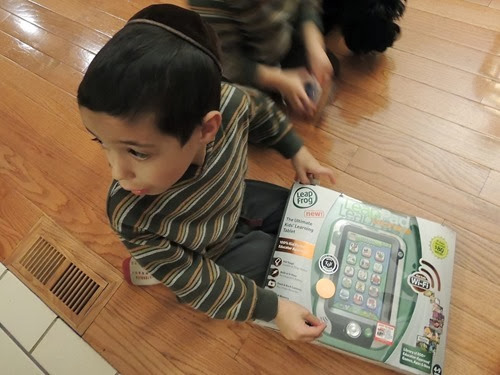 Zachary asked me for an iPad, or an iPad mini, or an iPod, and when I said no to them all, he asked for a Leap Pad. Lucky for him, I won one! 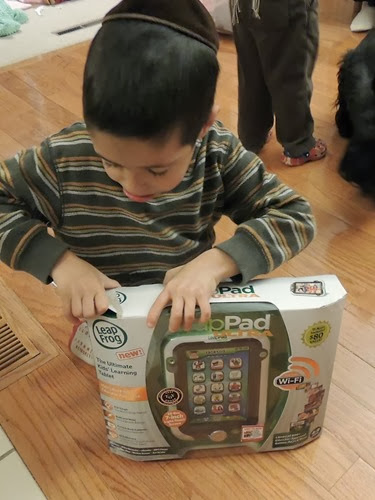 Gabbie had been asking for my old camera, but I lost the SD card for it. So when I saw a great deal on a camera, I ordered it for her! 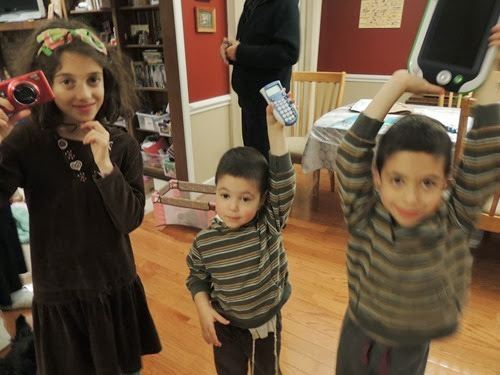 Simon had been begging for his own calculator. And since I still needed something electronic for him, I asked him what color calculator he wanted and picked one up at Target for $5! Luckily he’s 3, and he’s thrilled. 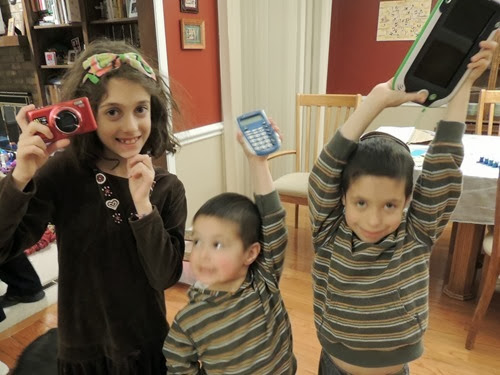 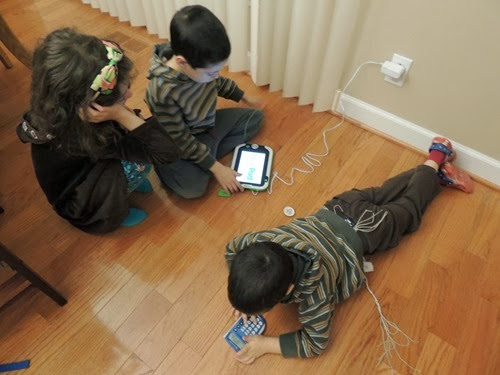 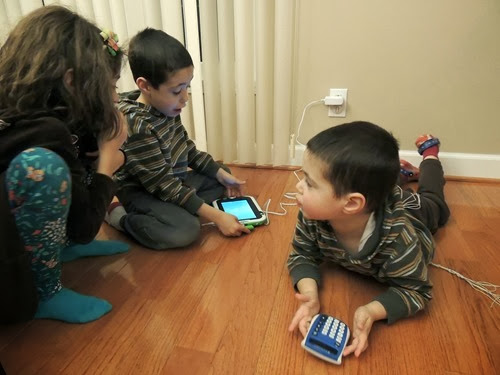 So, just after we lit the menorah, Gabbie’s camera was charging, so she still had to figure out how to use it, Zachary was playing with his Leap Pad and Simon was happily entering numbers into his calculator.