It’s been a lot of years since I turned 21. At first I thought I couldn’t even remember my 21st birthday, but then I remembered that I had pictures. And slowly the memories came back!

– I turned 21 during the fall of my senior year in college. I was younger than a lot of my friends, but my roommate and best friend was actually younger than me.

– So when the celebration started at midnight the night of my birthday, only my older friends could come with me to the bar.

– I seem to remember Dave not coming because he was studying or something. Could be wrong.

– I do remember the friend who bought me a drink for my birthday.

– We weren’t bar people and probably stayed there for about 10 minutes – long enough to buy and sip said drink and obtain a t-shirt that read “I Turned 21 at Olde Queens Tavern.” I looked and I cannot find the t-shirt.

– My roommate told me she had a present for me but she wasn’t going to give it to me yet.

– I don’t remember the day of my birthday, but that evening I think I had to be somewhere boring and after that I think Dave and I went to Dunkin’ Donuts or something.

– Then we went back to his apartment and…

– Surprise! My friends threw me a party. And now for the pictures I mentioned! 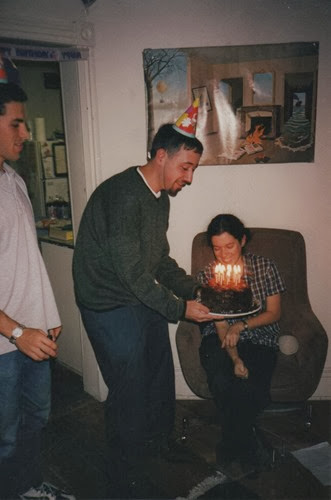 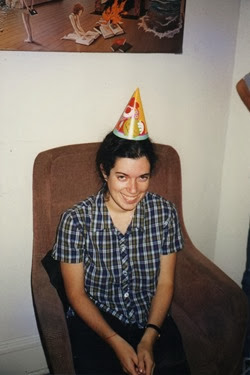 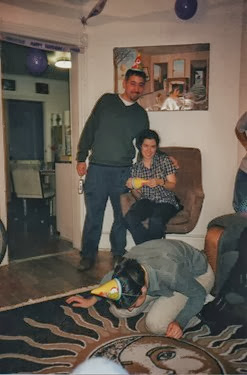 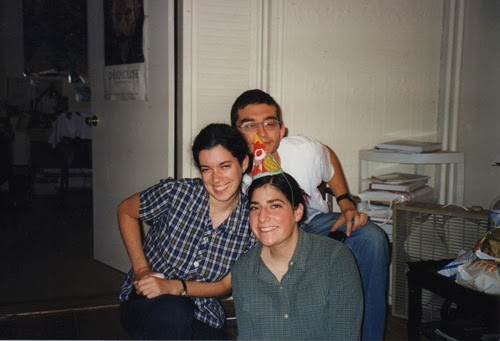 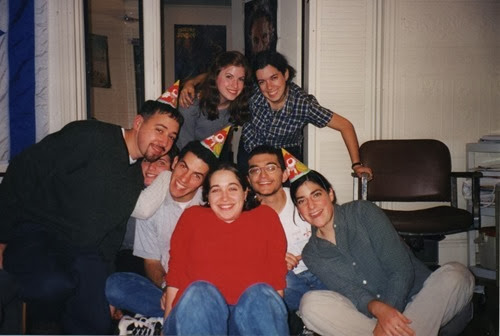 This picture makes me so happy and sad at the same time. Those in the picture or who knew the people in this picture know why.

And now, someone who has known me at least since I was 21… 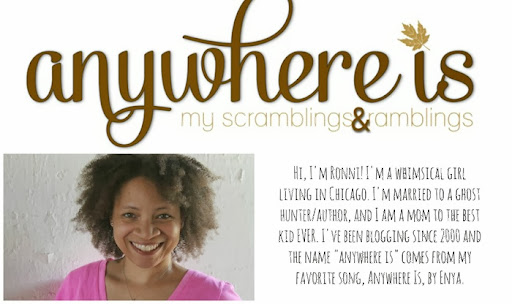 This is Ronni. Like I said, we’ve known each other for years and years, and we finally got to meet each other this past June in Disney World! Ronni shares my love of Disney! She loves to write and read and is a yoga instructor. She has an adorable 10 year old son who I also got to meet in June!

If you could travel anywhere, where would you go? My first choice is always Disney World, but I’ve been there nine times. It’s probably time to broaden my horizons! I really want to go to London, Scotland, Ireland, and Paris. Then, as a stretch, I’d like to go to Cambodia to see Ankor Wat. But I haven’t been out of the country at all yet, so heck, even a trip to Toronto would be fun, but only during the summer.

Where have you previously traveled that you loved and would return to? Disney World! As I said, I’ve been nine times and I can’t wait to go again. Also, I like Disneyland. In fact, I enjoy traveling to southern California. I’m not sure if I could live there, but the few times I’ve been, it’s been fun. I liked San Francisco a lot as well.

Do you have any upcoming travel plans? Yes! I’m going to New York City this October and New Orleans in January! Haven’t booked it yet, but planning on a Disney World trip in February.

Go visit Ronni and tell her I sent you!