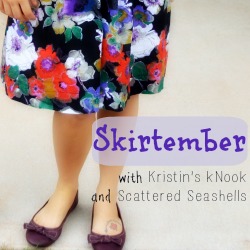 This month I decided to take part in the Skirtember challenge. The challenge is officially to wear a skirt every day in September, but you can also do so for as many days as you choose. I decided I would wear a skirt (or a dress) at least three days a week in September – knowing that the challenge would be easy at least 3 weeks out of the month due to the Jewish holidays!

One of the harder parts of the challenge for me is taking photos of my outfits – as you can see below. I mostly took these photos on my own using the self-timer on my camera (the only one I didn’t take is the first one). I also planned my outfits and took the photos ahead of time for the outfits I wore on Rosh Hashanah. 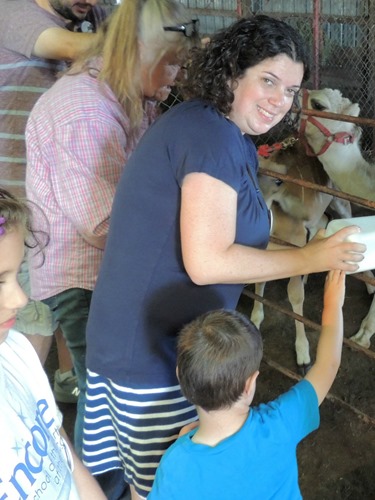 September 2. Pretty bad photo of me! I wore a dress under a shirt. 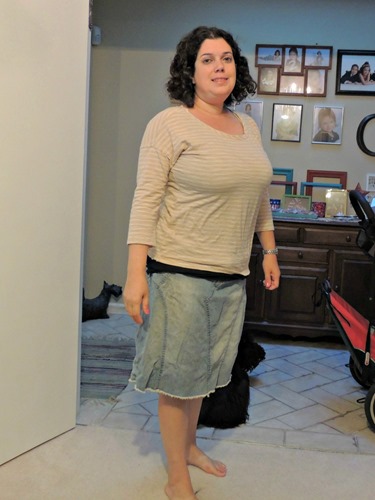 September 3. I’ve had this skirt forever, a friend of mine gave it to me. It has pockets, which I appreciate for holding my phone! And Kristin told me denim skirts are in. The top is Old Navy and I love it. 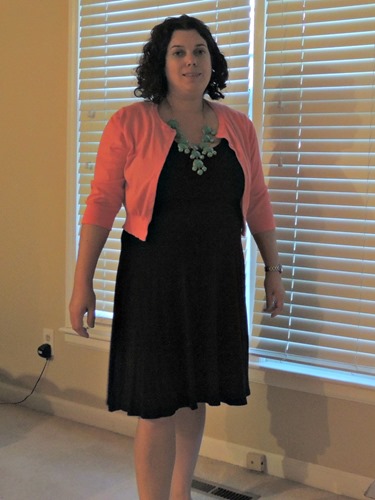 September 5. I really like this outfit. The dress fits me well. I also love these cropped cardigans from Old Navy as you will see in the next two photos! And the necklace obviously makes the outfit. 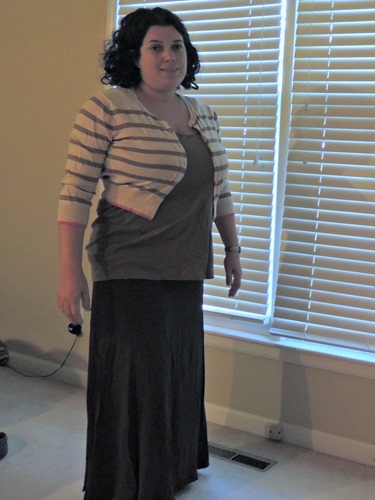 September 6. I found this maxi skirt in my closet. I don’t think this outfit was really fancy enough for Rosh Hashanah though! 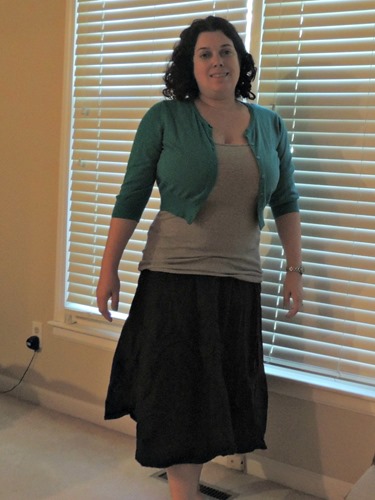 September 7. I actually wore a black and white tank instead of the grey and wore the same necklace as in the Sept. 5th photo. 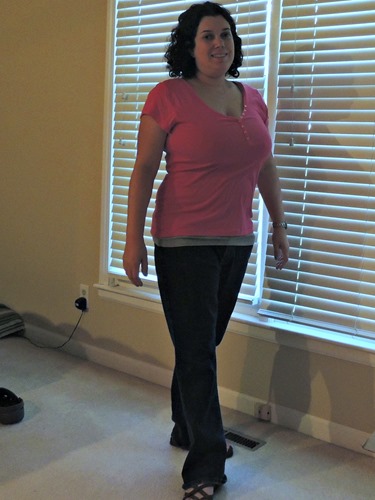 Just for fun. I wore this on September 4 and see those jeans? I found them at Goodwill for $3. They are Old Navy jeans. Love it.

I’m enjoying styling different outfits and have been thinking about how I will bring my summer clothes into the fall season. Hopefully I’ll be posting more on that later this week!