A few weeks ago, Dave and I had the opportunity to hear Avi Schonbrun speak at a local event. His name may not be one you recognize, but his story is pretty amazing. Schonbrun was one of only four out of 662 Cantor Fitzgerald employees who were present in the World Trade Center on September 11th who survived. He was actually the only one out of the 662 who escaped absolutely unharmed – the other three survivors were badly burned. Schonbrun described to us his escape from the building with a co-worker who had been burned by a ball of fire in the elevator shaft which occurred when the first plane hit the tower they were in. Together they made their way down 78 flights of stairs and out of the building, each depending on the other for support. 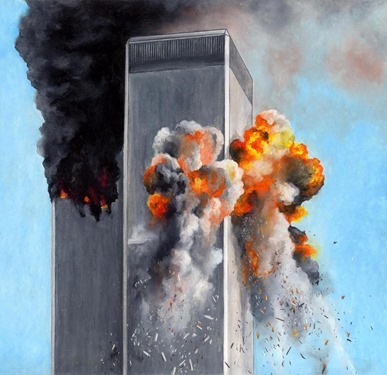 Schonbrun went into detail about all the little things that occurred that actually saved him that day. First and foremost, he was late to work because his son needed help with placing a book order. His son forgot to bring home his book order on Friday after school, and instead brought it home on Monday. Since they hadn’t worked on the order on Monday night, they had to complete it Tuesday morning. Because of this, Schonbrun was on the 78th floor, rather than at the very top, when the plane hit the building. He feels that God was looking out for him that day. And I wonder – was God looking out for the 1000s of people who died that day? 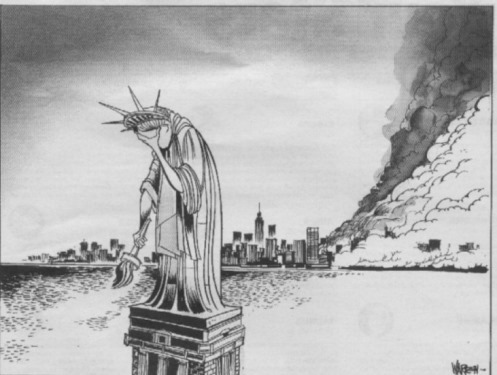 Listening to Schonbrun brought me right back to that day. He described the weather – it was beautiful outside, clear and sunny, not a cloud to be seen. He also mentioned the fact that Rosh Hashanah was exactly a week after September 11th that year. I clearly remember sitting at the table on Rosh Hashanah, still in shock from what had occurred just one week earlier. That day, and the days after, it seemed like the world had stopped. The bright blue sky echoed with silence. At the time, I lived in New Jersey and attended school in New York City. Did the world stand still in other parts of the country too? What was it like that day where you lived?

This post is part of the Blogelina Commentathon. Thanks for stopping by. I look forward to hearing from you! I reply to comments via email – if you don’t have your email attached to your blogger profile, please leave it in your comment!