As I’m sure you know by now, Simon had his third birthday party, including his first haircut, on Sunday.

“The third birthday is a significant stage in the life of a Jewish boy. It is then that he officially begins his Torah education, and starts to wear a kippah and tzitzit.

On a developmental level, three years old is a key transition time. Until now, the boy was a baby – blanket, bottle, diapers. Now he is ready to move into the world of friends, school, etc. Cutting his hair at this time makes a strong emotional impression on the child. He knows that he is advancing to a new stage of maturity, and this helps him live up to the new role.” – Aish.com 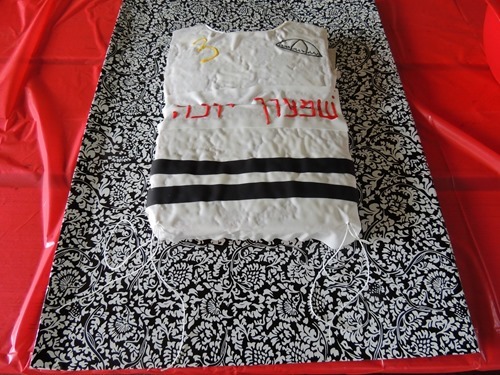 My good friend made us this cake shaped like tzitzit. I made the cake board by wrapping cardboard with contact paper! 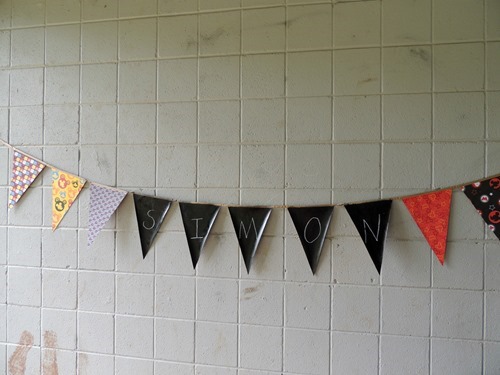 One of the banners I made. 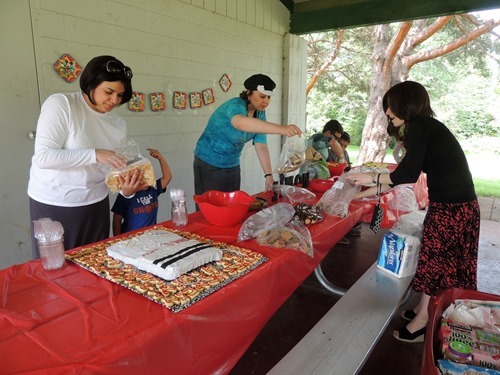 My friends and my sister-in-law setting up the dessert table. 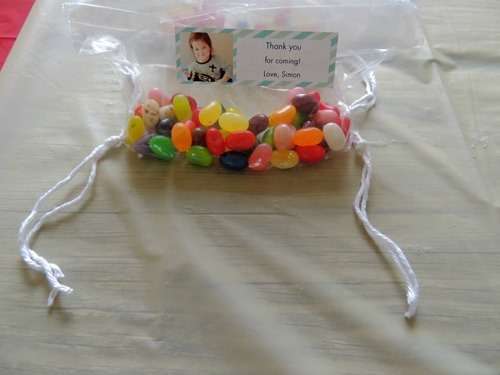 I made these bags to look like tzitzit as well. 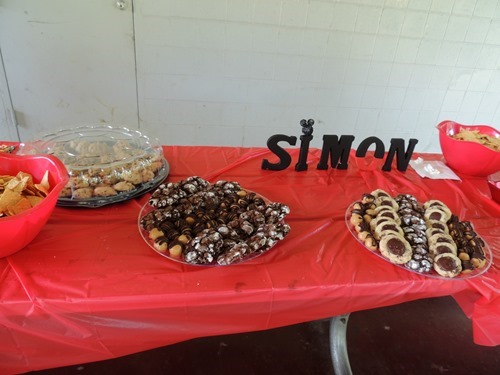 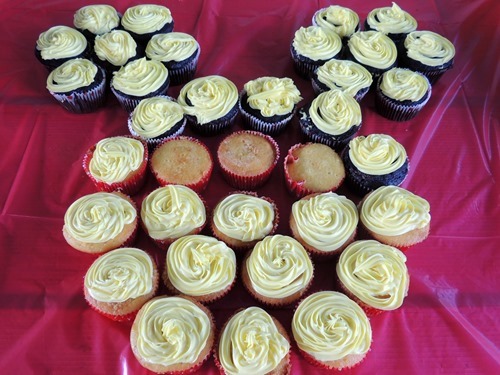 Cupcakes arranged like Mickey Mouse – some were missing icing but they got in the end! 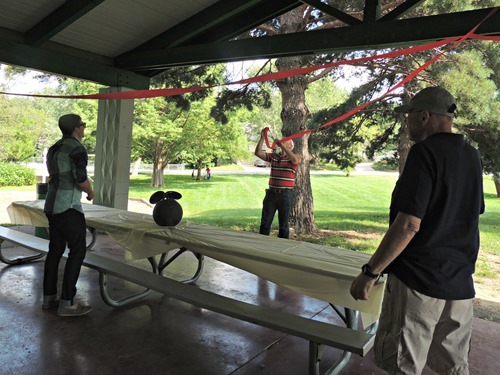 My crew trying to hang up streamers. 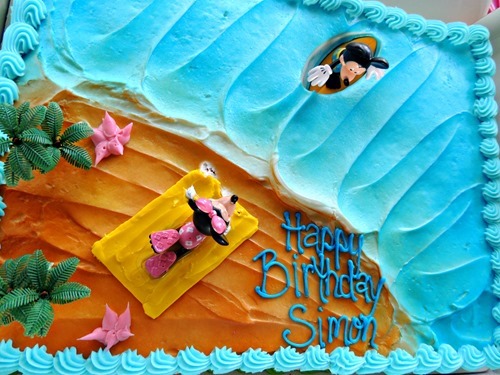 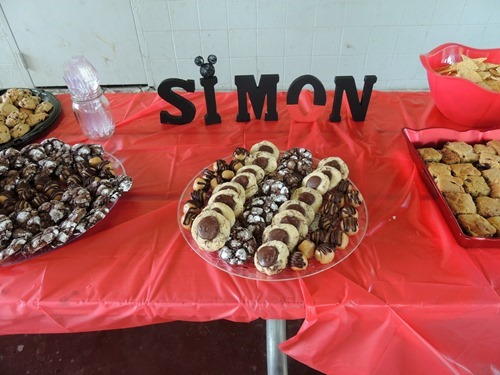 Another view of the Simon letters – I got the idea from here. 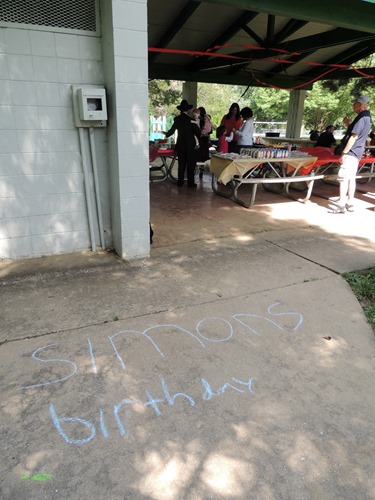 Gabbie and my nephew made chalk signs directing the way. 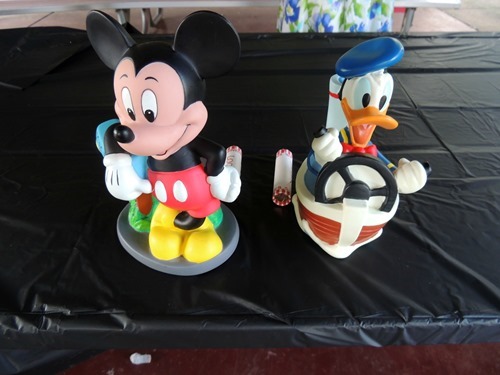 We got these Mickey Mouse and Donald Duck banks at the antique mall. We used them to have people give coins to charity when they cut a piece of Simon’s hair. They also distracted Simon and gave him something to play with. 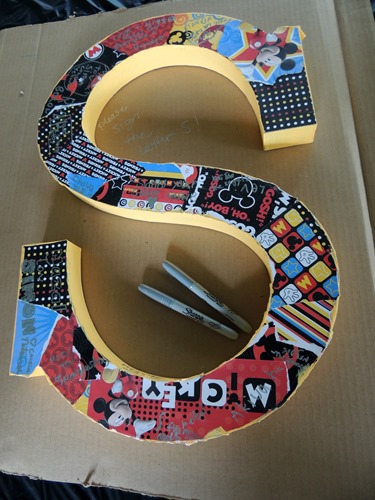 I made this letter S for everyone to sign for Simon. The decorations are going to be in his room. 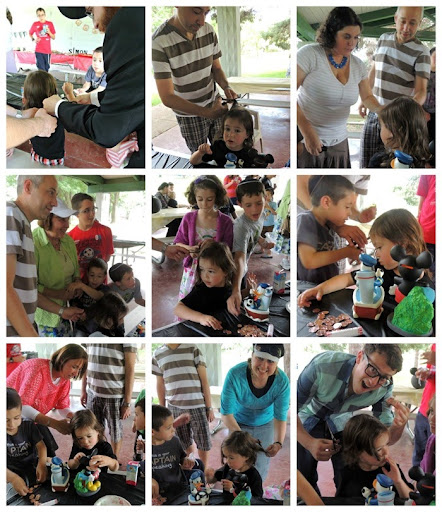 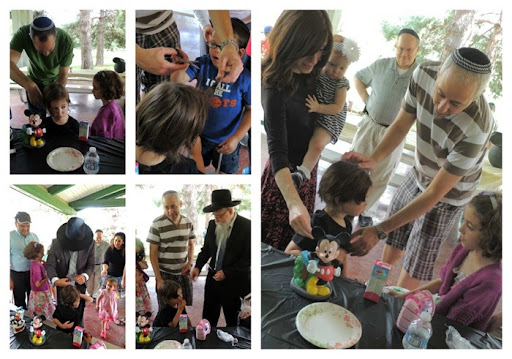 Friends and family cutting hair and putting in coins.

Scenes as it gets shorter. 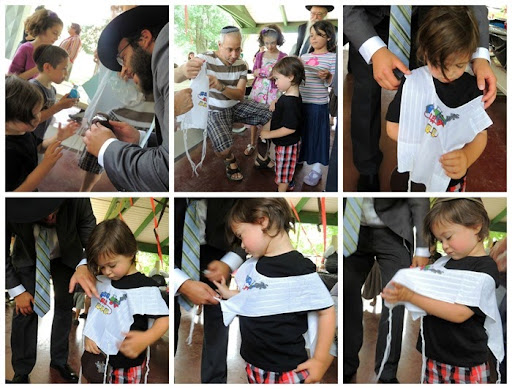 Simon tried on his new tzitzis. As you can see, he was a little unsure. He pushed it away and took it off right away. 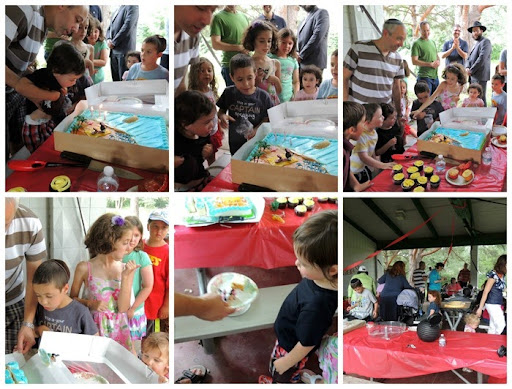 There was a bit of a mishap when blowing out the candles on the cake. See if you can spot it in this video: 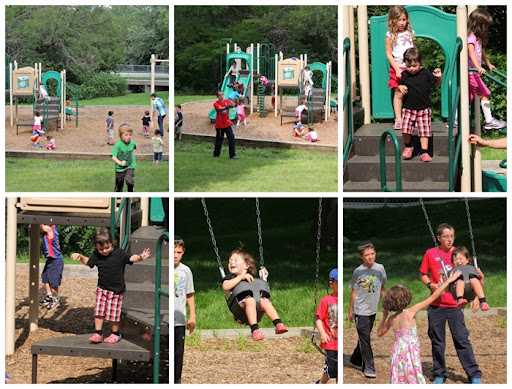 Other than eating, the kids also played on the playground.

After the party, Simon had the rest of his haircut at home. First we had to pretend to give Thomas a haircut. Simon was not happy with the buzzer or with getting his hair on himself! 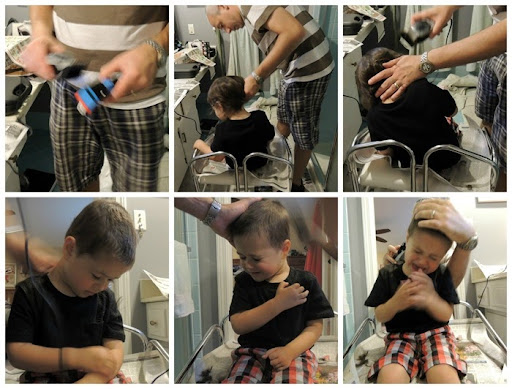 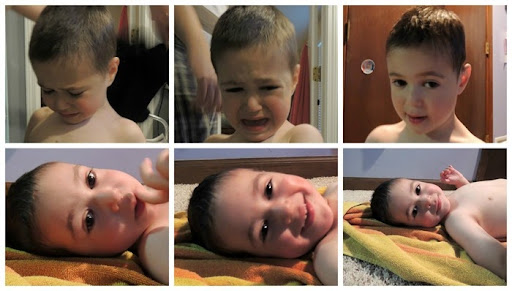 This is how Simon looks now!

Now Simon keeps saying “the baby is gone.” But he’s not convinced of that enough to start wearing underwear!