This week was a little different than the last two weeks, with less activities and less pictures taken! We’ve been wrapping up our preparations for Simon’s birthday party and welcoming family visitors in for the party. Next week we’ll turn our attention to preparing for school to begin!

In the morning we went to a park that the kids have been asking to return to. There is a little stream that the kids like to play in. We also brought bikes and Zachary’s friends came and they rode around and around a ton of times. Gabbie tried, but her bike doesn’t have training wheels anymore and she still can’t ride it. 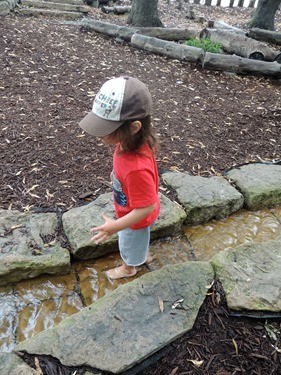 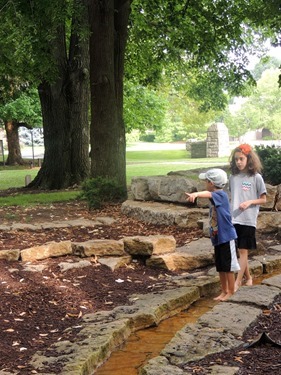 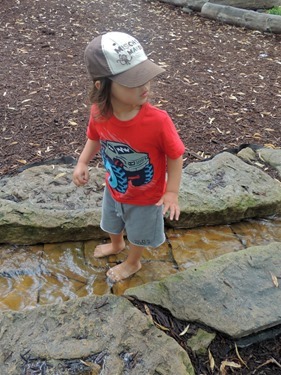 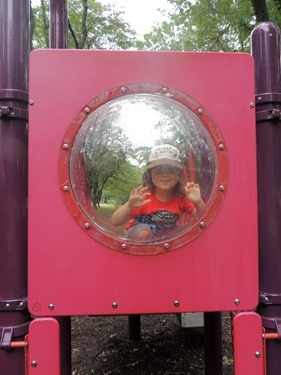 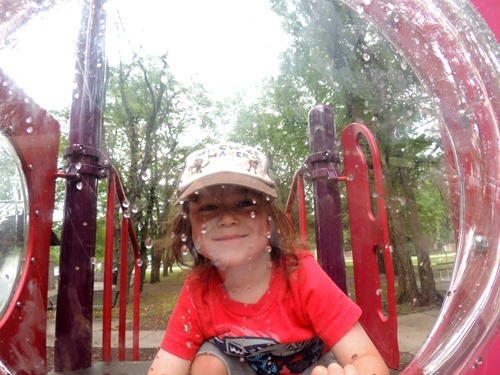 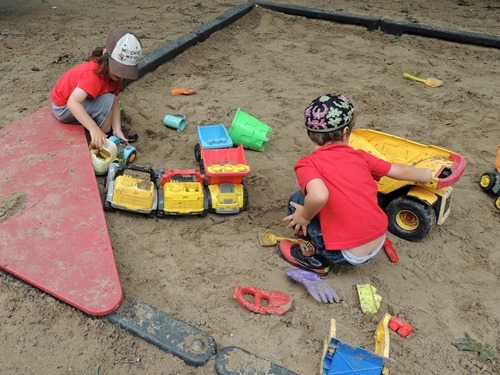 Simon lined up the trucks in the sand with his friend. I didn’t get any pictures of the bike riding!

In the morning, we had a lemonade stand outside our house. The boys also rode their bikes around on the sidewalk to keep themselves occupied. A few of our friends came by and got lemonade. More than one person gave all 3 kids a quarter even though they were only buying one cup, and one person even gave them a dollar and didn’t want any lemonade! They only made about $5 but they were happy about it and we were outside for quite awhile. 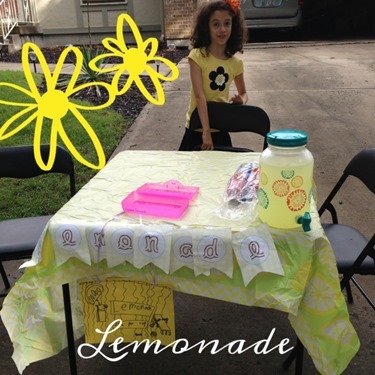 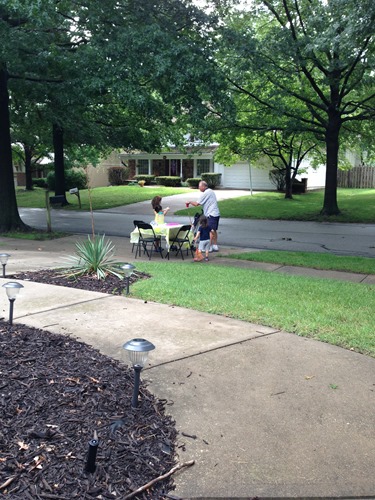 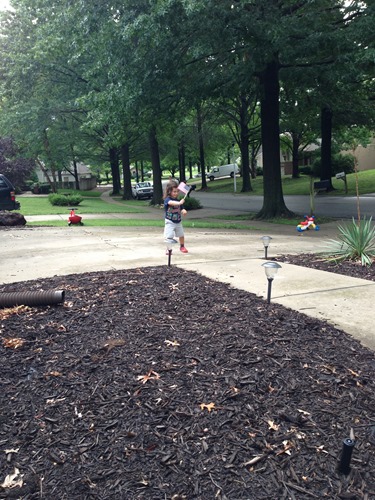 In the afternoon we went swimming and it was finally a beautiful day to be at the pool. I recently purchased a Puddle Jumper lifejacket for Simon and he loves being able to “swim” with me next to him, rather than holding him!

In the morning, Gabbie made a shoebox house for her small doll. I didn’t think the boys would be interested and I didn’t try to get them interested. 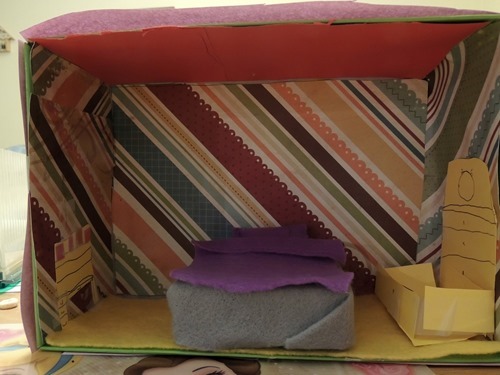 In the early afternoon we picked up my nephew at the airport. We made it a bit of an activity by parking in the lot and taking the bus to the terminal. We watched for his plane and met him as he came out of the secured area. When we got home we just hung around the house. The kids really enjoyed having their cousin around!

In the morning, the big kids stayed home with my nephew and Simon and I went to the grocery store. Then we all went to the antique mall, which was something my nephew was interested in. I ended up finding what I was looking for – a Mickey Mouse piggy bank – which I need for Simon’s party! In the afternoon we planned to go to the Johnson County Fair, but it was raining and supposed to rain, so we didn’t go. We went to the mall for a little while and that’s about all. The kids were so excited in the evening when Dave’s parents arrived.

Dave is off work today because his family is here (and more arrive today)! I have a lot of cooking to do and as of this morning it looks like Dave is taking over Mommy Camp duties for the day. I will have to send my camera along with him – I certainly did not take a lot of pictures this week yet!

Have a great weekend everyone!