Mommy Camp Week 1 is just about complete! It definitely worked out better than I’d been expecting, but you know the phrase “hope for the best but expect the worst”? That’s pretty much my motto. Lucky for me, there hasn’t been so much disaster that I want to throw in the towel – I can claim a successful first week. Here’s what we did this week.

First we made camp t-shirts. I also tried to potty train Simon but that didn’t go very well. I also tried to get the kids to work on their summer homework. Zachary did about two more pages – but there is only a certain type of page he will do and the rest remains undone. I think I should just let it go and accept he won’t be finishing it! In the afternoon we went to play glow in the dark mini-golf. 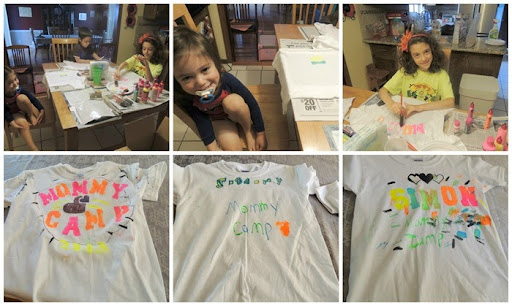 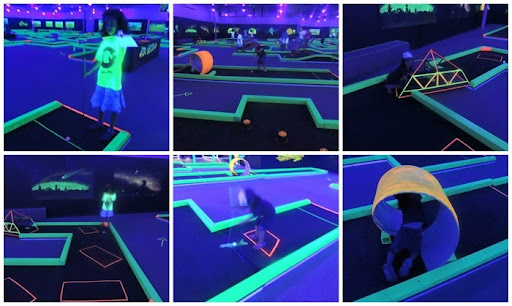 Golf was actually pretty fun. Simon kept putting his ball right next to the hole, sitting on the floor, and using his club to push the ball in. He thought he was doing great. Zachary scored a hole in one by kicking the ball instead of hitting it with his club! Gabbie kept score for herself, but I think she may have skipped counting some of her strokes!

We painted treasure boxes on Tuesday and Fairy houses on Thursday. I guess I did too many painting projects this week because on Wednesday Zachary asked me “what are we going to paint today?” Not every project is a painting project, but this week it seemed like it was! Our swimming days are Tuesday and Thursday. On Tuesday the forecast called for rain, so we went to the library instead. Then we went over to our friends’ house. On Thursday it was cloudy and overcast, but we went to the pool anyway. The kids played for about an hour and a half – not bad. When we left, it was just starting to drizzle. Next week I may mix up where we go to swim, but if it looks like rain, the local pool is probably the best bet. 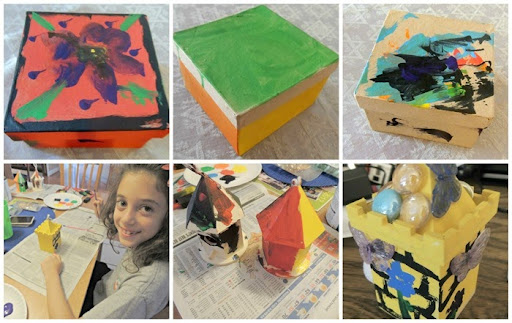 I already told you about our Mother / Daughter Tea Party in the afternoon. Wednesday morning we also went to the Johnson County Museum. This place is hit or miss for me. The kids sometimes run through all the activities super fast and decide they are done. Sometimes they play for awhile. The good thing is that it is free. So when we spent 2 hours there I was very happy! 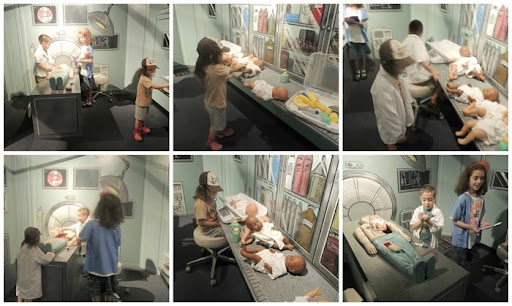 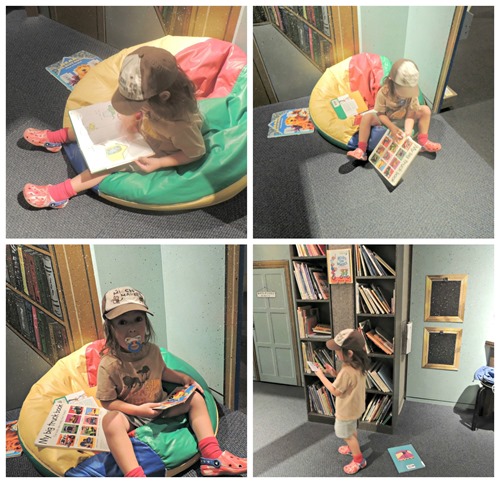 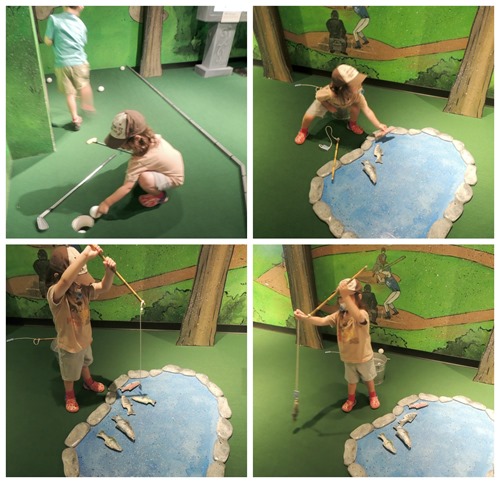 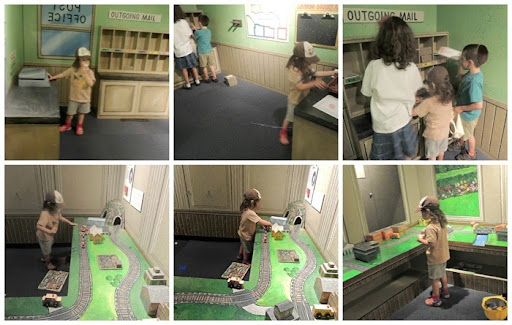 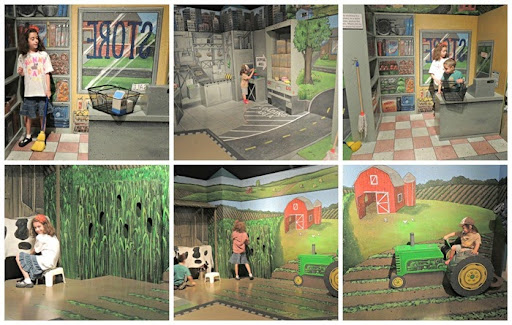 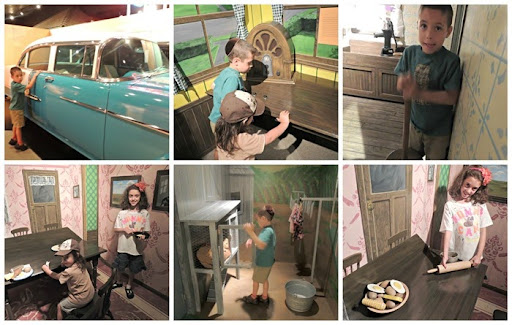 In the last play area, the kids were playing Little House on the Prairie and it was so cute!

Well, that’s today! I guess I will have to include today’s update in next week’s post! I have a few plans for today – a backyard safari game, and maybe bringing out the kiddie pool and fixing our water table to play outside. I also found out about a program at the Kansas City Museum – which I’ve never even heard of! If the kids are crazy without getting out of the house tomorrow, then we may go there. We probably will bake something as well. Actually we already baked this week, but I’ll be posting about that project separately! And I got something super fun in the mail today that just may become a fun activity today or next week!