On Thursday, Gabbie’s second grade class had their big end of the year event – the International Fair. Every child chose a country to research. They made scrapbooks with information about their country. They made large display posters and brought in items from their country to share on tables in the hallway. And they wore costumes representing their country for a show, in which they sang a few songs and each child spoke about why they chose their country. The reasons much of the time were that family members were born there or had been there. A few kids had been to their countries. Gabbie chose to research Egypt. 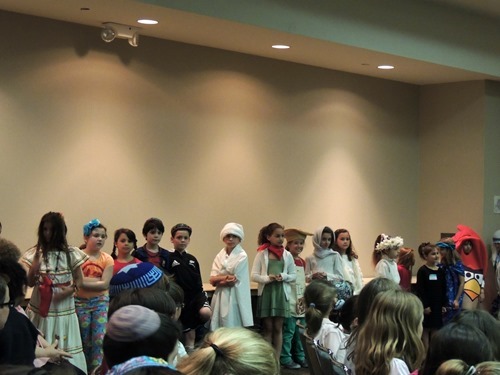 The kids lined up and walked into the room singing “It’s a Small World.” 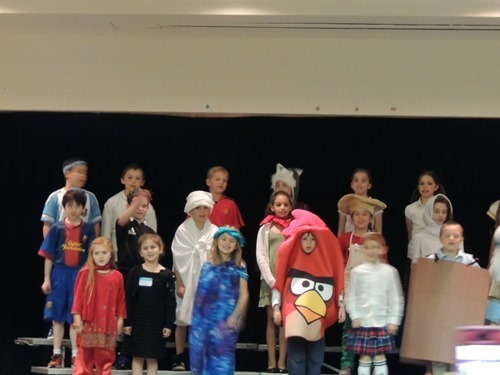 Some kids on the stage. The Angry Bird is representing Finland, where Angry Birds was made! Gabbie is behind the boy with the brown square on him – he’s supposed to be chocolate, representing Switzerland! 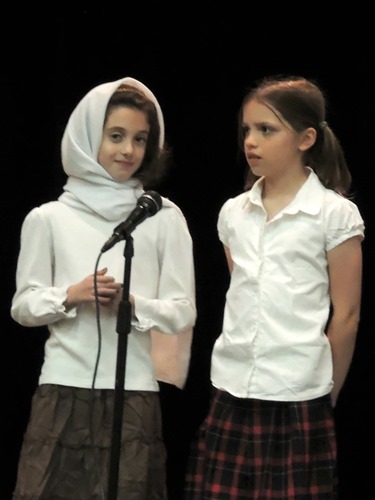 They started by reciting the International Rights of the Child. They memorized their parts and recited them with a friend. 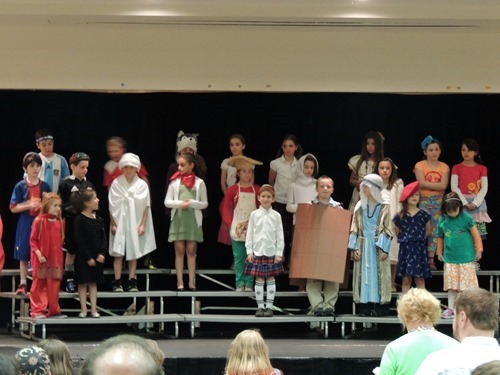 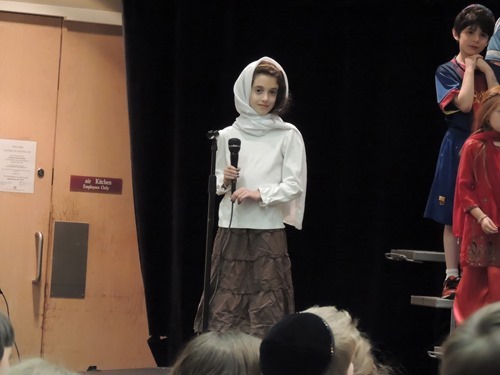 “Assalaamu Aleikum (ah-sah-LA-moo ah-LAY-koom). That means hello. Mitzrayim is Egypt in Hebrew. I wanted this country because my Mommy and Daddy have been there. Did you know that the Great Pyramid of Giza was made out of 2,300,000 blocks of stone. I want to see the pyramids and shuls in Egypt. Make sure no one makes you their slave. Oh, I forgot that there are no more Pharoahs. Ma salaama (MAH sah-LAH-mah), that means goodbye.” 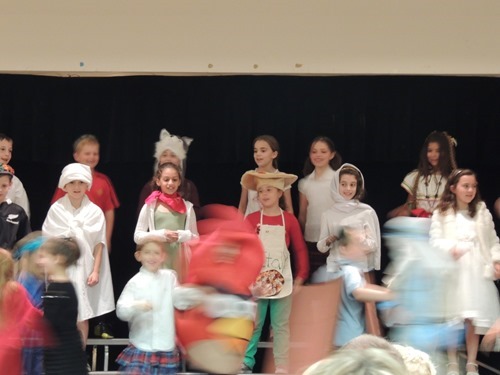 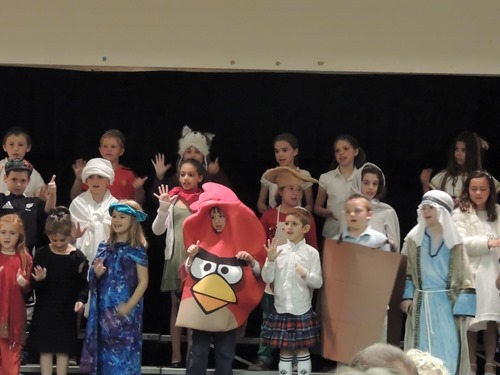 At the end they sang two songs and recited “Hug of War” by Shel Silverstein. 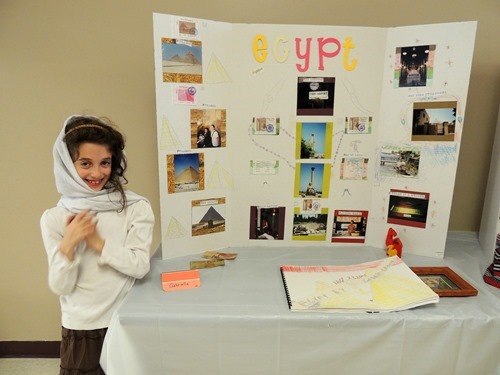 Next we got to visit the tables! Gabbie was very proud of hers. 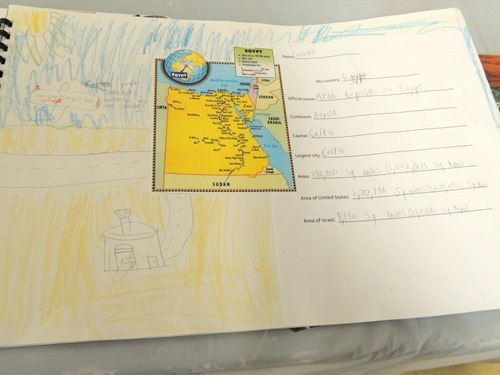 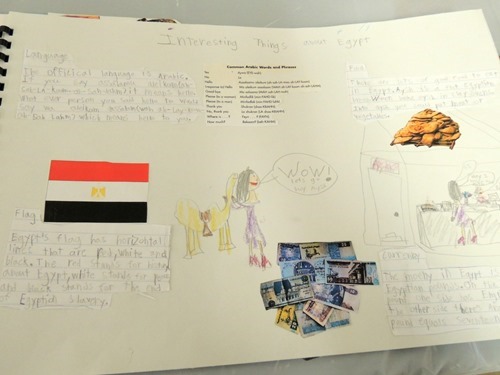 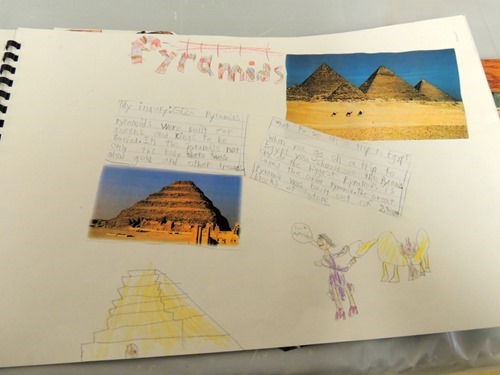 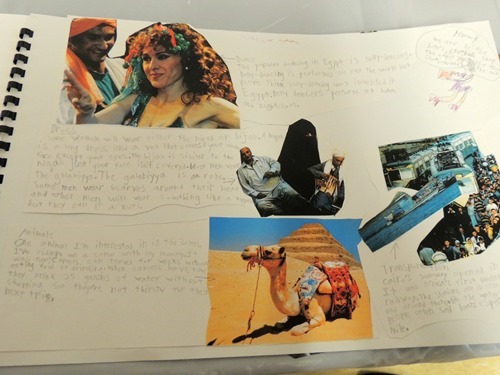 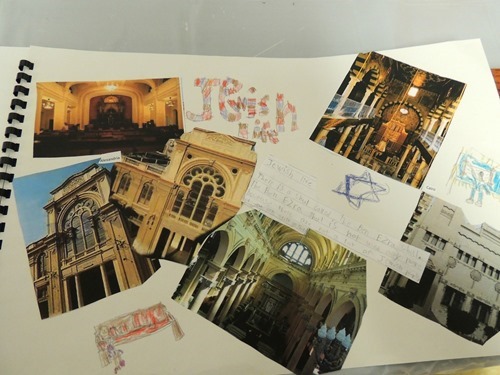 Here are her scrapbook pages. 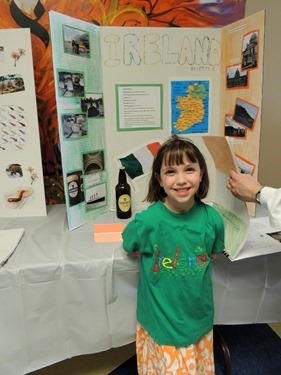 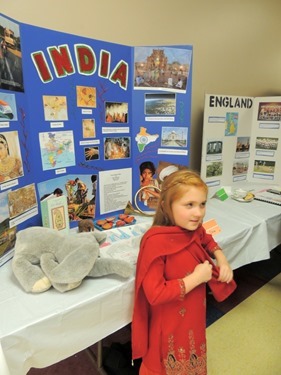 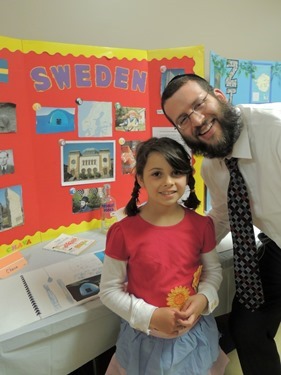 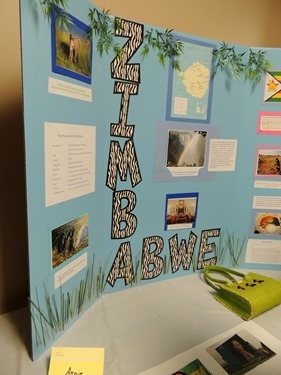 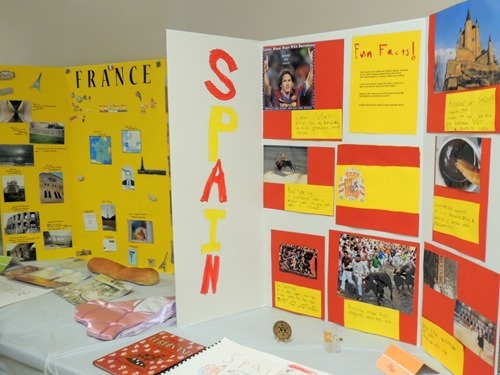 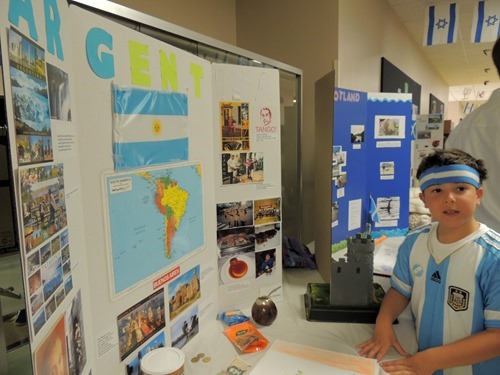 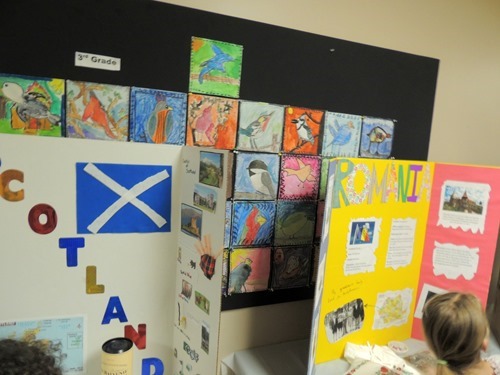 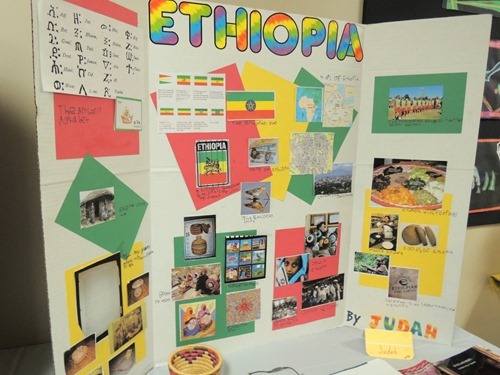 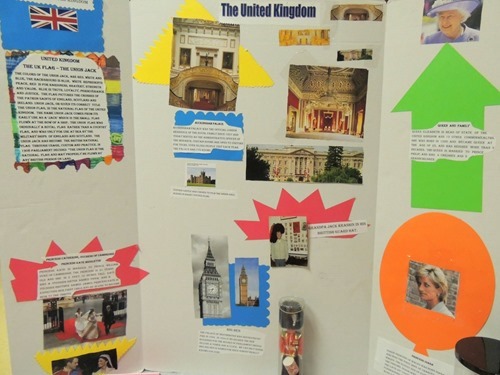 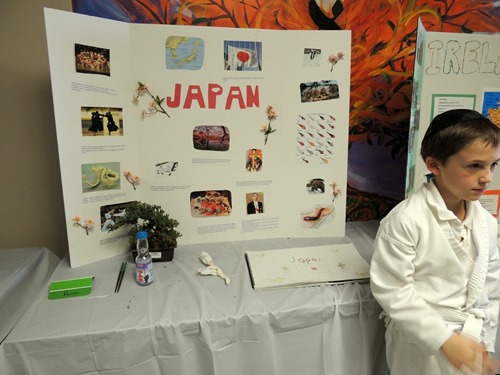 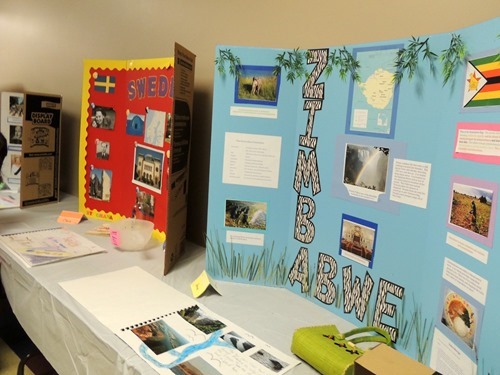 Zimbabwe again – I guess it was my favorite! 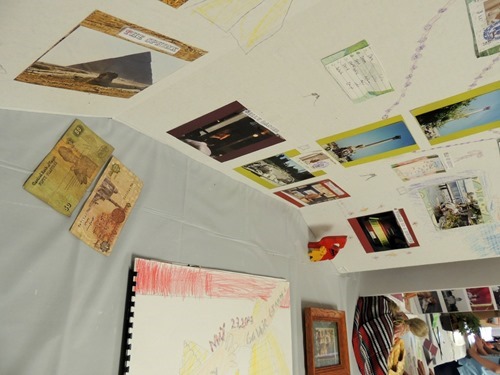 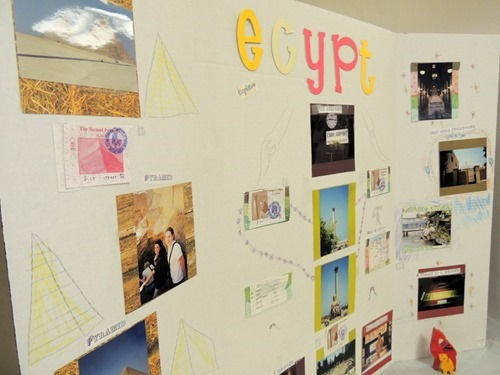