A Melaveh Malkah is customarily a meal held after the Sabbath – on Saturday evening – to figuratively escort the Sabbath out, as one would escort out a queen. The kindergartners put on a show for their “Melaveh Malkah” ceremony, in which they sings songs about Shabbat coming and about the end of Shabbat.

Zachary appears in these pictures in the middle of the front row – the 4th from the right (and 6th from left, when they are all in the picture). 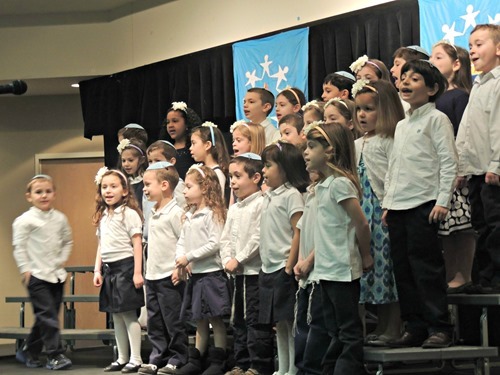 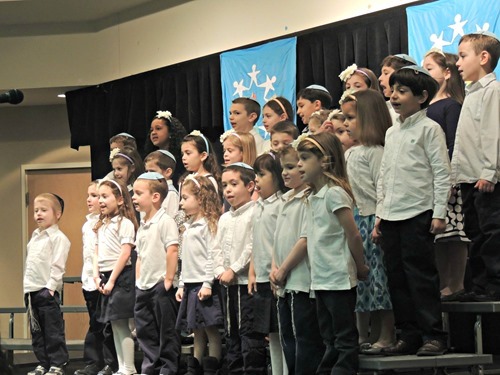 The kids took turns coming to the front and either singing or speaking at the microphone. Zachary’s part was singing a song while standing with two girls from his class. 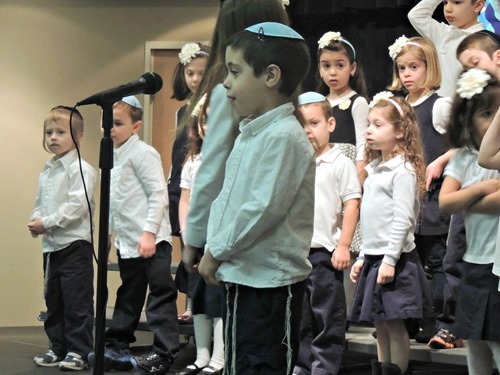 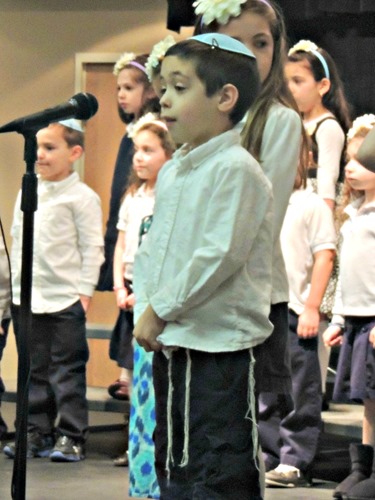 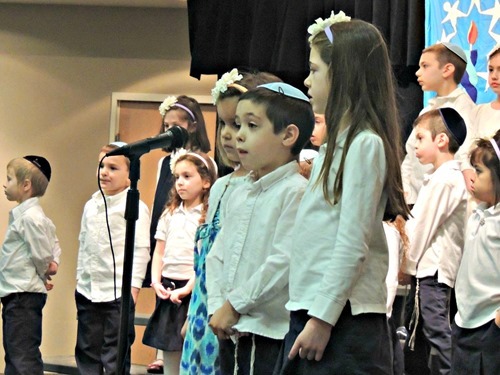 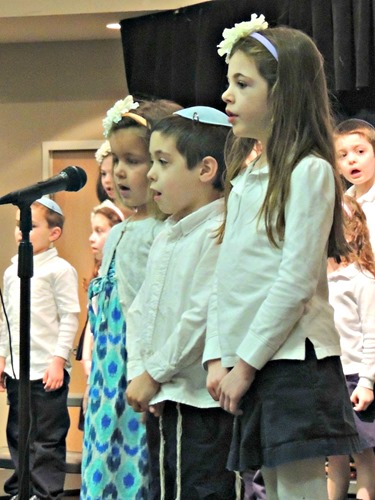 Here is the whole group again: 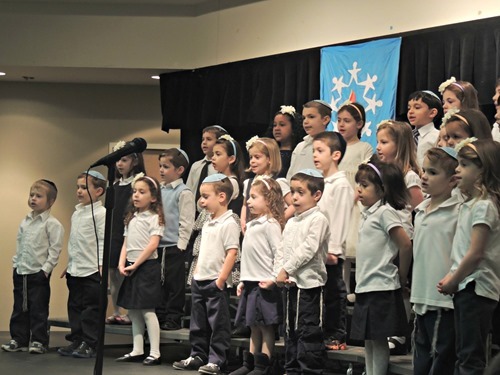 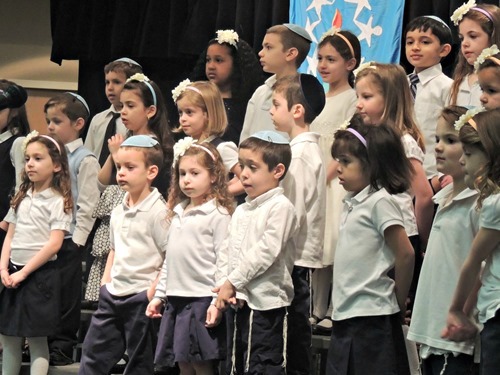 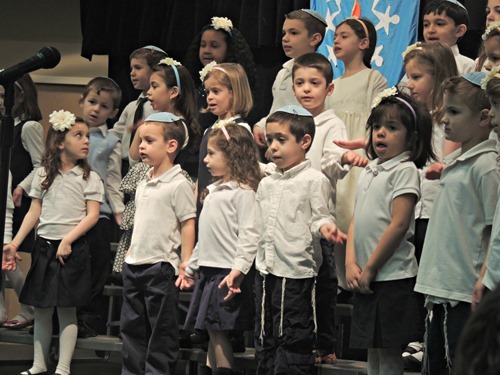 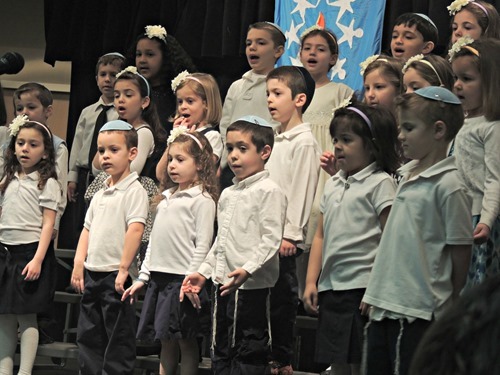 At the end, the kids were given a rose to bring to whoever they wanted to give them to. Zachary chose to give his to Gabbie, which I thought was very cute. Then I found out that Gabbie told him to do that! 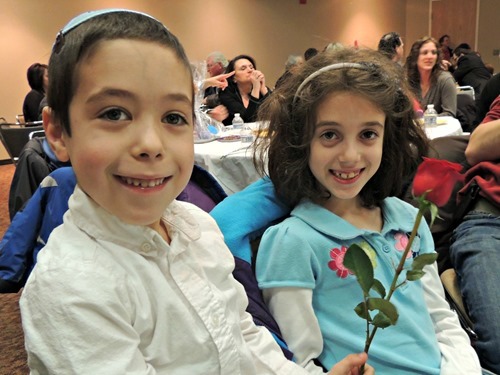 We enjoyed watching Zachary and the kindergarten class this morning!