It’s finally finished! After almost 2 years of working on this project (some of which it was on time out), last week I finished all the knitting and sewed together my Swing Swagger Harlequin Coat. In some ways the pattern was impossible, in others it was the best pattern I’ve ever followed! The pattern is from a book called Swing, Swagger, Drape: Knit the Colors of Australia and the coat is featured on the cover of the book.

I was introduced to the idea of knitting the jacket by my friend, who also let me borrow the book. I bought rainbow and black yarn for my project – Crystal Palace Yarns Mochi Plus in rainbow and Nashua Handknits Creative Focus Worsted in black. It is knit in mitered squares, each adding onto the next. 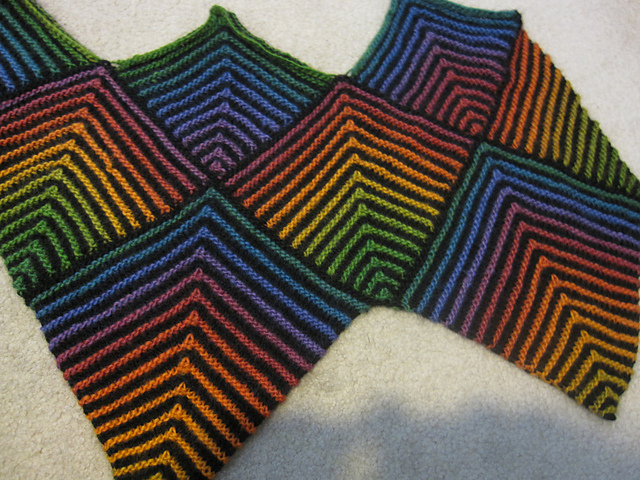 Honestly, once I finished the skirt section and moved onto the bodice section, I realized I was going to look crazy wearing it in public. When I tried it on prior to attaching the sleeves, I declared myself to be Joseph in his coat of many colors. My friends thought I might just leave the sleeves off and make it a vest, but I’d already knit them, so I attached them. I forgot how to seam though so I had to do it multiple times.

Maybe you can’t tell the difference between this: 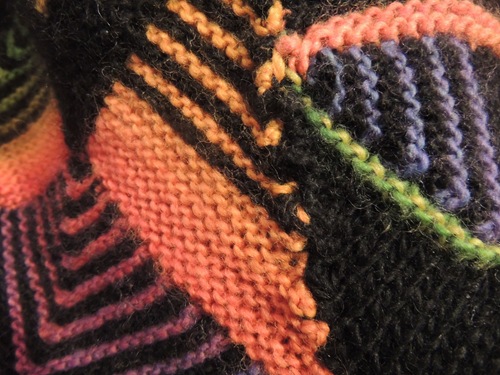 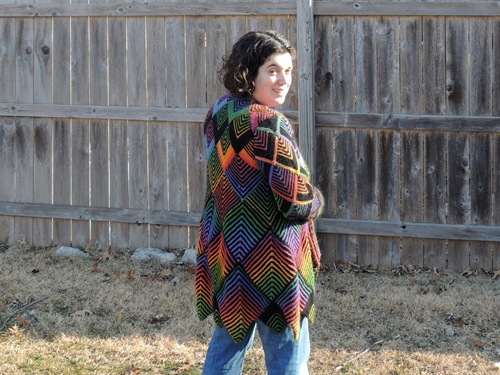 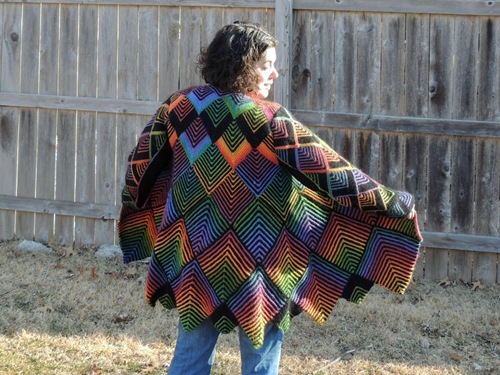 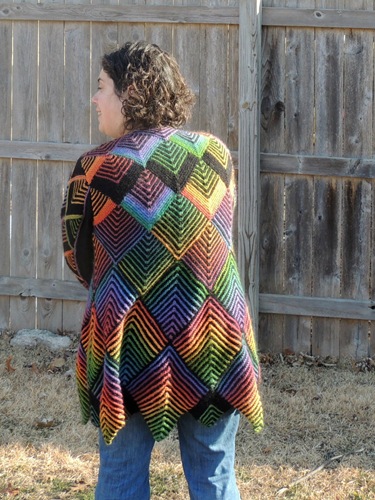 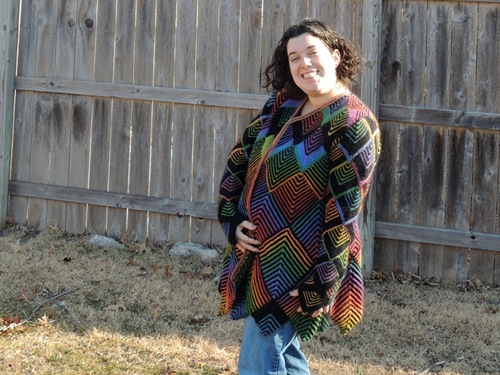 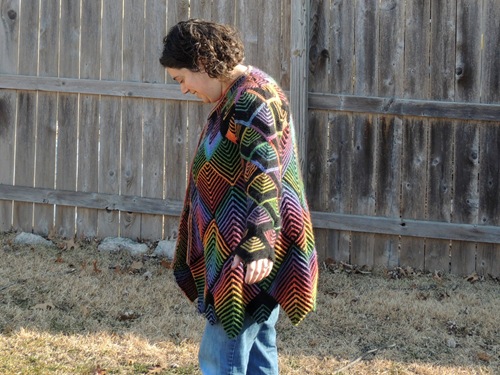 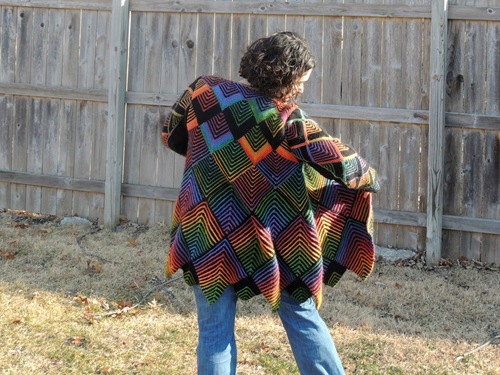 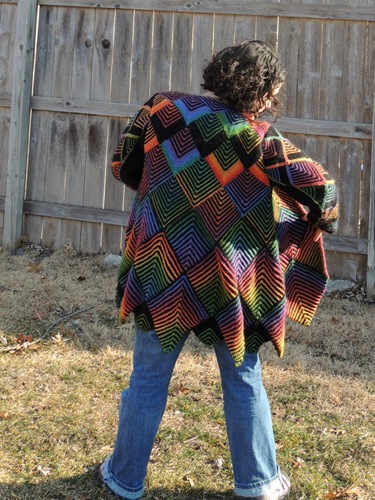 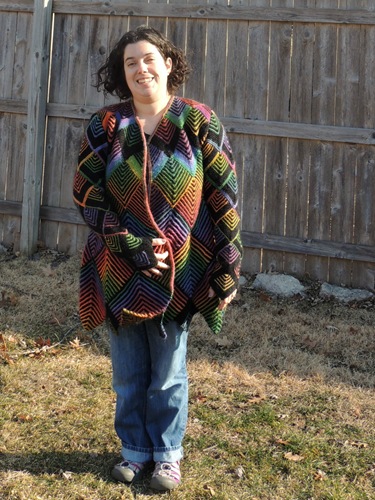 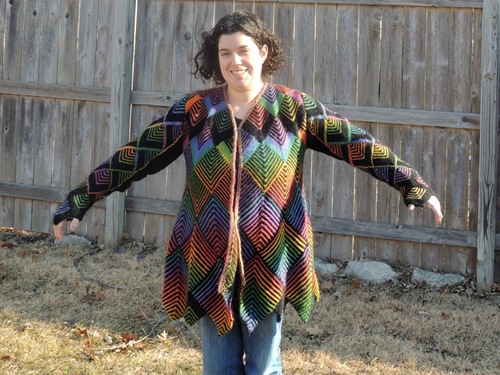