Last weekend I had a party! I very rarely host parties at my house, but an opportunity presented itself and I’m so glad I took it. Have you heard of houseparty.com? They host various opportunities where when you are approved, they send you a pack of essentials to host your party. I was selected to host a Hasbro Game Night, so I received the following:

My job was to get the food together and set up for the party. Oh yeah, and invite my friends. I posted on facebook and sent out the invites directly from houseparty.com. Most of my friends replied “maybe,” but we ended up with 16 total guests including Dave and me. Here are some pictures of the set up: 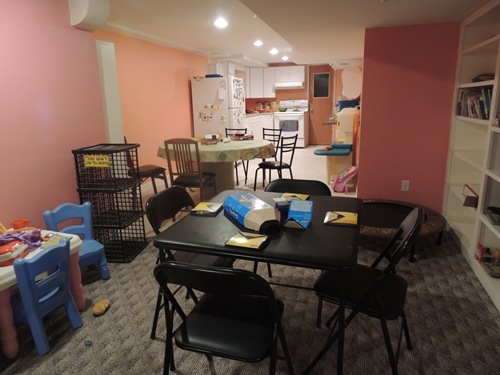 We had the party in the basement. Everyone was impressed by our 2nd kitchen down there! 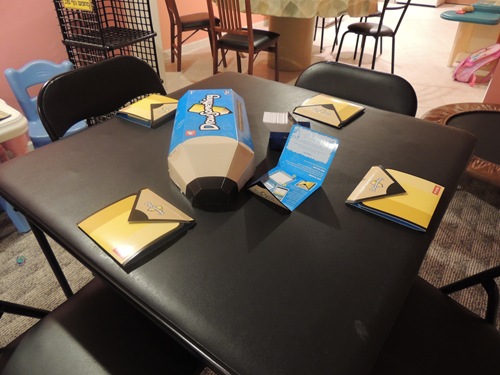 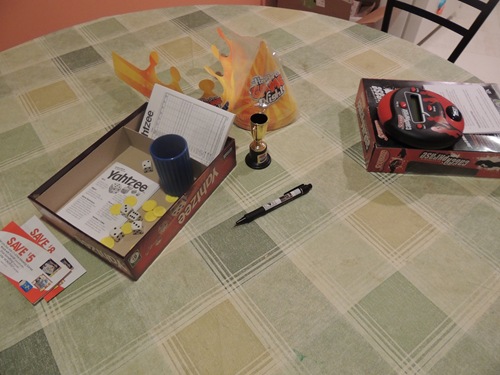 Yahtzee and Catchphrase, plus the game night hats and trophy 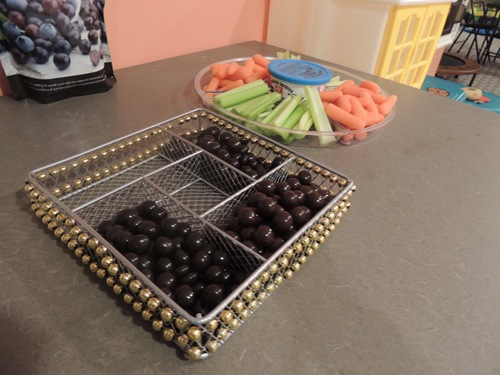 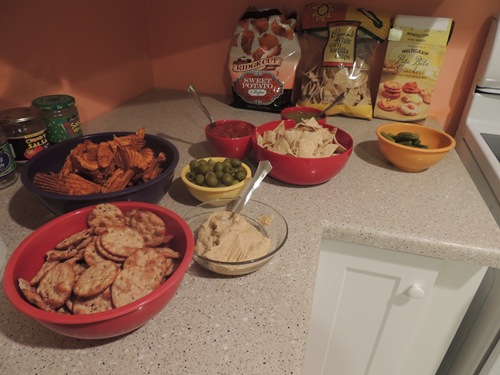 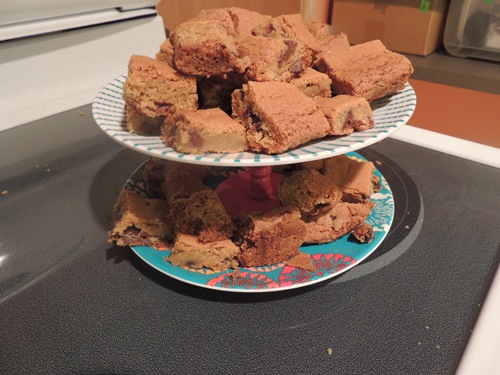 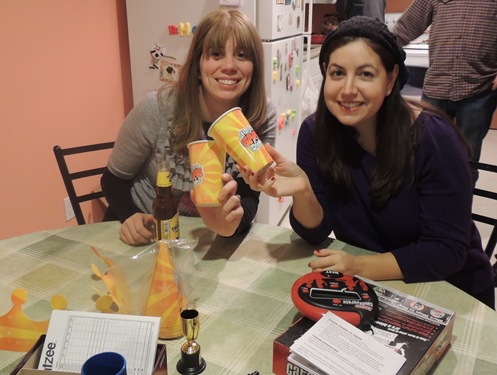 The cups we received 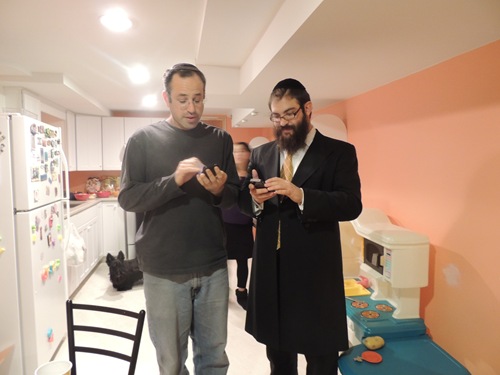 They were doing something on their phones. I thought it was funny. 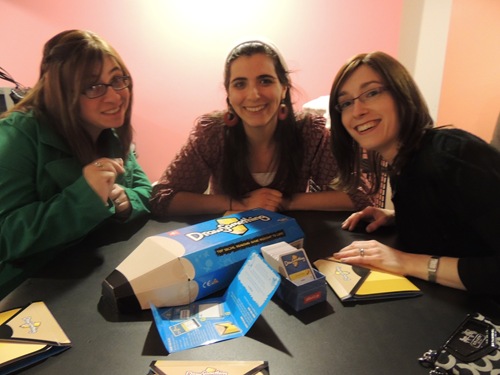 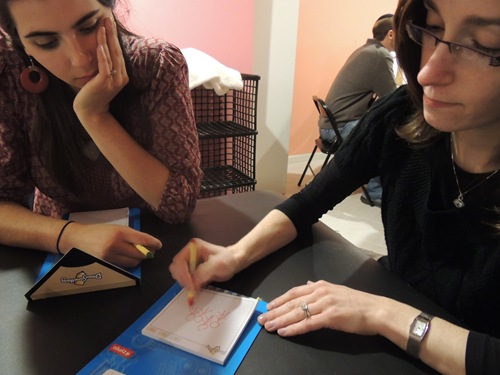 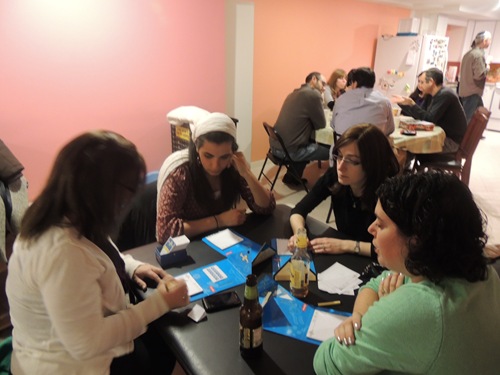 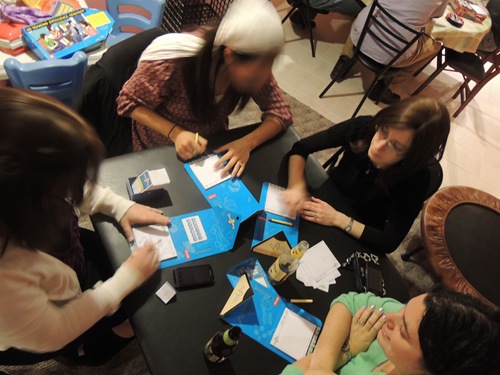 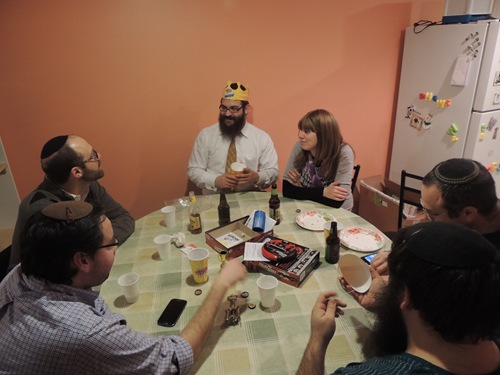 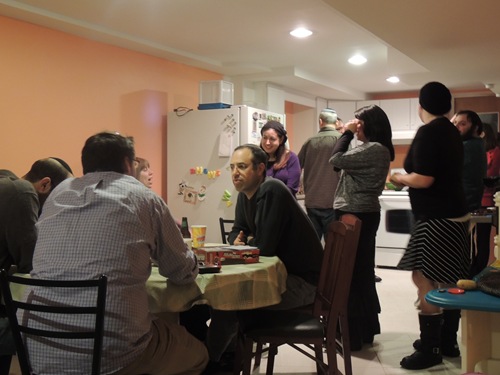 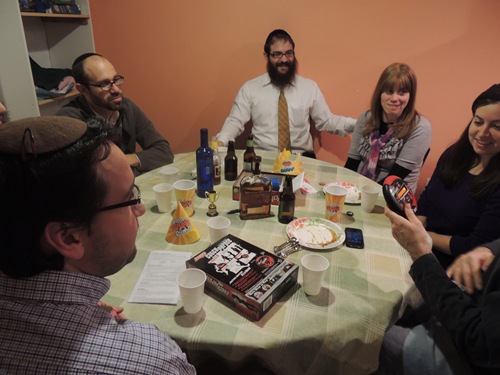 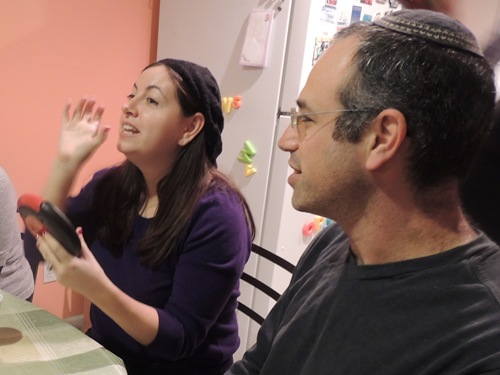 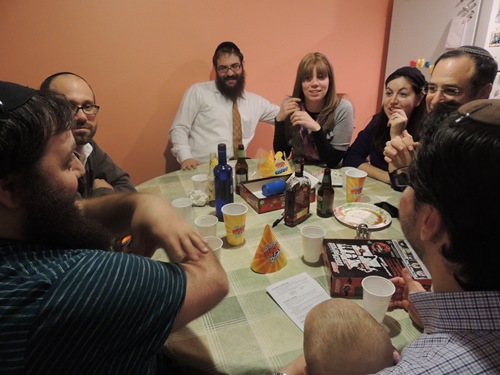 I think my friends had a good time. Catchphrase was the biggest hit and everyone wanted coupons to buy it – but I only had coupons for Draw Something, Words With Friends, and Cityville Monopoly. Catchphrase is like Taboo – but electronic. You have to get your team members to say a certain word and it can be pretty amusing! Draw Something was also fun – it is just like the app but in a live format. No one chose to play Yahtzee or Twister.

I am hoping House Party will choose me to host more parties! Free stuff and a fun time with friends – what more can you ask for? (If you want to sign up and be considered to host parties, you can just go to houseparty.com! I was not compensated for this post – I just received the games and party pack essentials listed above).

Have you ever hosted a houseparty? How about a game party in general? What are your favorite board games?