One of the items on my 35 Things to Do list is geocaching. I wrote about our previous geocaching experience in our neighborhood park back in October – we call it treasure hunting! According to the official site, “Geocaching is a real-world, outdoor treasure hunting game using GPS-enabled devices. Participants navigate to a specific set of GPS coordinates and then attempt to find the geocache (container) hidden at that location.” Well, on Sunday, we headed out as a family to Shawnee Mission Park to do some treasure hunting! We found 4 caches, and although I can officially cross #15 off my list, I hope we do it again because we had so much fun!

I didn’t research Shawnee Mission Park before our excursion, so we decided where to treasure hunt based on where my iPhone app (geobucket) showed multiple caches close to each other. We ended up on a mountain bike trail (where hikers are also allowed) so we kept having to move out of the way of bikers. We couldn’t navigate the trail with the stroller, so we decided to park it off the trail and come back for it – we used the app to mark the GPS coordinates of where we left it!

The first cache we found was not on the mountain bike trail though. It was in a small wooded area near the lake. This cache was called Hide and SEEC. I am still learning how to use my app and since this one was the first one of the day, I did a bit of back and forth before I actually found it! (The app gives me an arrow in the direction I need to go and tells me how many meters to go. Aside from this first one, it pretty much led me straight to the caches!) 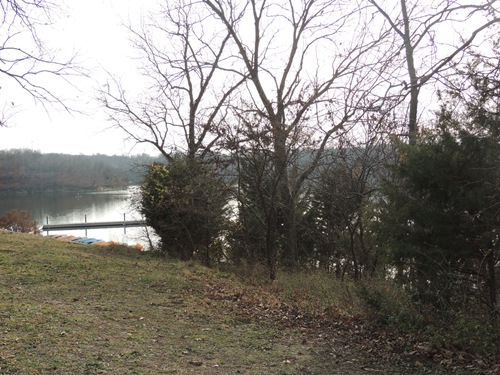 The cache site gives a description, which also helps us find what we’re looking for. This one said it was in a small, plastic, camo container. It also said it was in the middle of a tree split, but I found it under a fallen tree. I brought it out for the kids, since they weren’t feeling quite like hiking just yet. 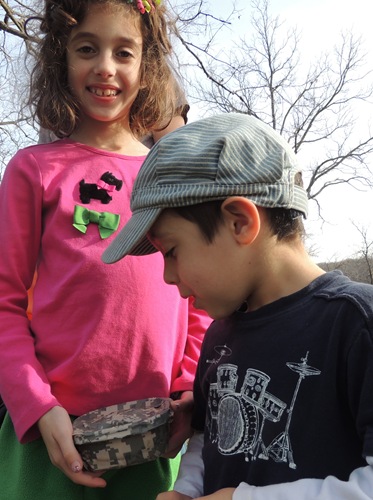 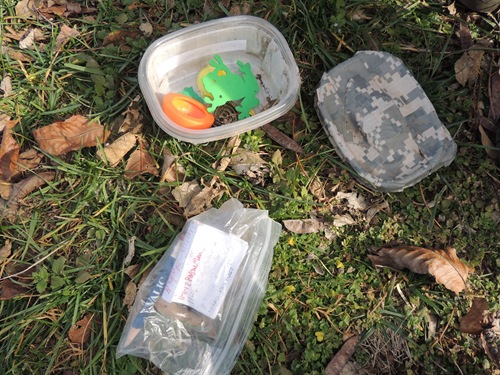 Inside is a bag holding the log book where you sign your name, plus a few small treasures. The kids like to pick out a few and replace them with whatever we have brought. In this one we put a jingle bell necklace that I had from the Jingle in July 5K! Later on, after we finished hunting, we saw another family and the girl was wearing the necklace! That made us happy!

We headed up the trail and we weren’t on the right path for the cache closest to us, but we followed the path and ended up heading towards a cache called Green Bean. The description on this one told us it was in a green tube and near a log. We found it inside a hollowed out log! 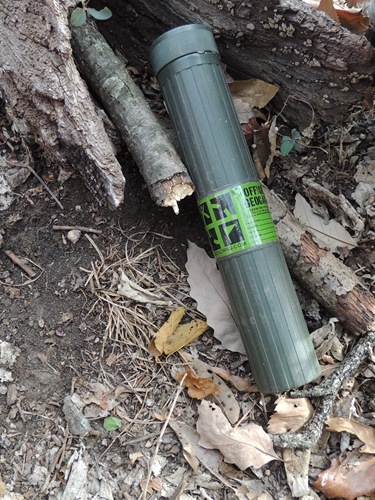 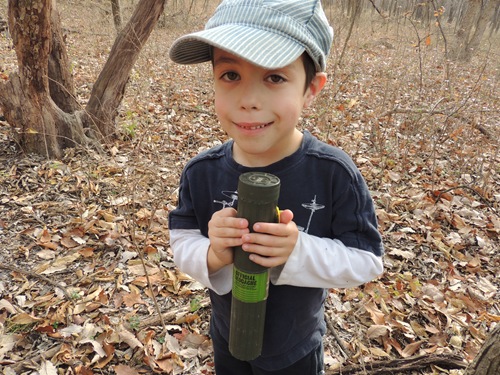 We started working our way back, jumping through the forested area to the other nearby trails. The next cache we found was called Little Pine. In the description we were told it was small, hanging at eye level. Here it is: 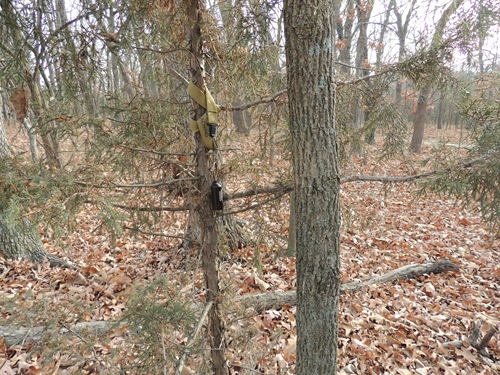 For the final cache, which was closest to where we had started but located on a different trail, we had to head through the woods. Zachary suddenly cried out “Bear!” He says he was just joking and hadn’t seen anything, but when I looked I saw a deer! And another! They were too far away to take pictures, but it was pretty cool. The cache we were looking for was called Tree Down! We were told it was in a large container, near the ground, maybe behind a rock. We knew the tree when we saw it: 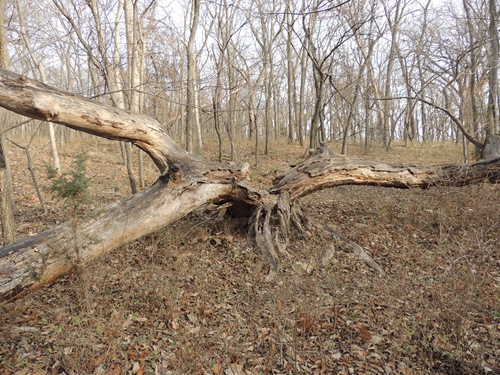 We had to go to the other side of it and Zachary was very excited about climbing under the large trunk on the right! 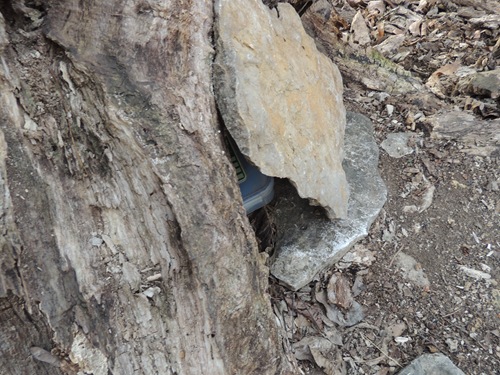 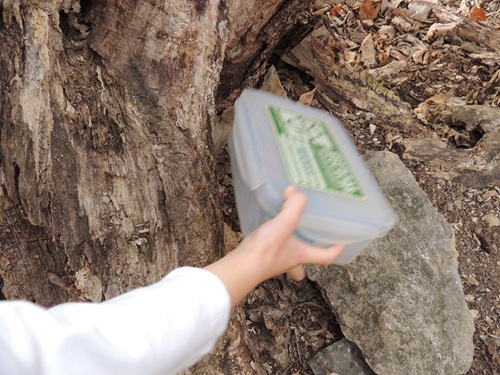 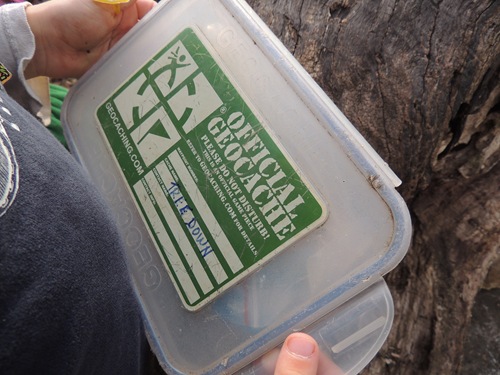 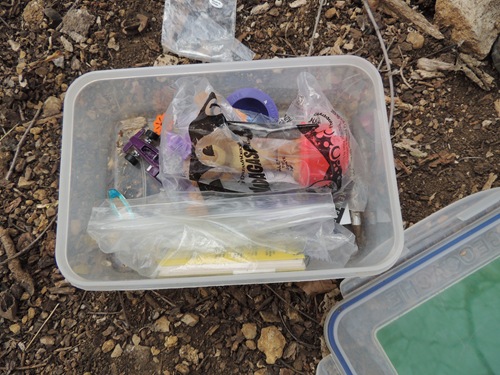 We put in that purple car you can sort of see at the top left. We found a small helicopter toy for Simon which he loves! (He and Dave didn’t trek through the forest for this one!) 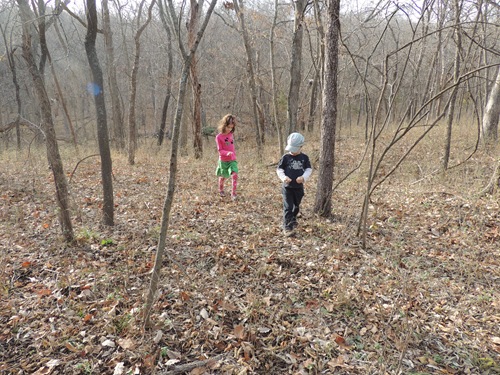 After we were done treasure hunting, we drove around the park and discovered a few more cool things. There was an overlook tower which we climbed: 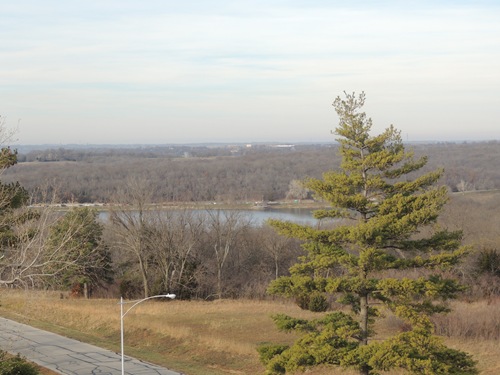 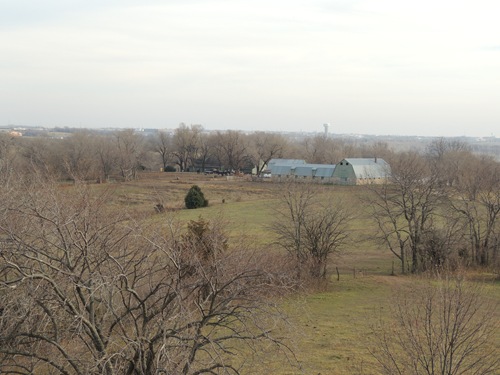 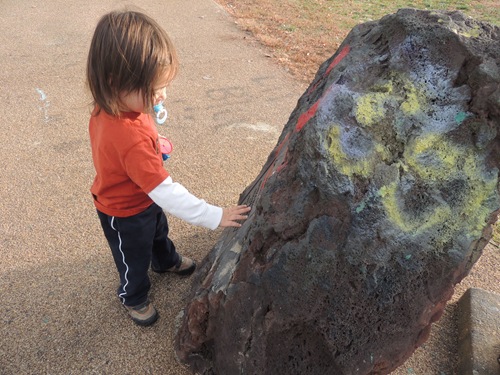 This was the plaque at the bottom and he is holding the toy helicopter in his far hand! 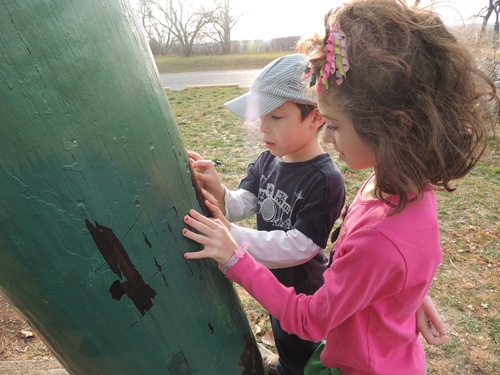 No, I don’t know what they’re doing.

We then discovered the model airplane flying field! These little planes are actually pretty big! We watched a few taking off and landing and saw one that crashed into the trees. 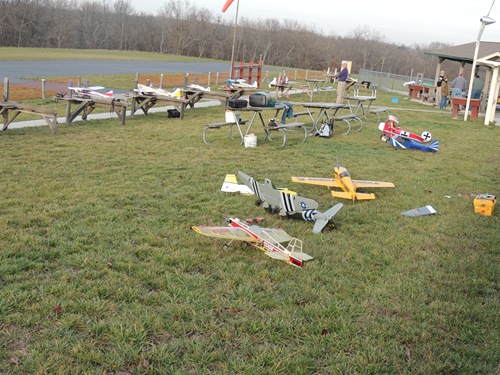 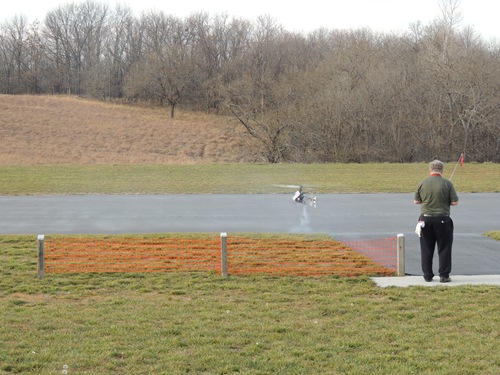 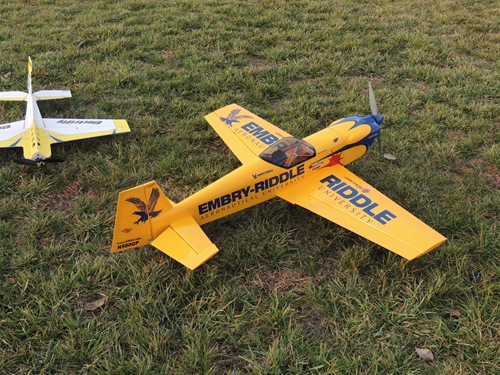 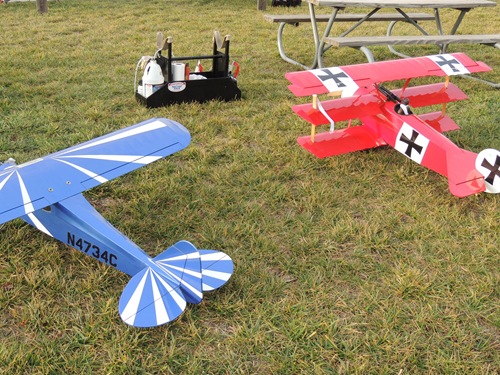 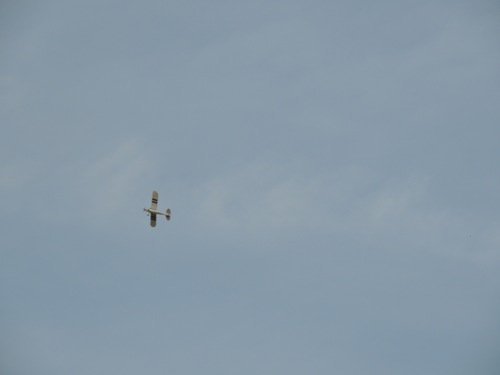 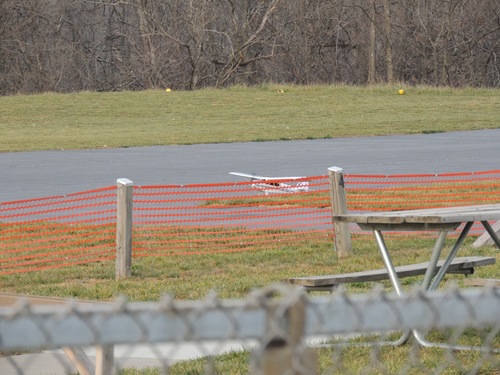 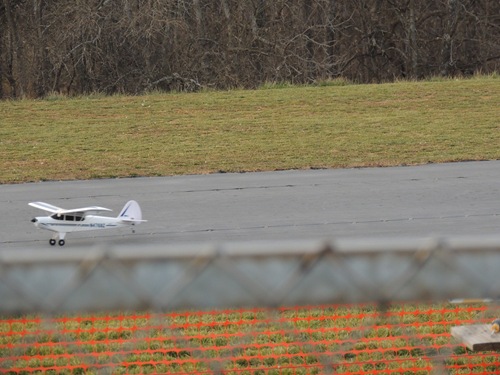 So, have I enticed you to try geocaching? I can’t wait to do it again soon!