Today’s Flashback Feature is all about my nephew Neria. When I first met Dave, he already had 2 nieces and 3 nephews. Since then we have added an additional 4 nephews to our collection!  Neria was 4 years old when I first met him. Now, he is 20 and the oldest of 4 boys. 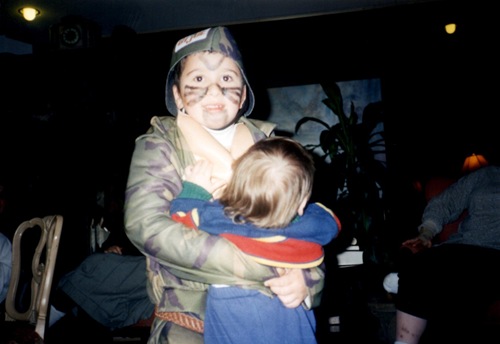 This is the first picture I found of Neria. It was taken in March of 1998, meaning Neria was 5 years old. He is holding his cousin, Eli, then just over a year old. He is dressed for Purim, and it looks like he’s dressed as a soldier! 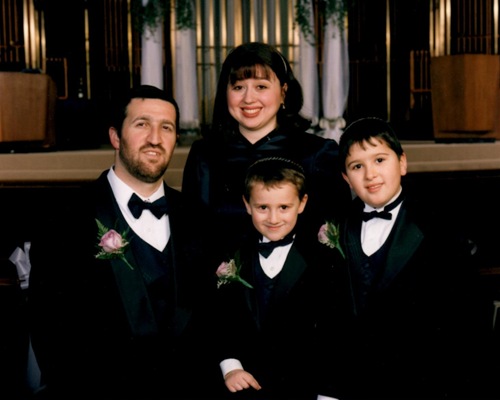 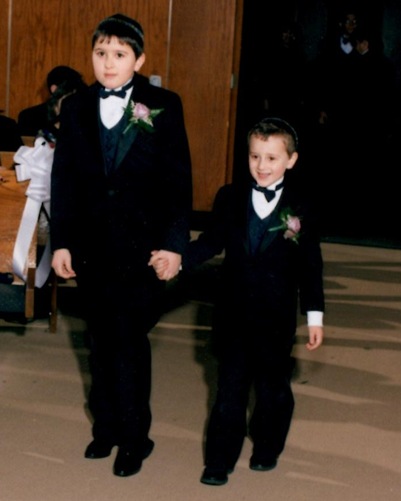 At our wedding, Neria was 8 years old. He was so excited that his uncle was getting married! 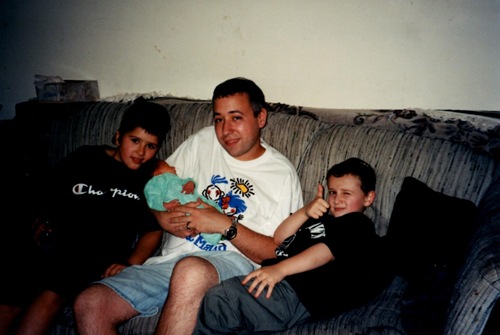 Baby brother Yehuda was born when Neria was almost 9. 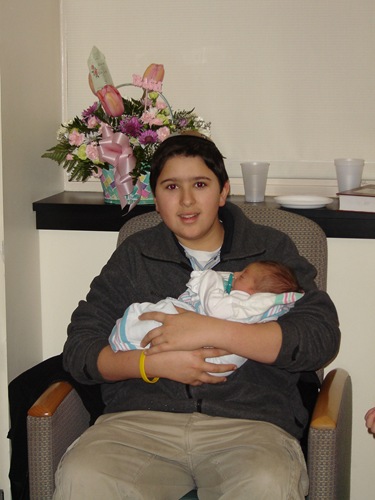 Neria loves his baby cousins! Here he is with Gabbie. 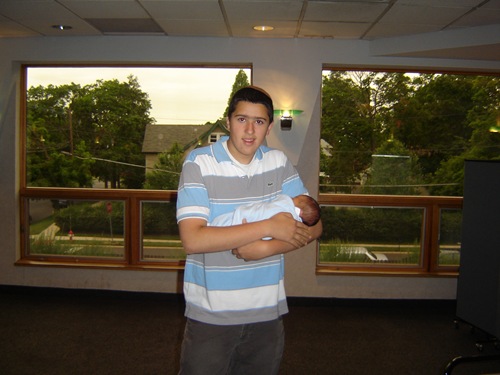 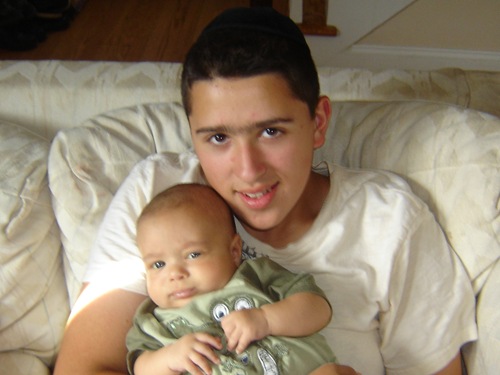 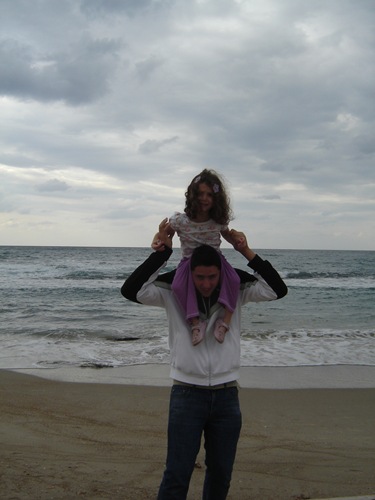 With Gabbie, in Israel. 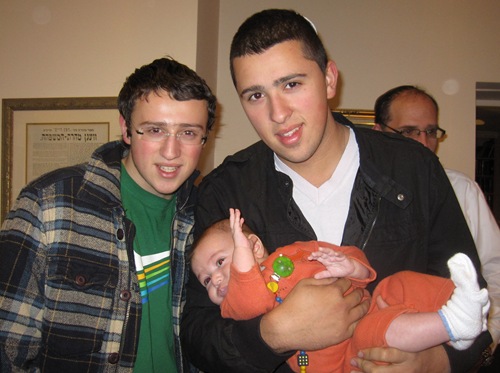 And his first time meeting Simon. He had just flown in from Israel, where he had recently moved. 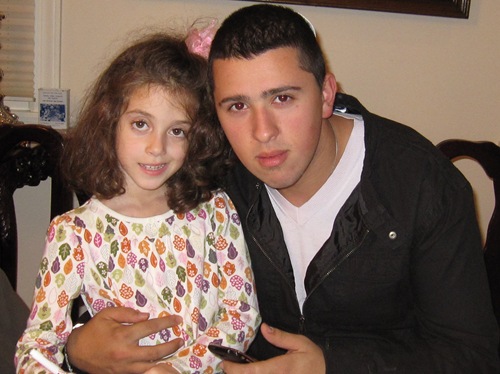 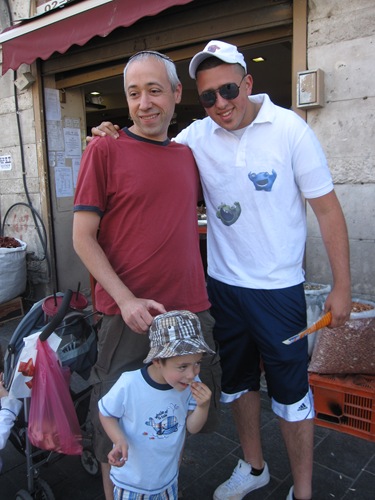 When we ran into him on the street in Israel! 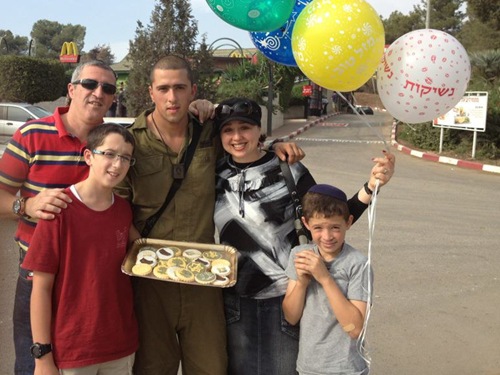 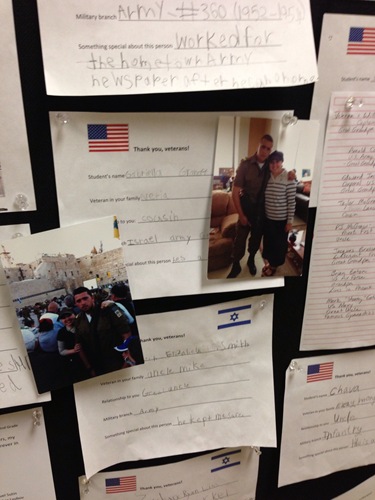 And now, Neria’s unit was moved to the south of Israel to help protect Israel in their current struggle. He is just 20 years old. Whatever your feelings may be about Israel’s right to exist, the fact is that my nephew and his fellow soldiers as well as the Israeli people as a whole are in need of our thoughts and prayers. His full name is Neria Refael ben Yosef. Please keep him in mind. 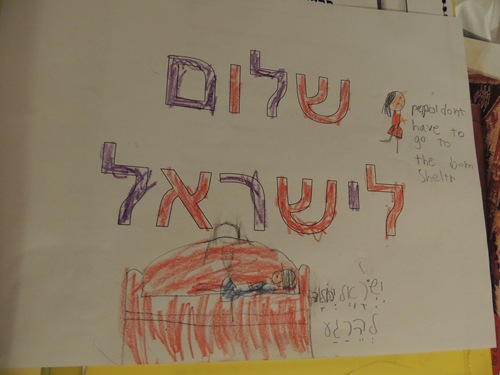 This is by Gabbie as well. It says Peace to Israel. In English she wrote “pepol dont have to go to the bom sheltr” and in Hebrew “Israel can relax.”