Our next stop in Disney World was the ESPN Wide World of Sports to pick up our race packets and check out the expo. 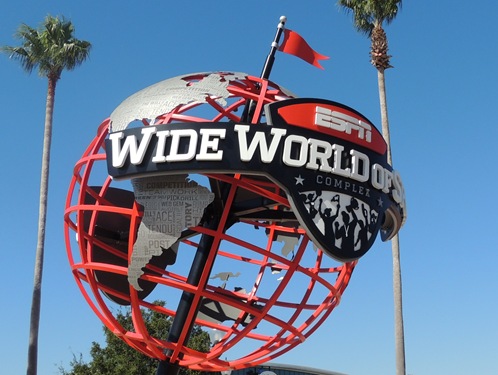 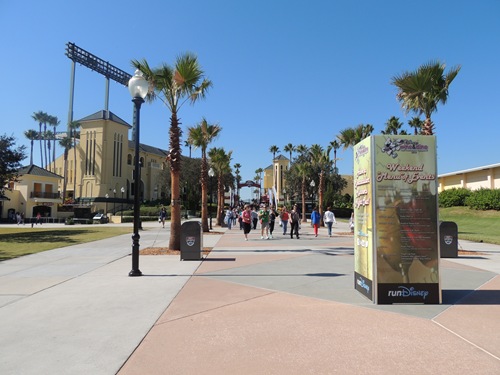 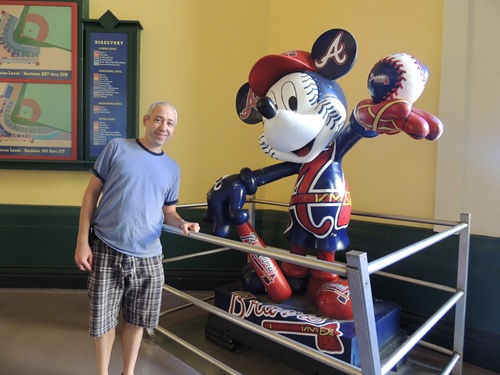 Some baseball is played here sometimes. 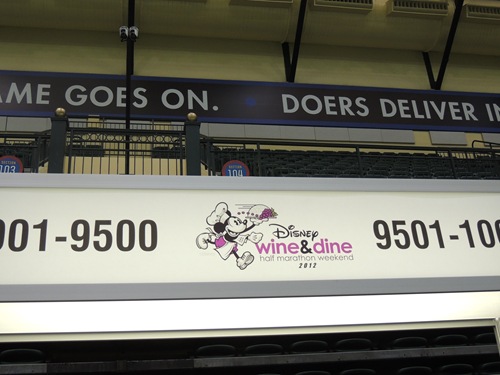 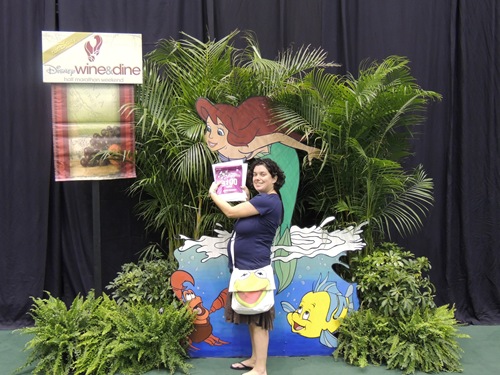 In this side view picture you can totally see how I might be mistaken as being pregnant. (Still not). 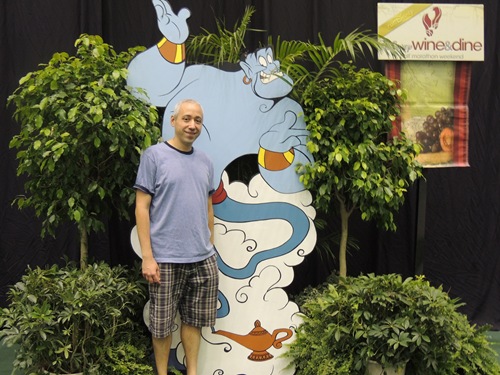 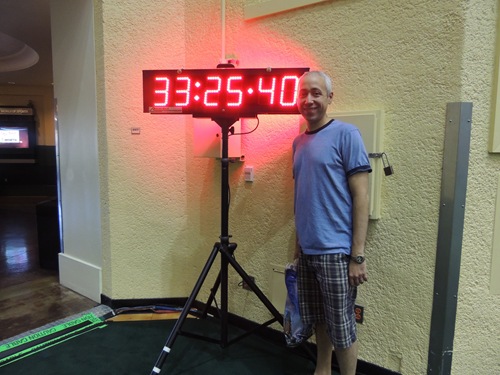 This was the race clock, but it was counting down until the race! 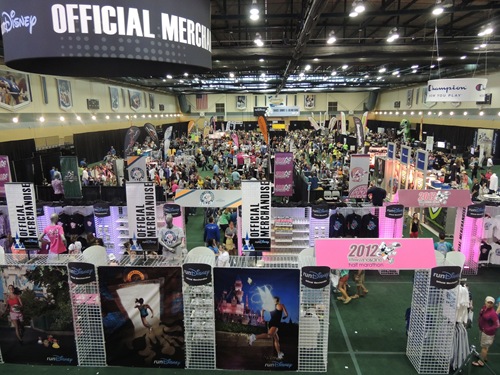 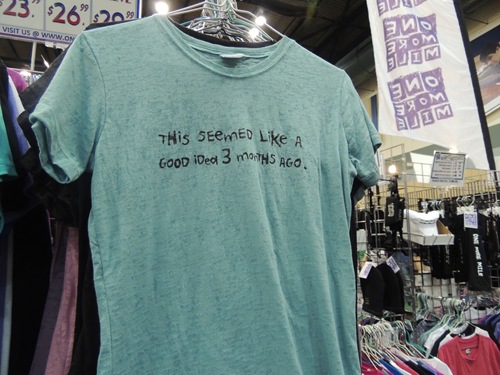 This booth had some cute sayings on their things. I got a sticker that says “13.1 Miles cause I’m only half crazy!” 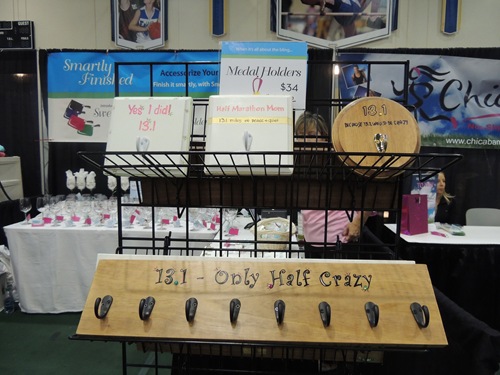 This booth had various wooden medal display pieces. I figured I could make my own. And I’ll show it to you later this week! I did like the saying on the one in the middle above: “Half Marathon Mom – 13.1 miles of peace and quiet.” 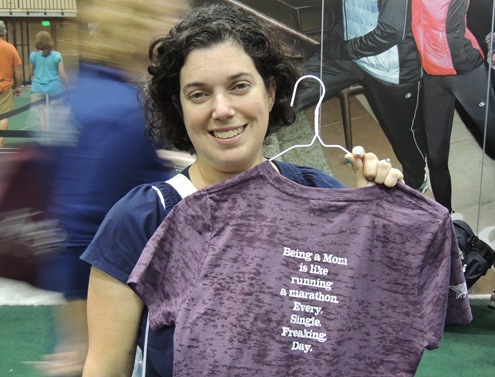 Love this slogan! Can be found here. 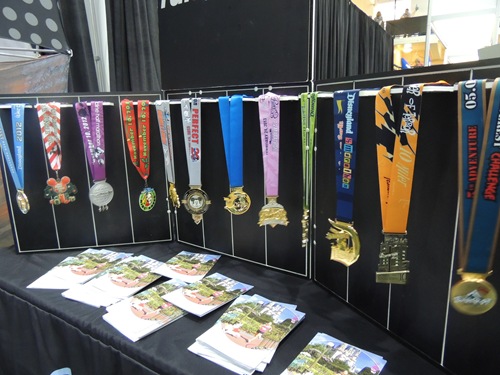 Disney. The only place I’d run a half marathon. 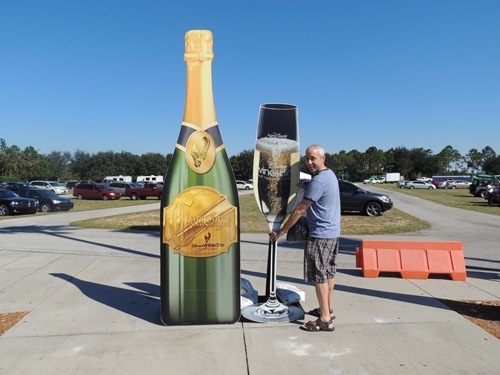 There was a line for a picture with this on Saturday night!

After we left the expo, we took a side trip to the Apple store so I could get a charger for my iPhone. I really wanted to use it for the race and therefore it needed to be charged! We also stopped at Target because not only did I forget my iPhone charger, I also forgot deodorant. Yes I am a bit forgetful and yes I probably need a permanent packing checklist! 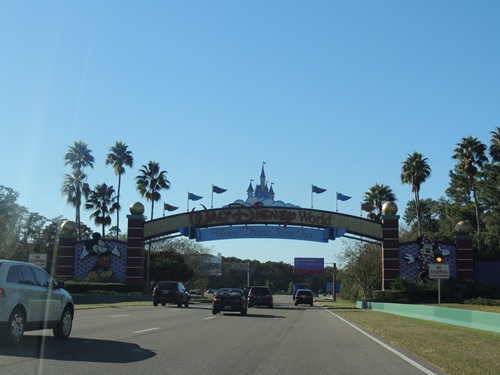 Woo hoo, back to the world!

Our destination was Downtown Disney, where we planned to pick up some souvenirs for the kids and do some pin trading. Also, the Festival of the Masters was going on, so we got to see some awesome chalk drawings and other artist booths. 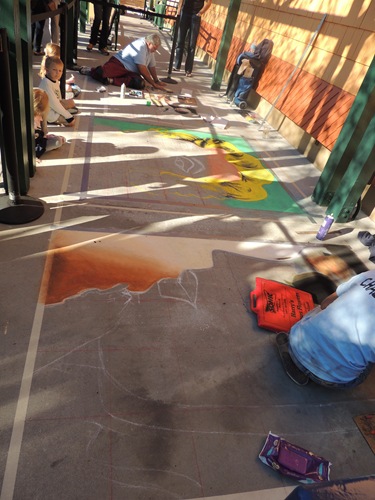 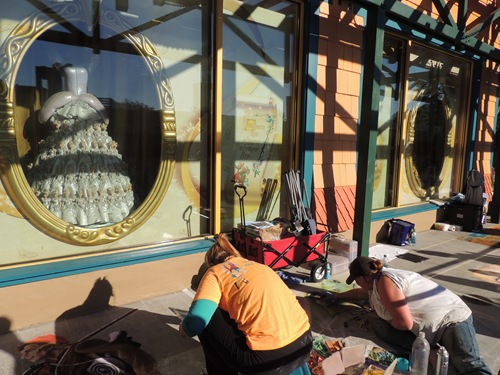 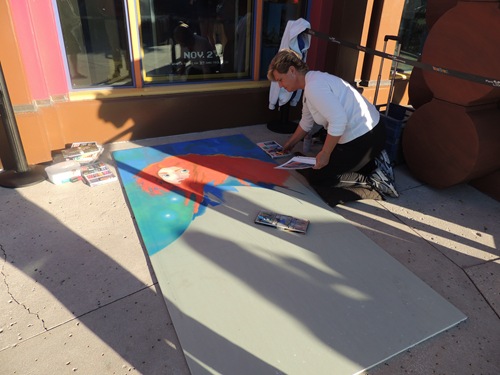 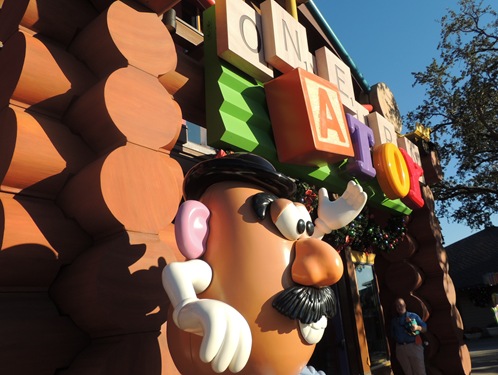 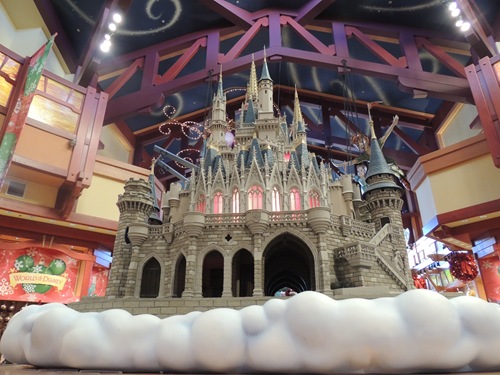 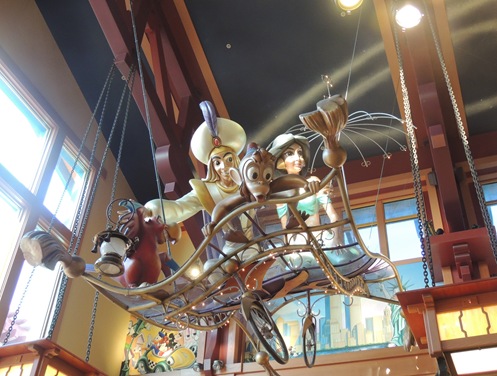 Don’t forget to look up! Disney theming is awesome.

We bought a few things: For Simon, a stuffed Donald Duck. For Zachary, a Jake and the Neverland Pirates hat – which of course he says he doesn’t like. And for Gabbie, a necklace that says Dance and has ballet shoes and a Mickey head on it. I also bought a grab bag in the Marketplace Fun Finds store. It cost $9 and inside was a stuffed Goofy, a magic washcloth (which Zachary really likes!), a 2012 antennae topper (which I put on my dresser), and a Cars keychain (also for Zachary). We came back on Sunday for one more gift for Gabbie – socks from Little Missmatched!

Come back tomorrow for one more Disney World Without the Parks post!