Last week, we took a break from our Letter of the Week work due to Rosh Hashanah. The last time I showed you our poster, we were learning about kittens. This week we moved on to the theme “eyes.” 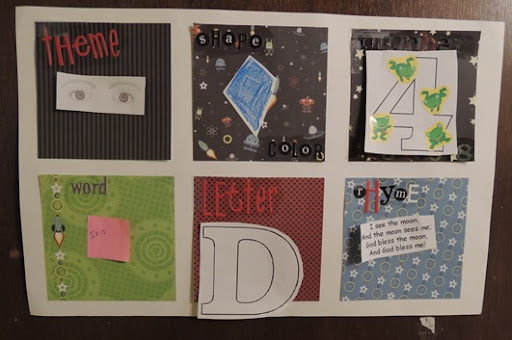 We did not have a book about Eyes to use this week. Instead, I used a book with pictures of babies, and Simon and I took turns pointing at the baby’s eyes.

Simon knows where his eyes are, but when asked he will likely point at his mouth instead of his eyes! We are still working on that. I also had a discussion with Gabbie about the vocabulary word of the week – Iris. At least someone is learning something from our poster! The color of the week is blue. Simon calls most things blue, even if they aren’t. We added the letter D to our poster, as well as the number 4, on which we put 4 frog stickers. We also pointed out the frogs’ eyes! I have not been doing much with the rhyme of the week. We will see if I incorporate it in some way in the future.

This week I finally found a photo album in which to store our past weekly themes. It was not exactly the type of photo album I expected (it was wrapped when I bought it), but so far it is working alright. 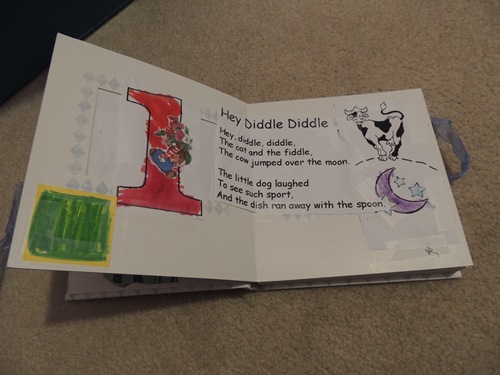 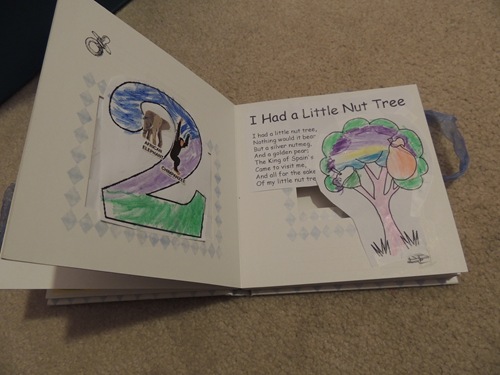 Zachary did the coloring for us! Next week’s theme is Lighthouses. Again, I don’t have a book about lighthouses, but I do have many lighthouses around the house I can show Simon!