Sometimes I stumble across something online that I have to try immediately. That is what happened when I found this tutorial for making an “American Boy.” Gabbie has two American Girl dolls and when she and Zachary play “family” the dolls are usually involved. I thought it was a great idea to add a boy doll to the family. So the next day I headed over to Michaels. They didn’t have the same doll that was used in the tutorial but I thought this one would work. 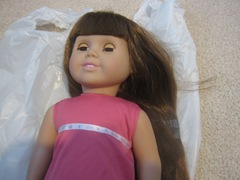 Sadly enough, I would have to recommend going with a doll without layered hair! While cutting off the bangs made him look boyish, the back of his hair was quite a mess. 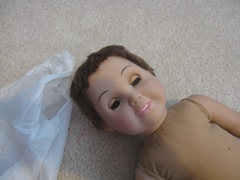 Unlike in the tutorial, I was able to remove the pink lip coloring with nail polish remover. I thickened the eyebrows with a Sharpie. Then I dressed the doll in his new clothes. His hair was still a bit of a mess, so I decided to add a hat. I actually glued it to his head! Of course, Zachary decided to try to pull it off, but since then it has stayed put on his head. The kids named him Jack. 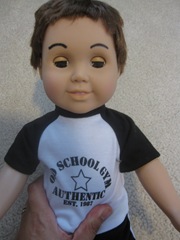 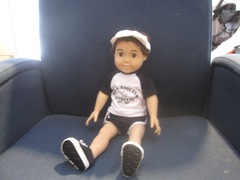 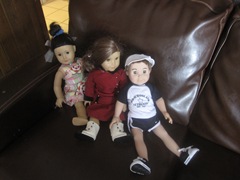 I also put together this doll desk. I bought a wood board and two letter T’s, rather than A’s. I used a round box as a chair. 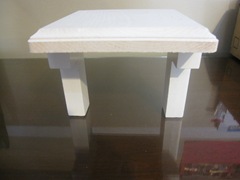 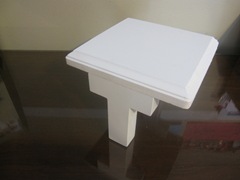