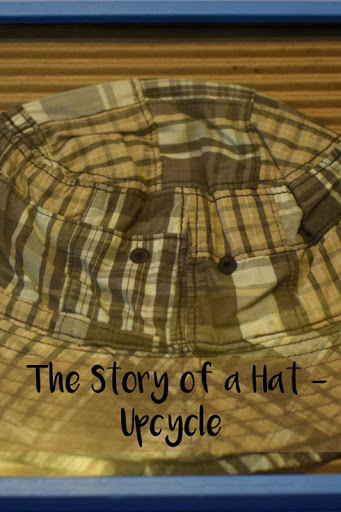 When Zachary was 3 1/2, I bought him a hat and told him he should wear it on our trip to Israel. Soon he began wearing it every day, even though his daddy said it made him look like a tourist. 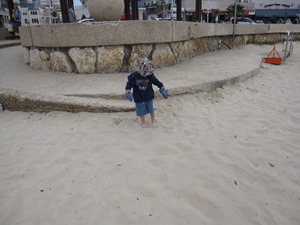 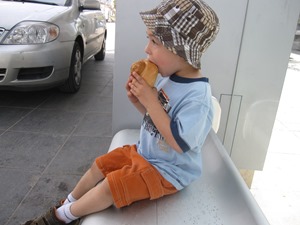 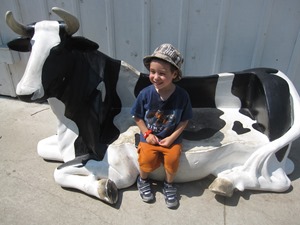 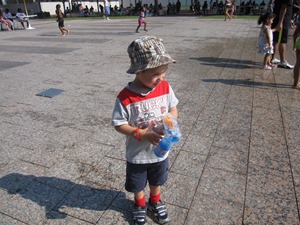 I thought it was cute and it made Zachary happy. At some point the hat got older and Zachary started wearing a different hat. Then he started pre-K and started wearing a kippah to school. His hat stayed in his room. I just uncovered it while reorganizing his things and felt that I could not get rid of such a piece of my Zachary.

I thought the hat might look good in a shadow box. Then I realized that one of my 25 cent garage sale frames was deep enough to fit the hat inside. It even had some cool corrugated cardboard that looked like a nice background. 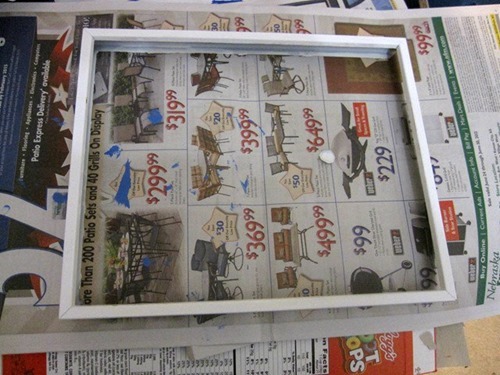 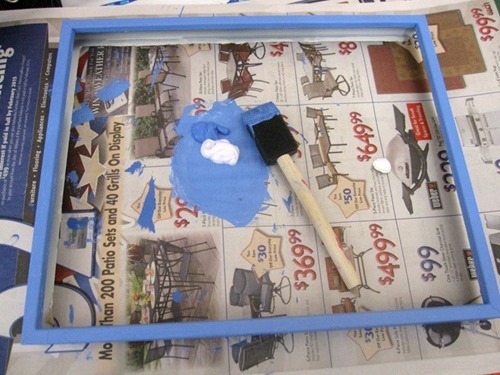 I had painted the frame white, and now I wanted it blue. I mixed two colors and got painting. 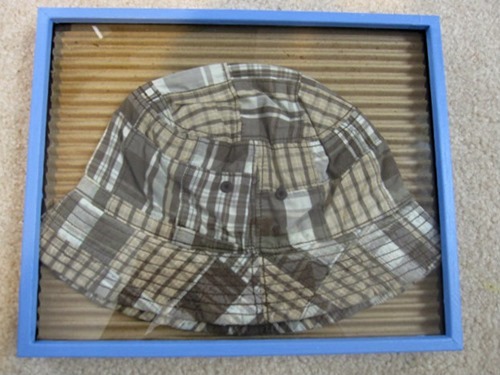 All framed up! I wasn’t sure what Zachary would think so I didn’t hang it yet. He said he likes it though!

What do you think?