Zachary seems to be learning a lot at Pre-K. Last week, I was very worried about him when he was seemingly unable to press down on a crayon hard enough to write, much less write a letter. For example, during the first week of school, he made this: 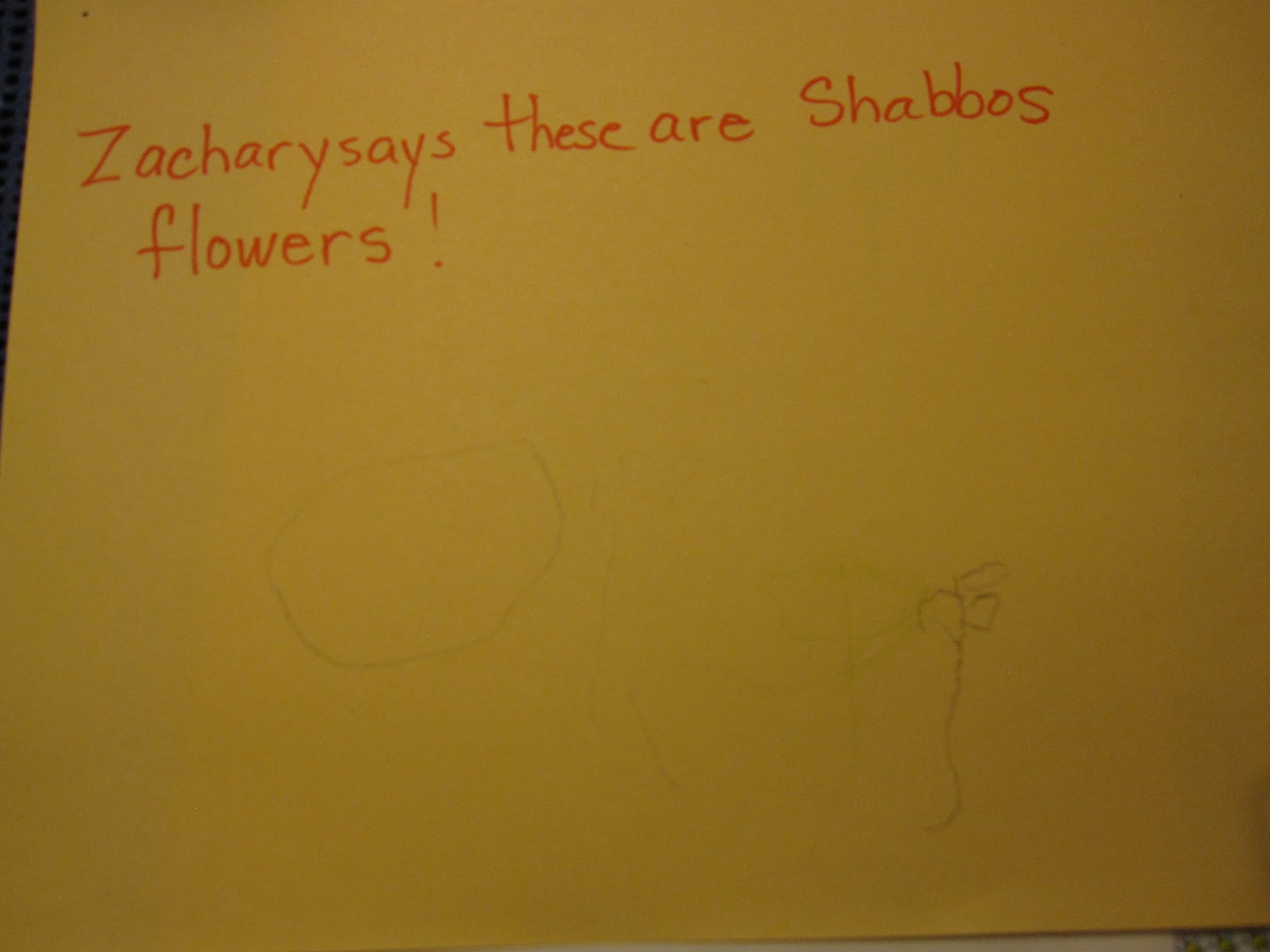 You can barely see where he drew the flowers. This week, I already saw some improvement when he showed me how he could write the letter A in chalk. He also brought this home: 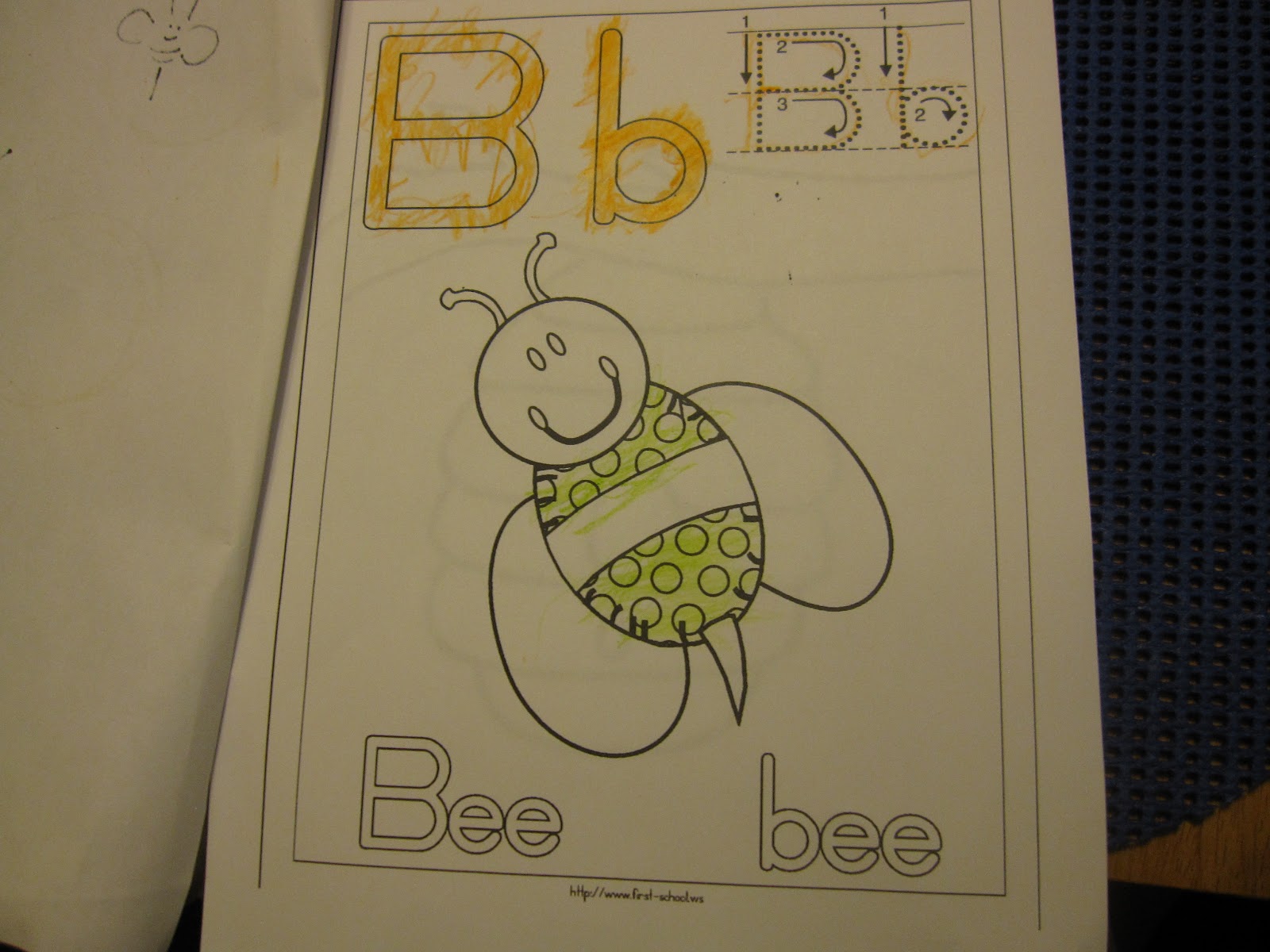 See how much more purposeful his coloring seems? I hope this is a good sign. Zachary also learned about nocturnal animals, focusing around the book Owl Babies

. He told us all about the owl Bill who says “I want my Mama!” and about the other nocturnal animals that he learned about. Here are his owl projects! 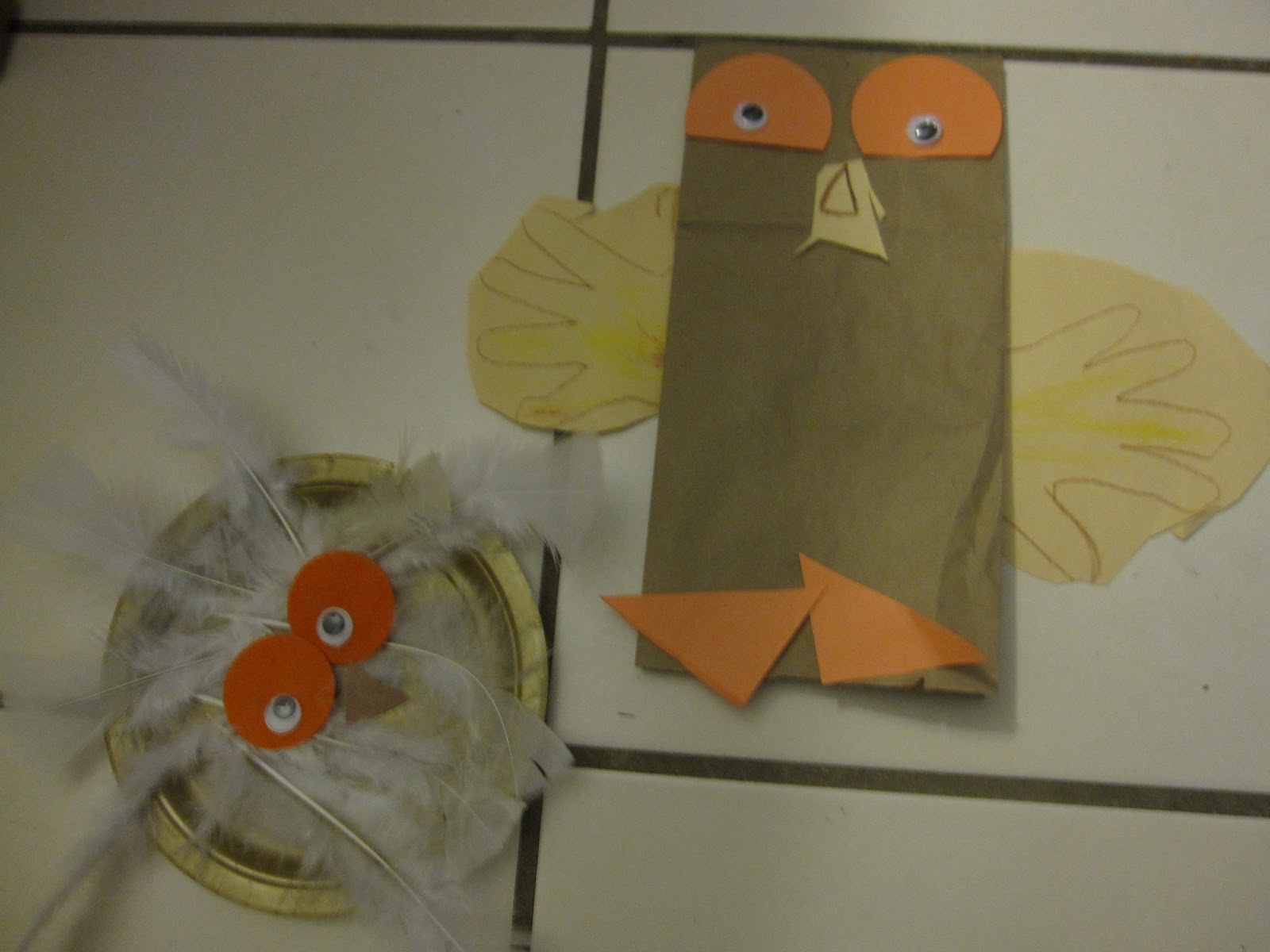 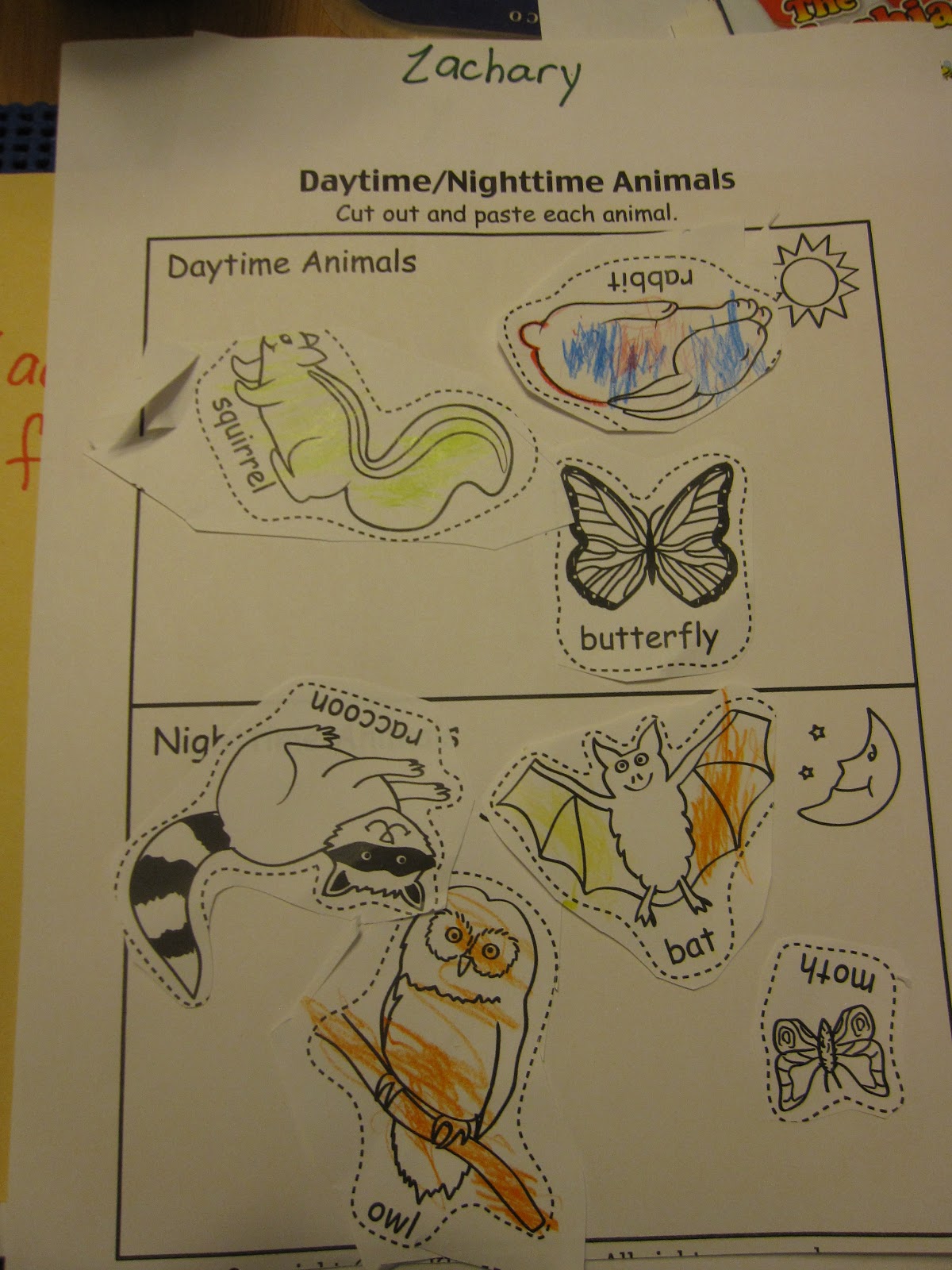