Yes, already. We start school in August here, and end before Memorial Day. So the kids have been off from school for a week. Each child had a small celebration to mark the end of their school year.

First, we all went to Gabbie’s kindergarten class for a morning visit in which we got to see her group do their davening (prayers) and the whole class do their morning meeting. Then all the kindergartners got called by name to walk under a “We Did It” sign and they received certificates. Gabbie had perfect attendance for the first marking period.

The following day, we went to Zachary’s class for a graduation performance. Zachary was feeling shy and he didn’t sing along with his friends. I did manage to get a picture of him, he is the one on the bottom left of the picture.

Each child received a certificate with their own honor. Zachary’s was in honor of him being easy-going and always wearing a smile! 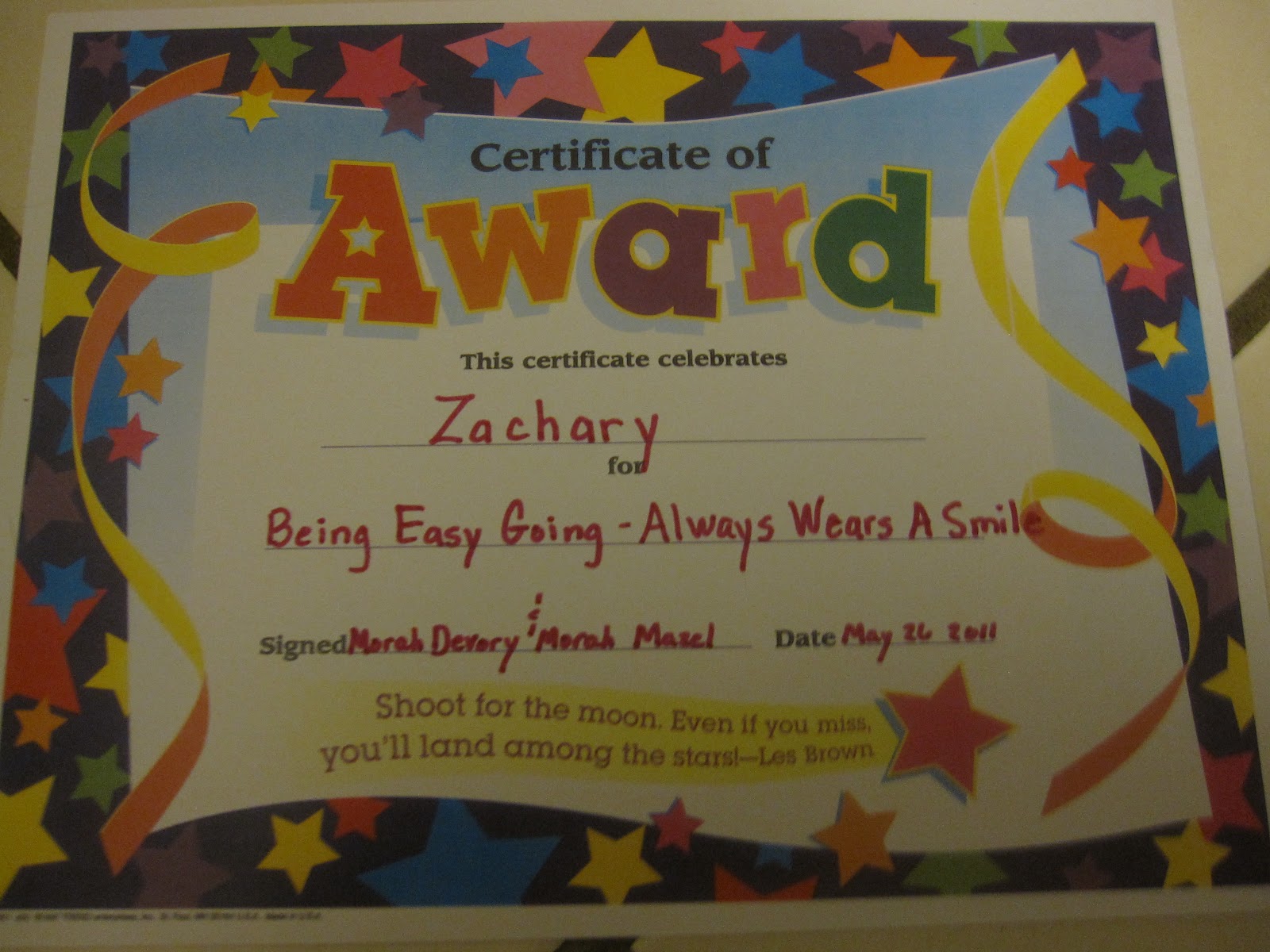