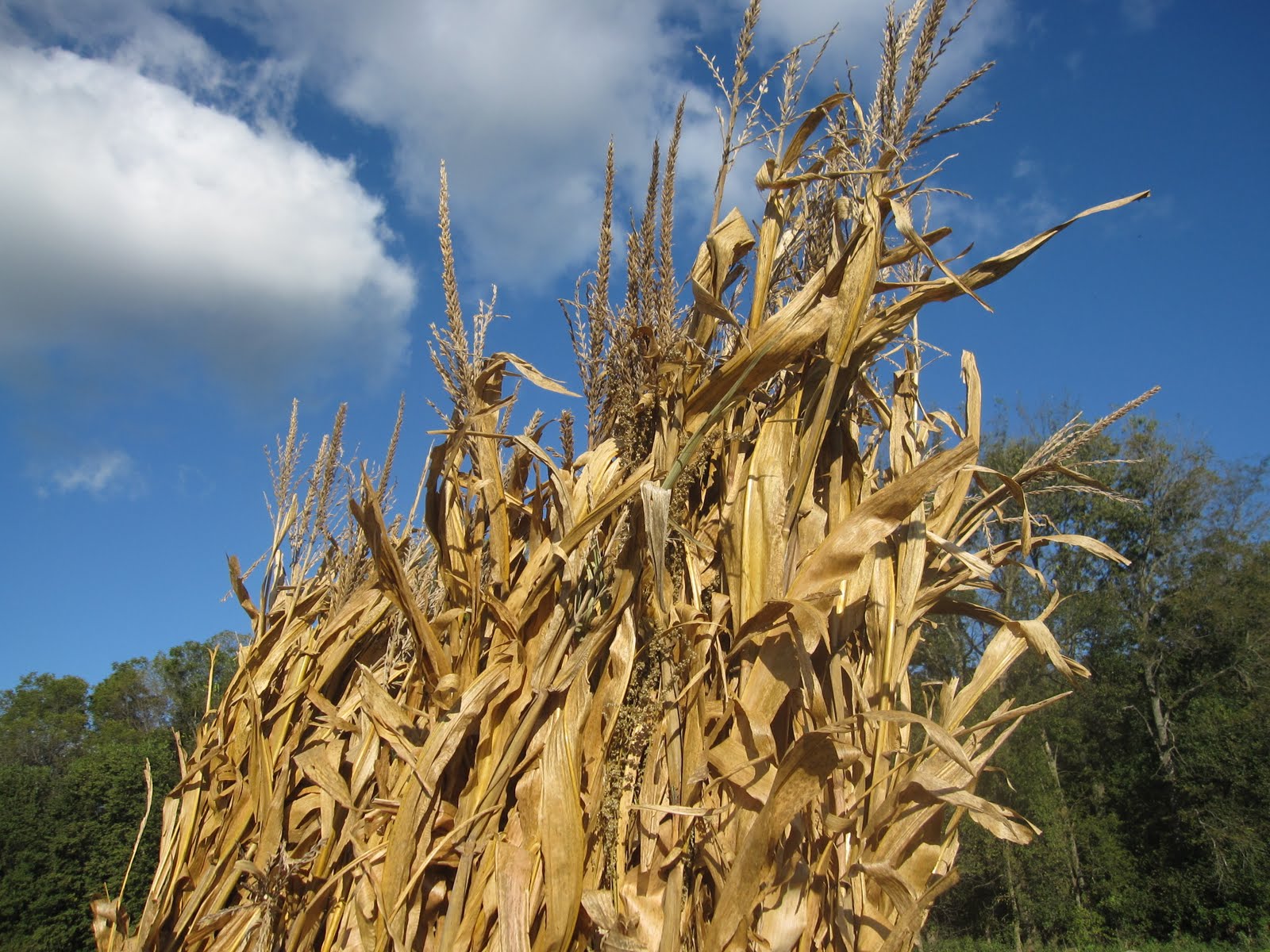 In NJ, every fall since Gabbie was 18 months, I took her to Von Thun Farms. Although last year we didn’t make it there because I got lost on the way and we ended up having lunch at Jerusalem Pizza instead. Yeah, that wouldn’t quite happen here! (Another entry on kosher food in Kansas to follow!)Here, contrary to what you may believe, we don’t live on a farm or very near any farms. Overland Park is actually a city, much bigger than Highland Park! However, there are many nearby options for fall activities here and we have already enjoyed 3 of them!First, we headed to the Louisburg Cider Mill for their Ciderfest. There were arts & crafts booths, music, and places to watch the cider and donut making process. We also chose some mini-pumpkins to bring home. 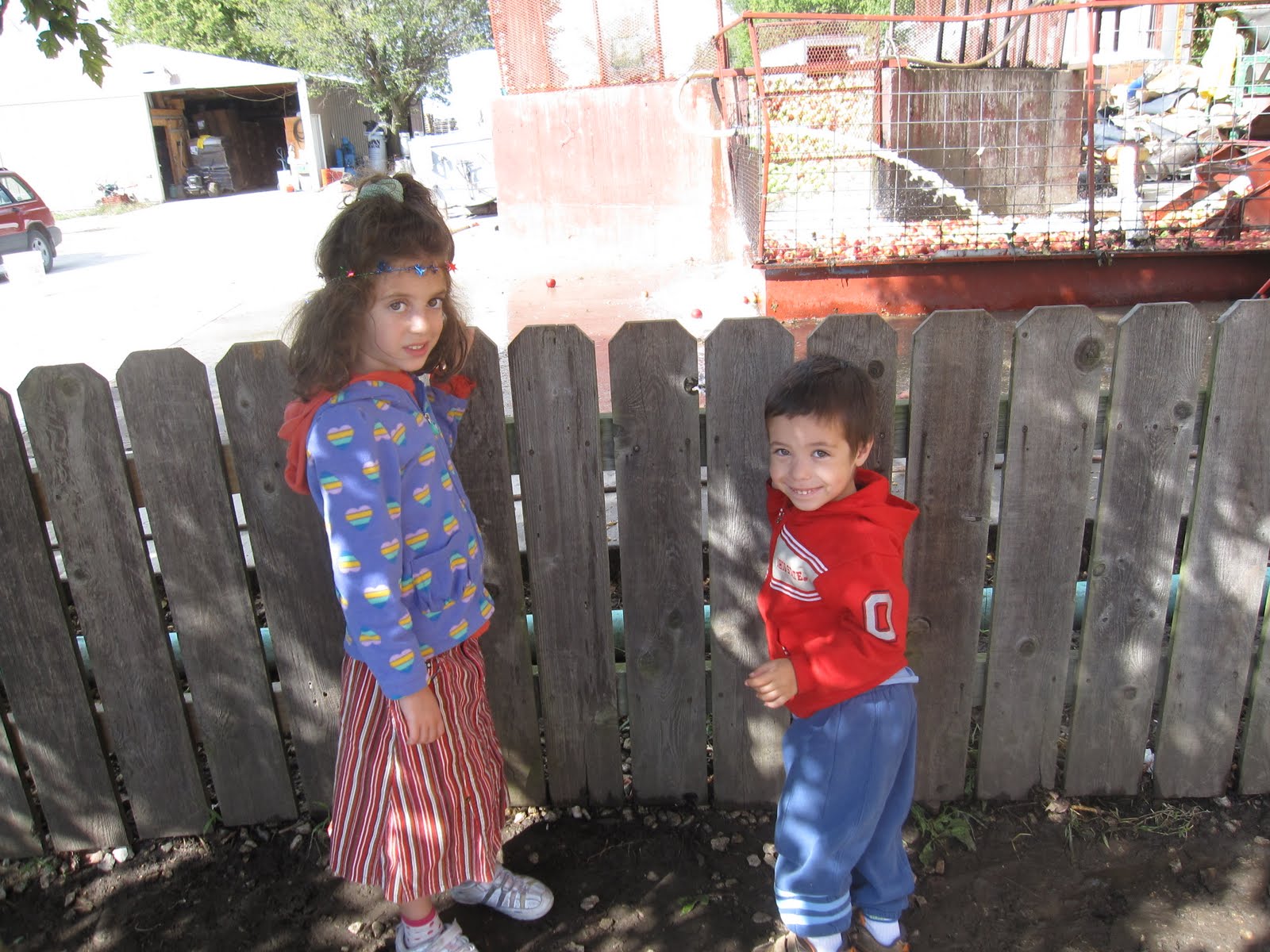 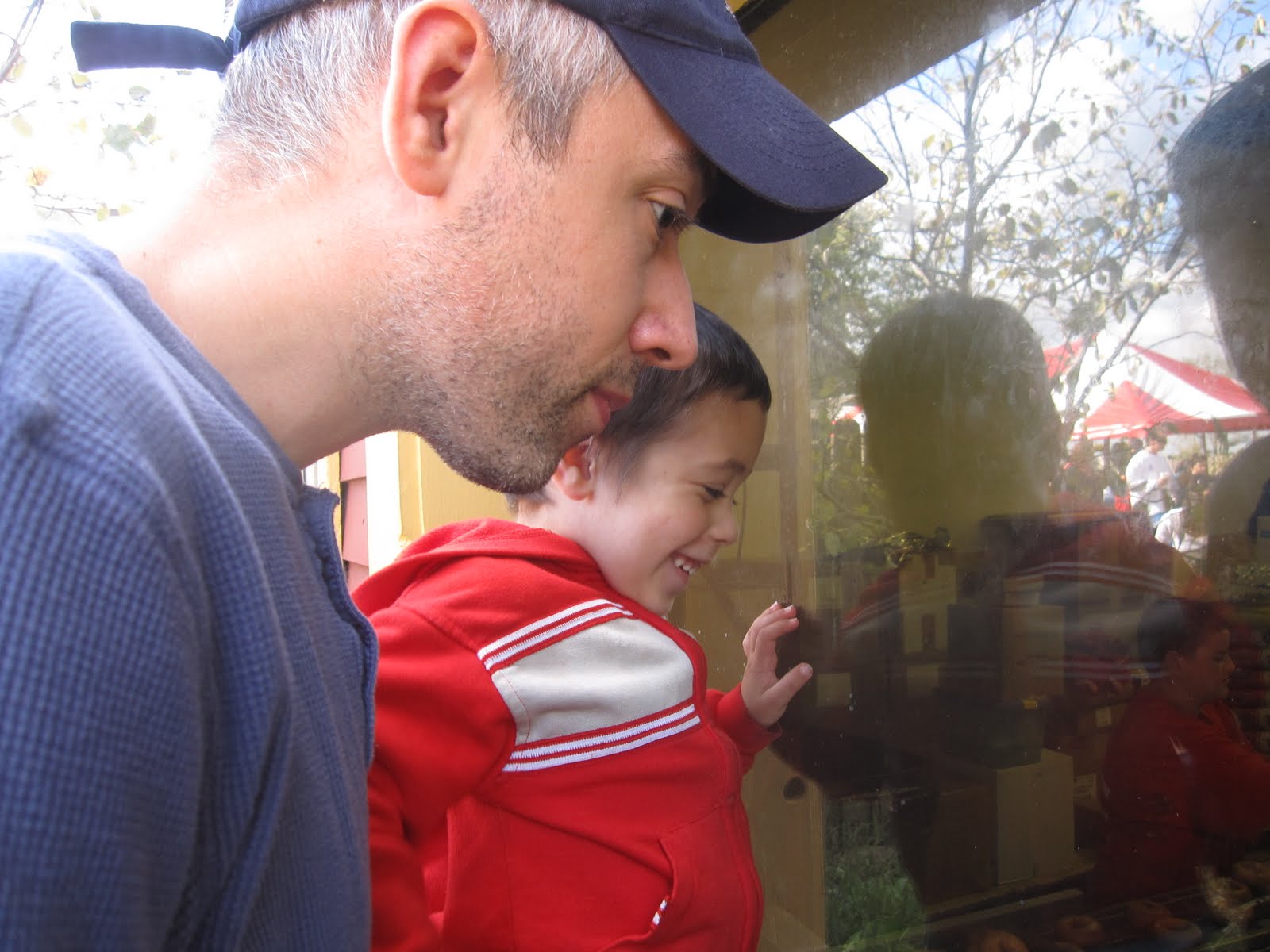 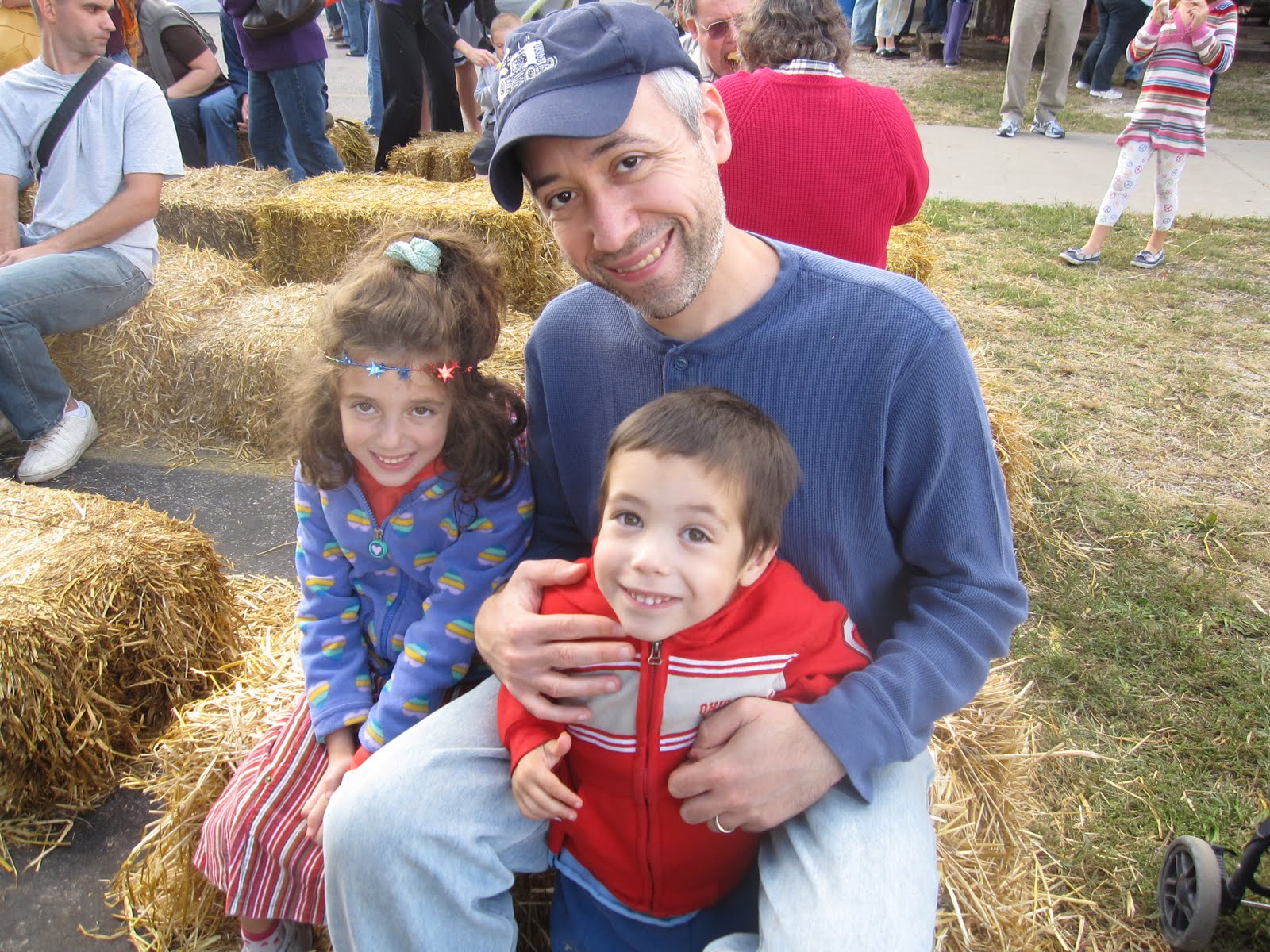 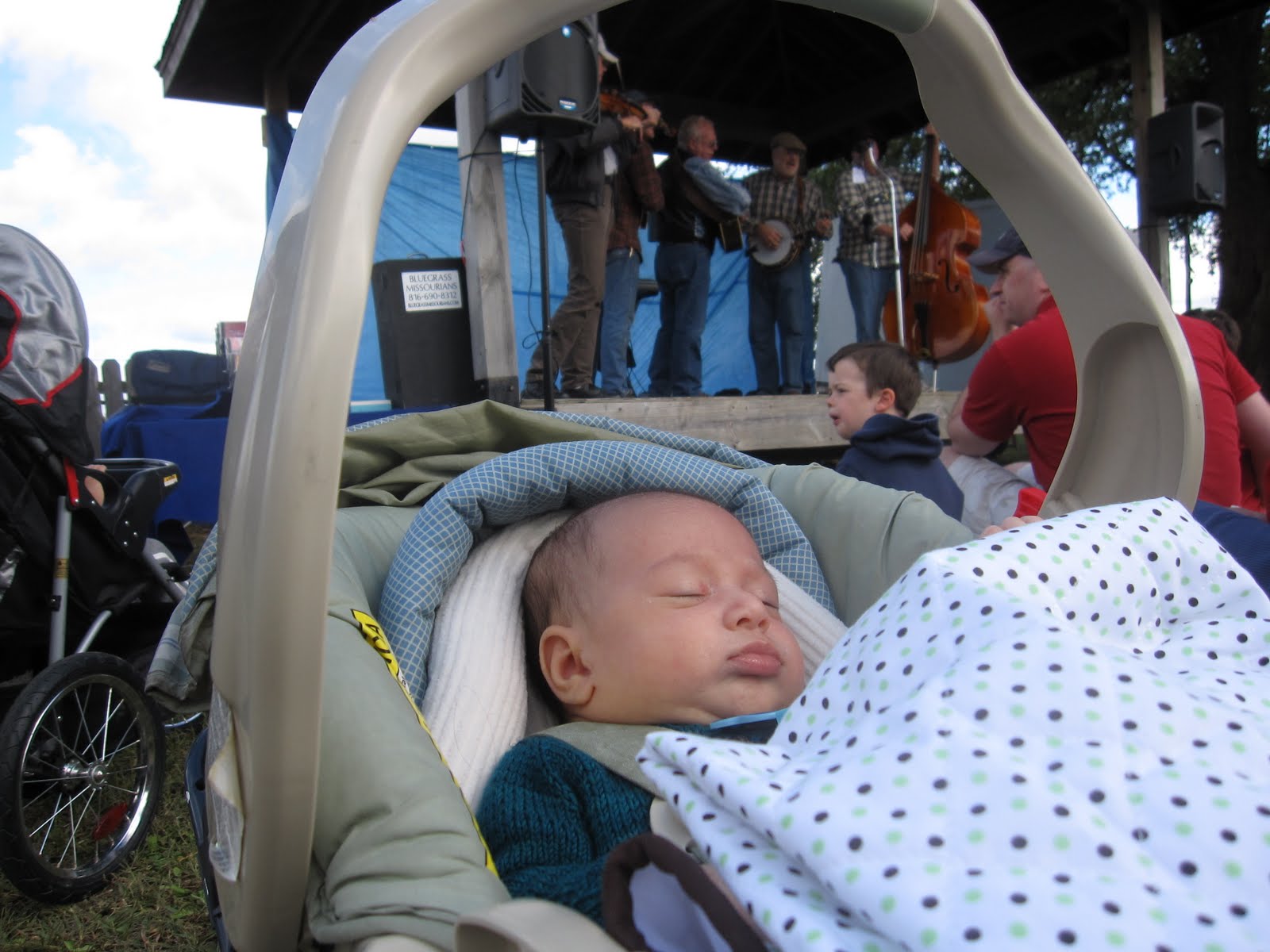 After that, we drove over to the Powell Pumpkin Patch. This is a small, family pumpkin patch with free admission. They even gave Dave and the kids a free hay ride. So of course we had to buy a few more mini-pumpkins! We also were able to catch some great shots of the family! 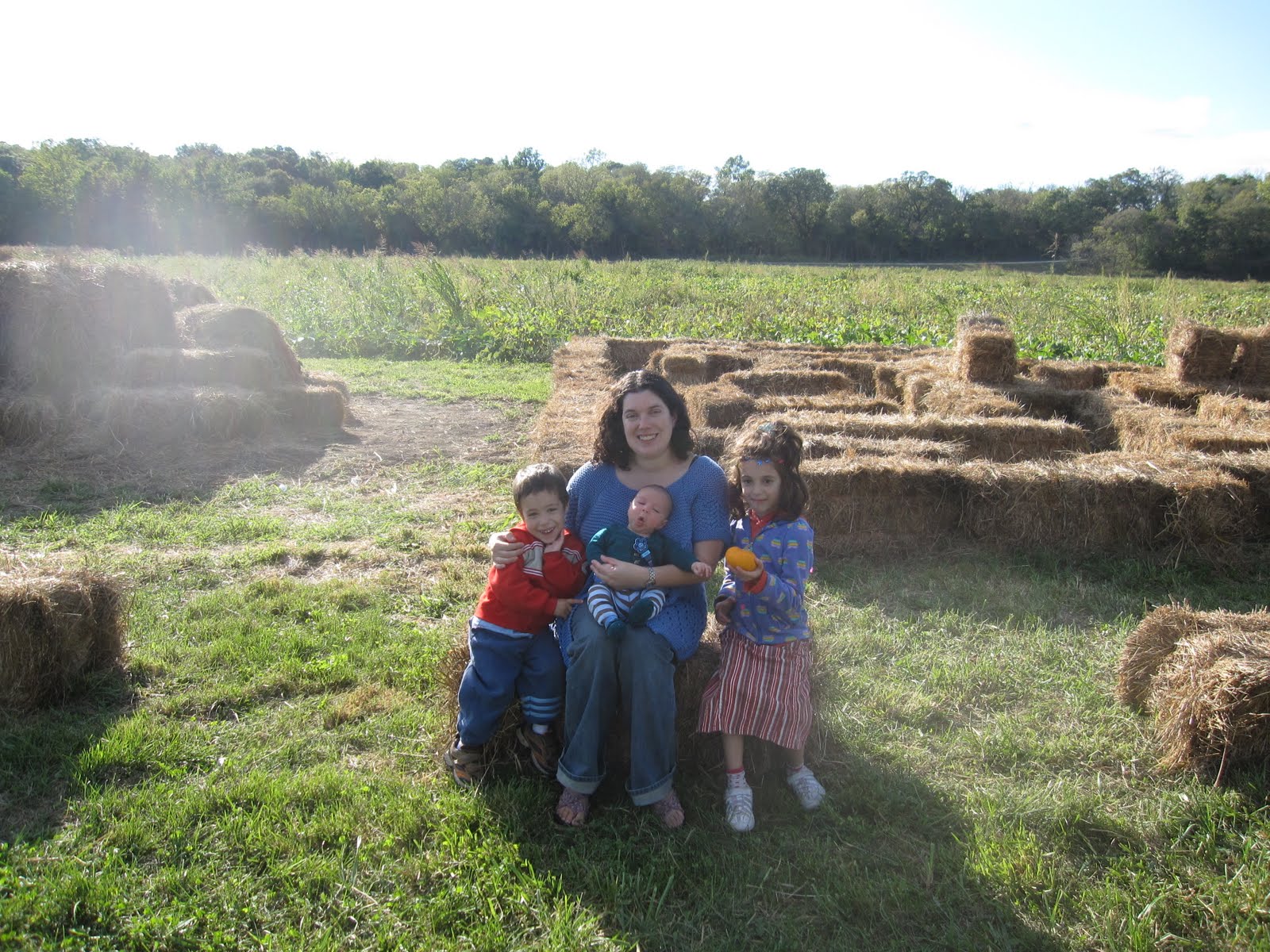 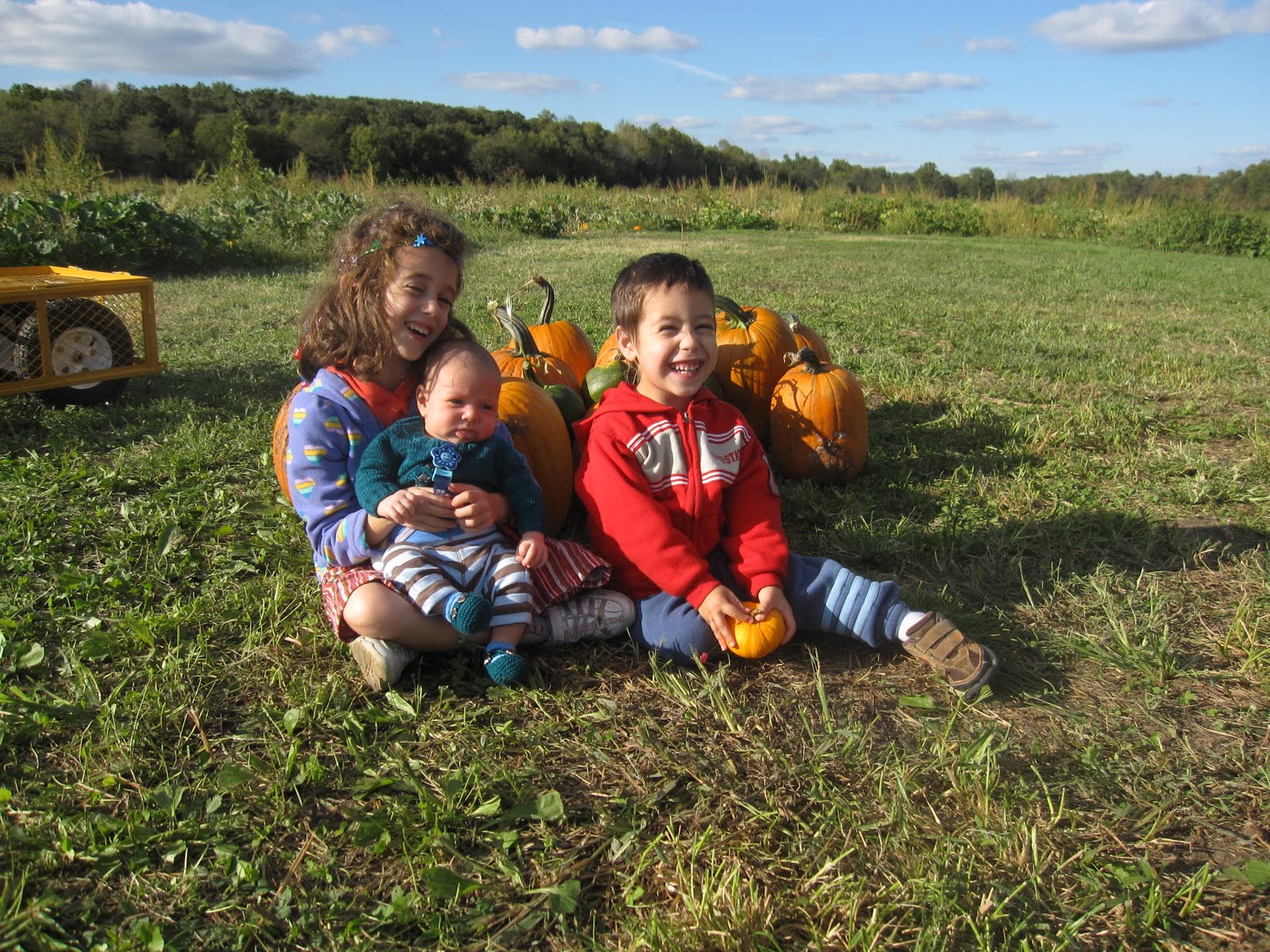 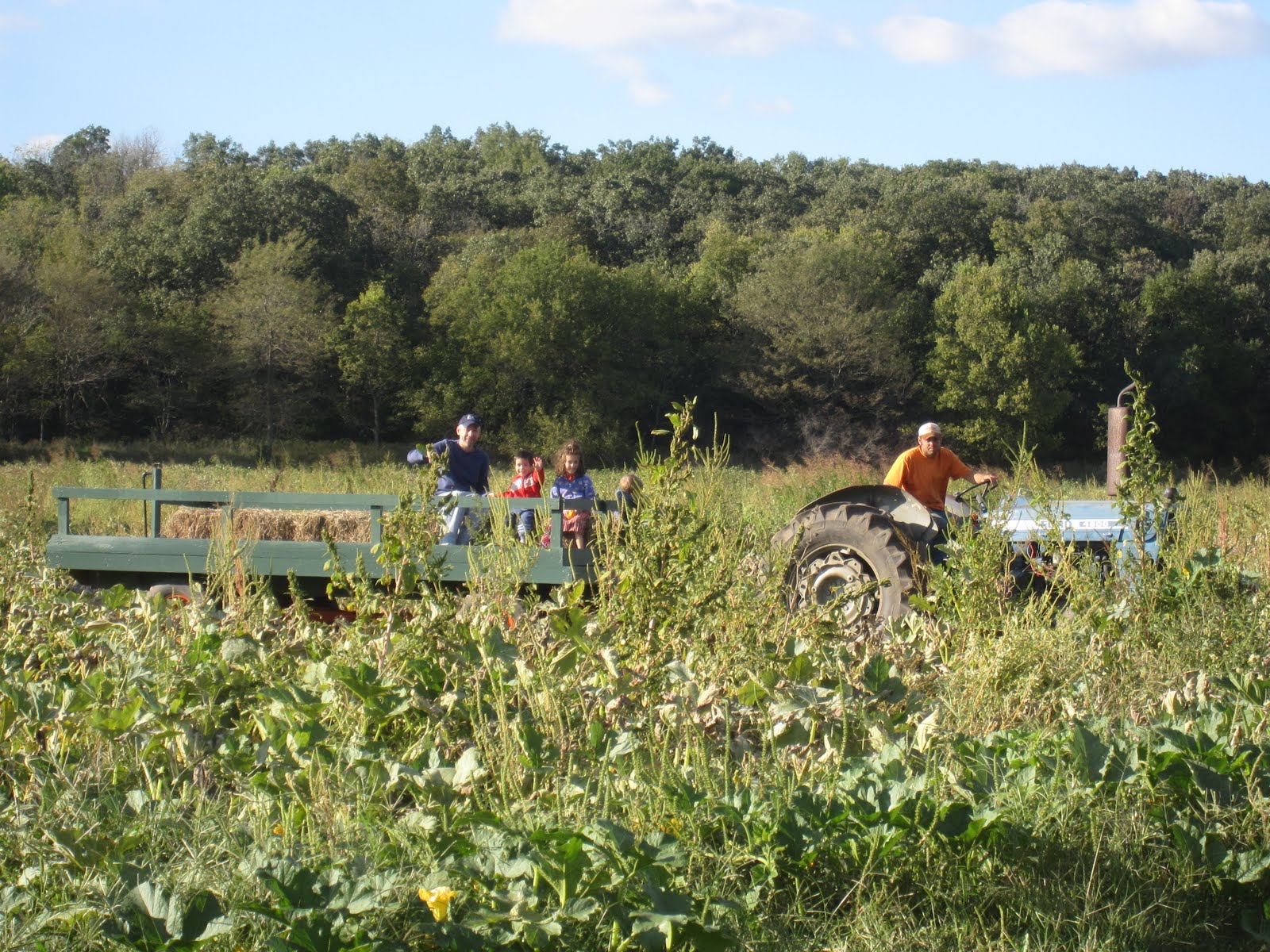 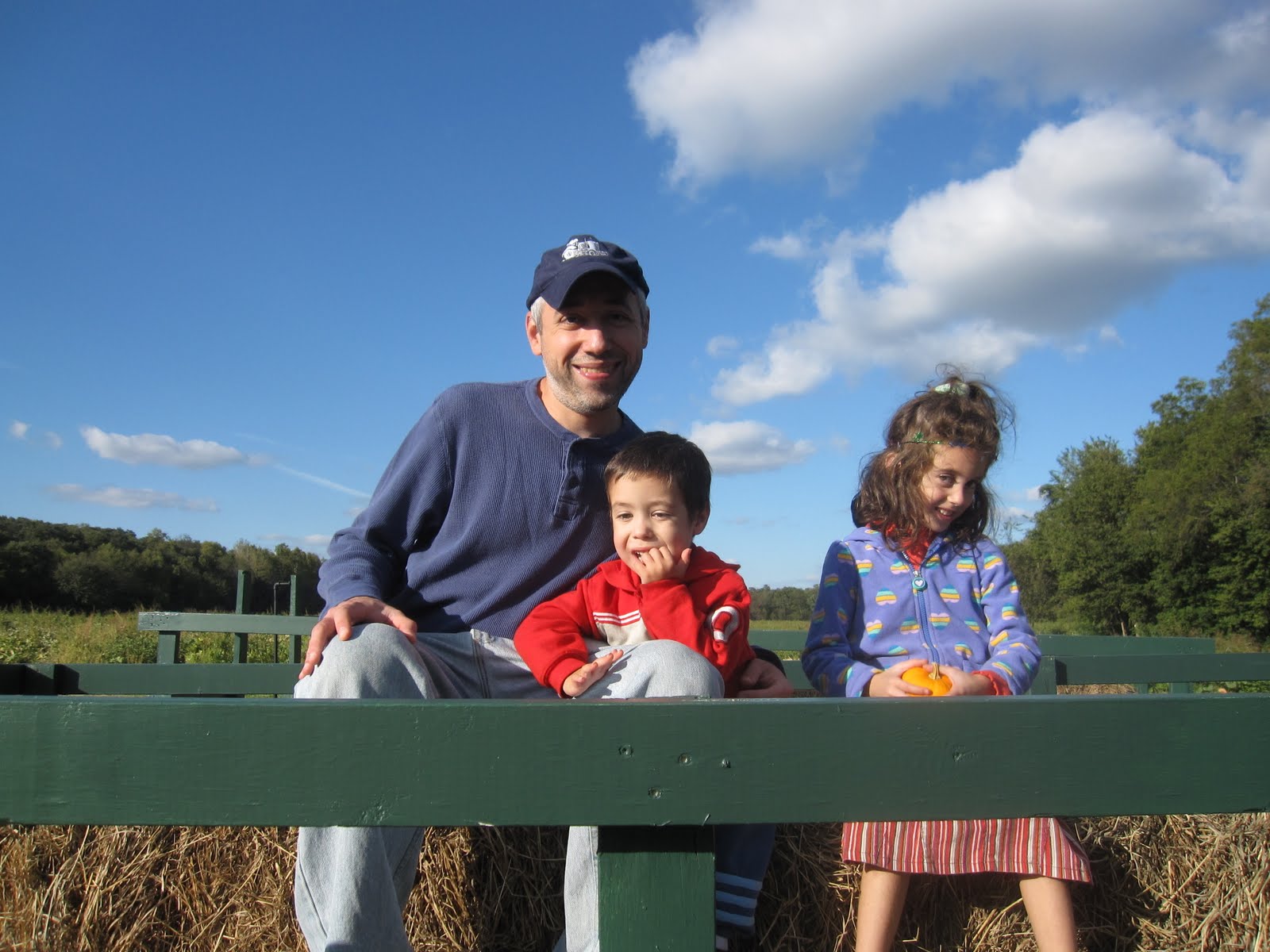 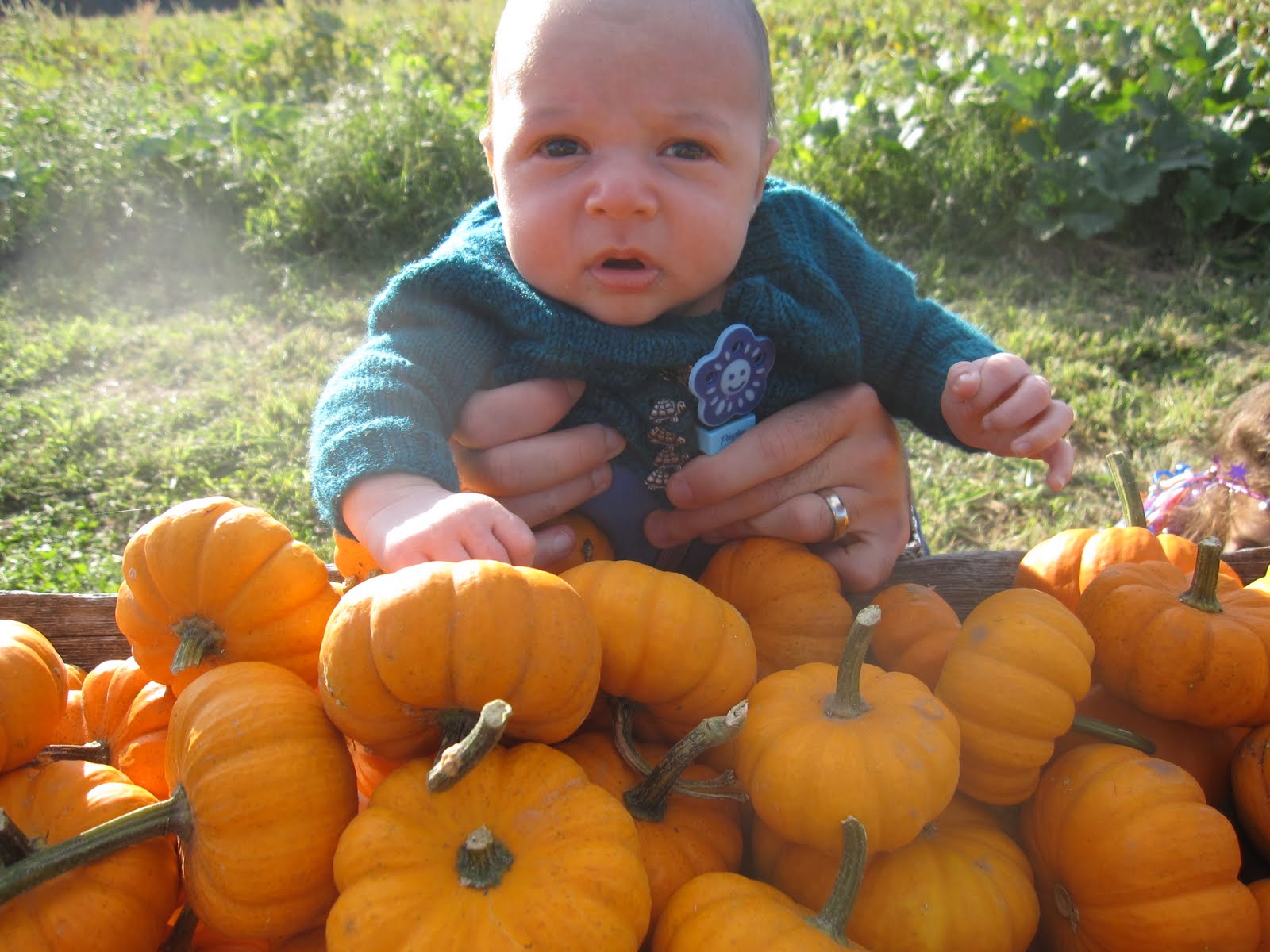 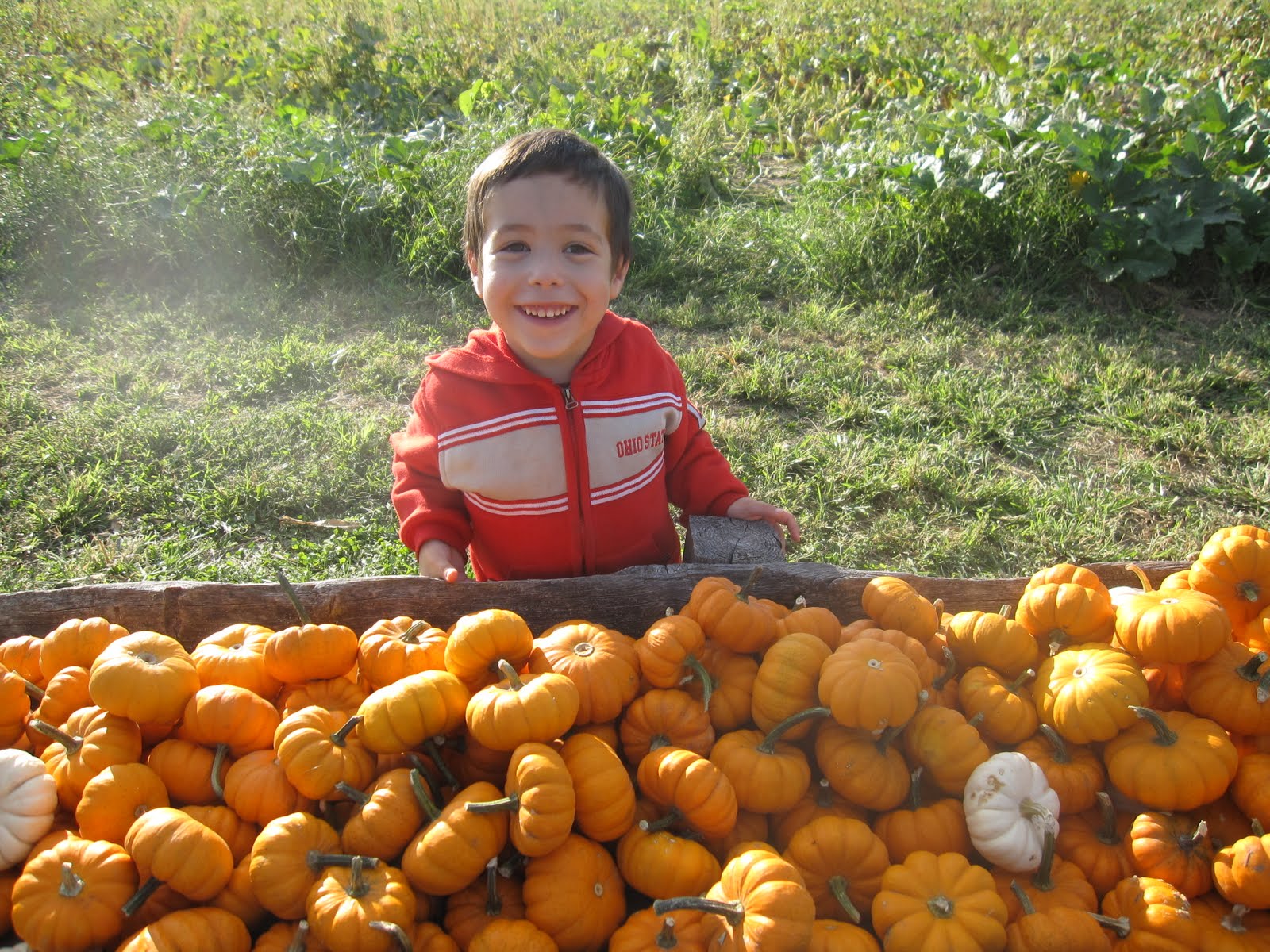 The following Wednesday, on which the kids had off from school for Chol HaMoed / Hoshana Rabbah, I took the kids to the KC Pumpkin Patch. While this could have been disastrous with the kids arguing about activities or the baby needing to nurse constantly, it turned out to be great. It was slightly pricey at $8 per person, but luckily Sure West (our cable company) had sent us a coupon for one free admission, so we only had to pay $16 instead of $24. Even so, when the kids insisted on playing for quite awhile in the playground areas, I felt badly that we’d spent so much money! However, they later were willing to move to other activities and they especially enjoyed the train ride (they went around at least 5 times while I was nursing Simon) and the Pumpkin Jumping Pillow. We stayed there for approximately 3 hours, which made the excursion worth it to me (when I previously spent $20+ on a 45 minute activity, I was a little annoyed!) 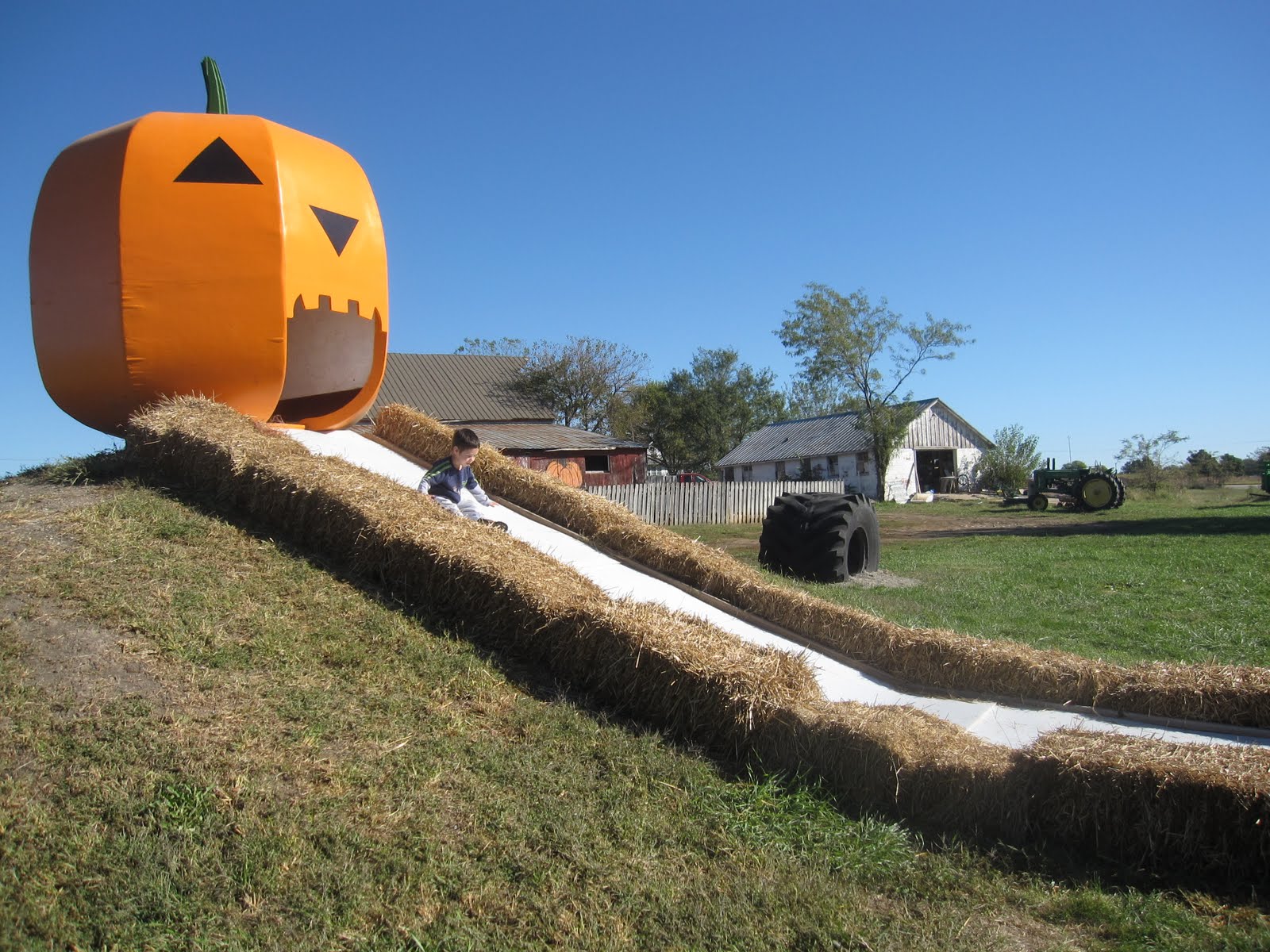 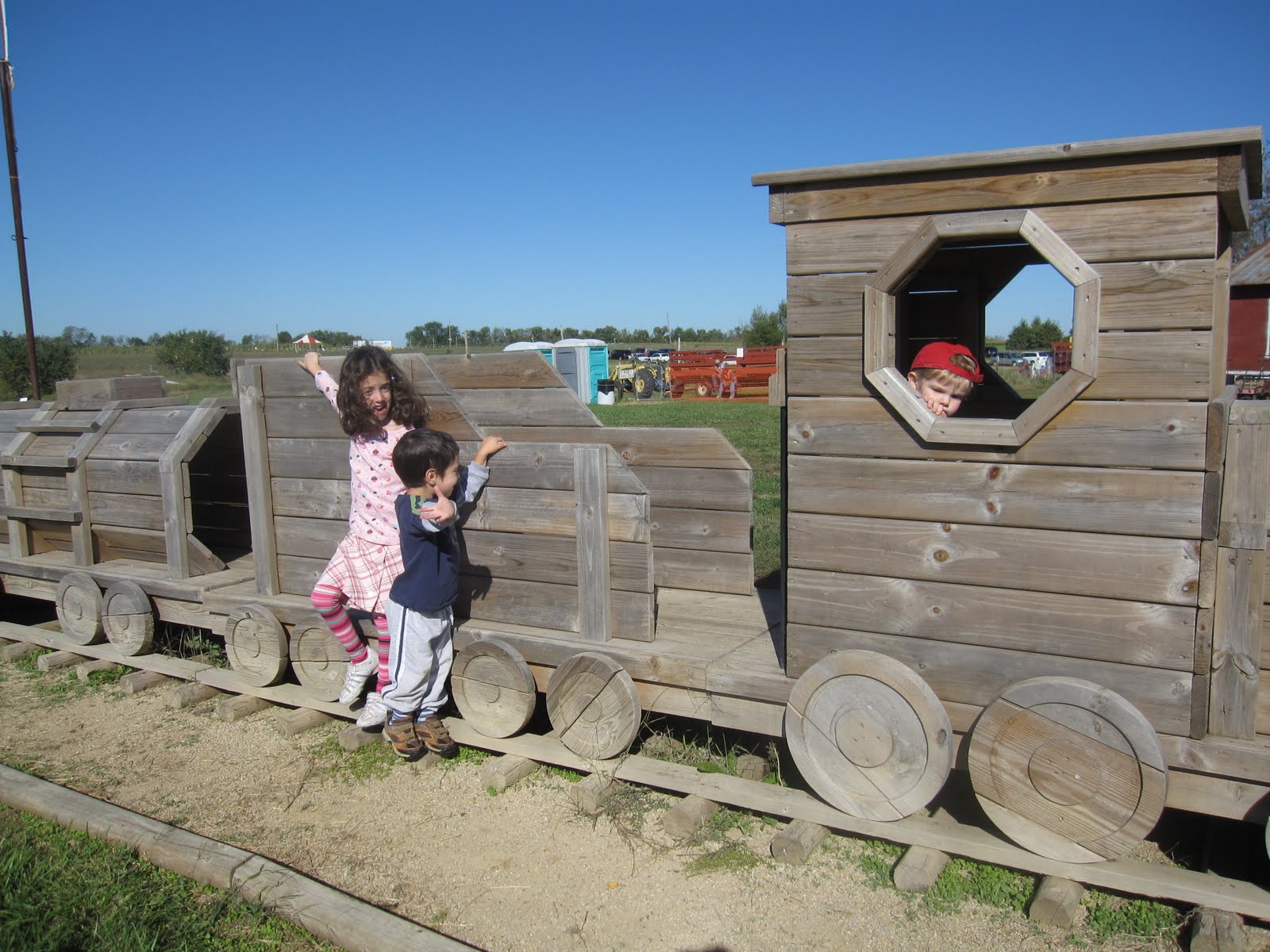 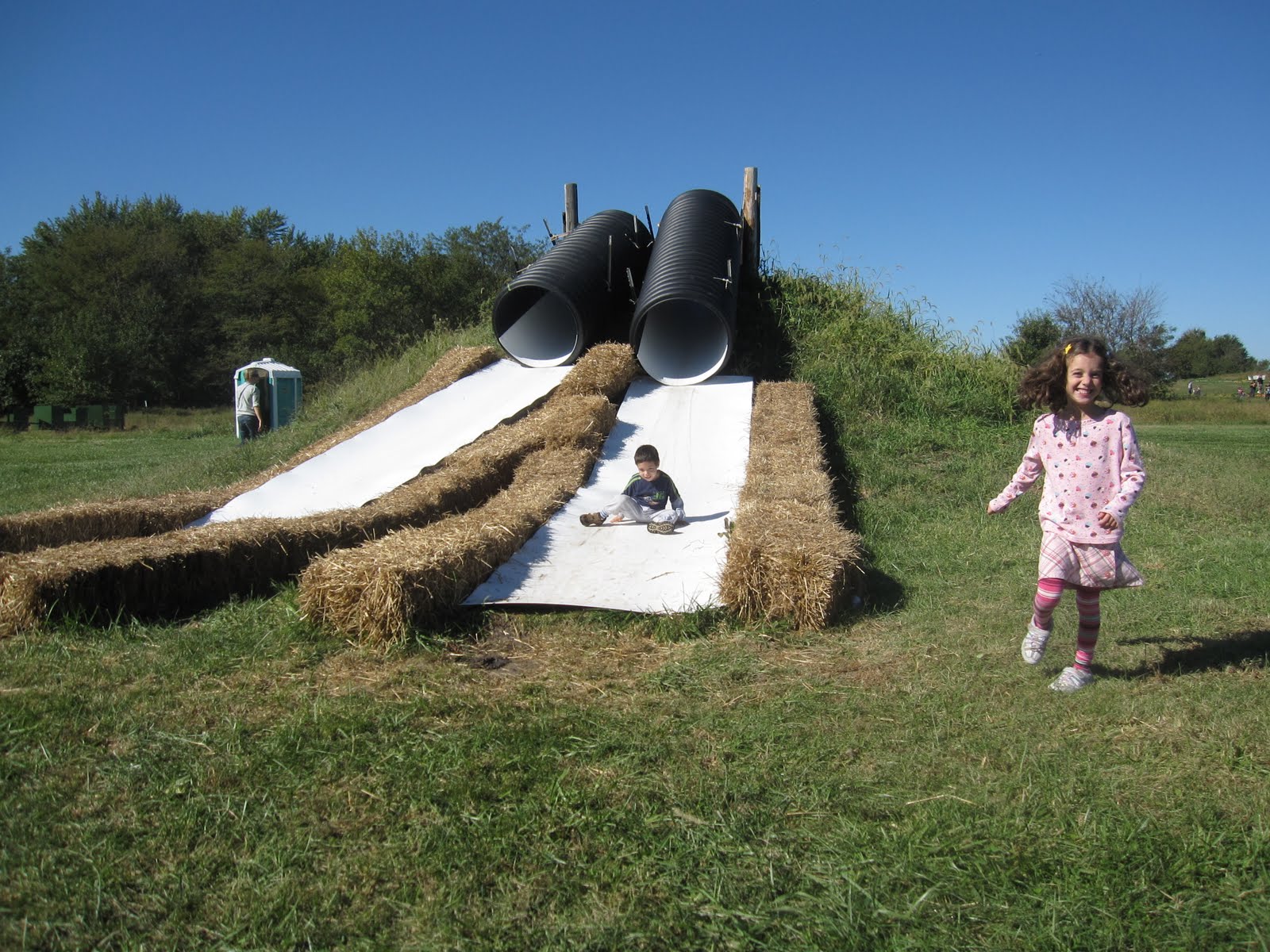 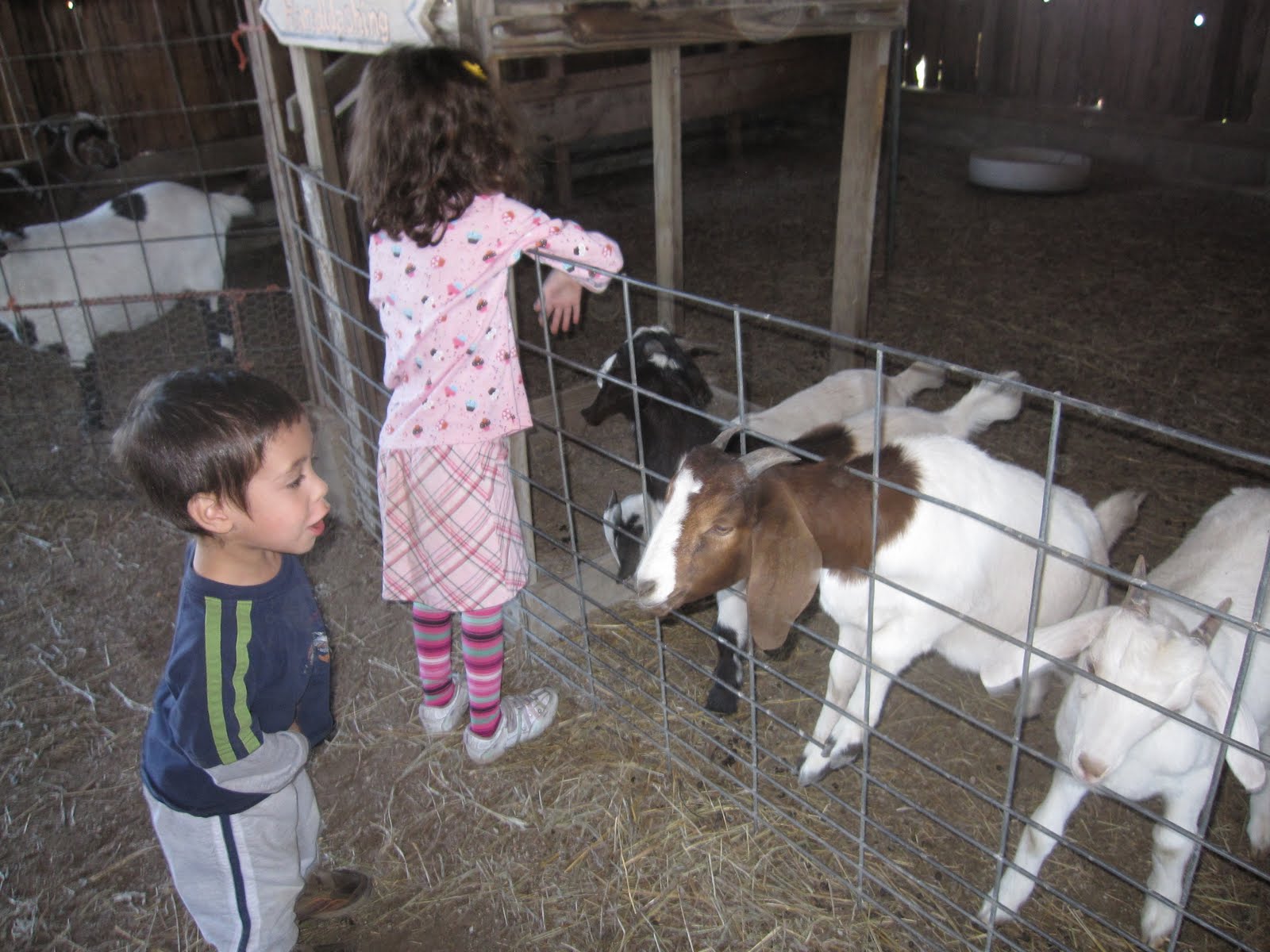 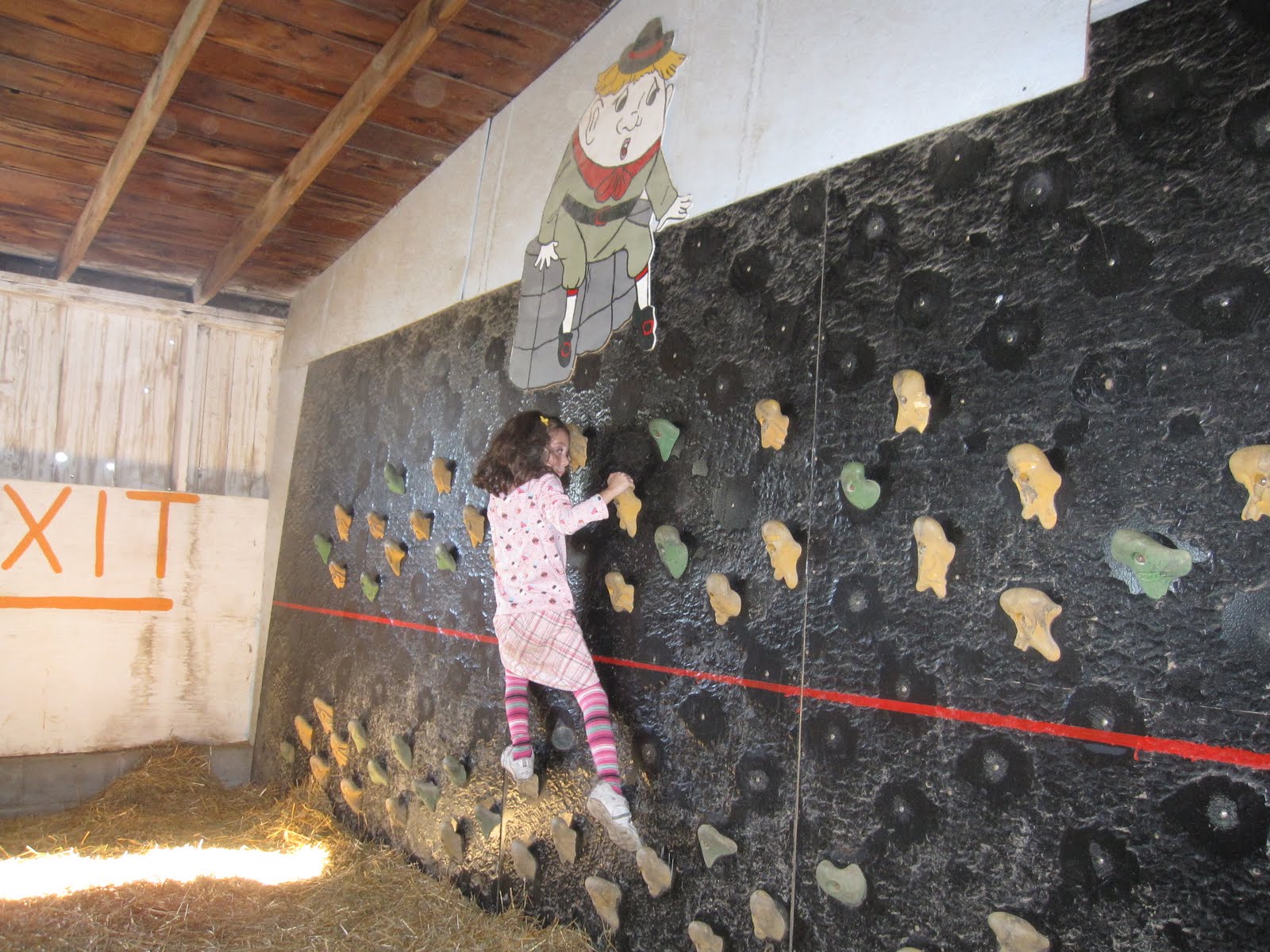 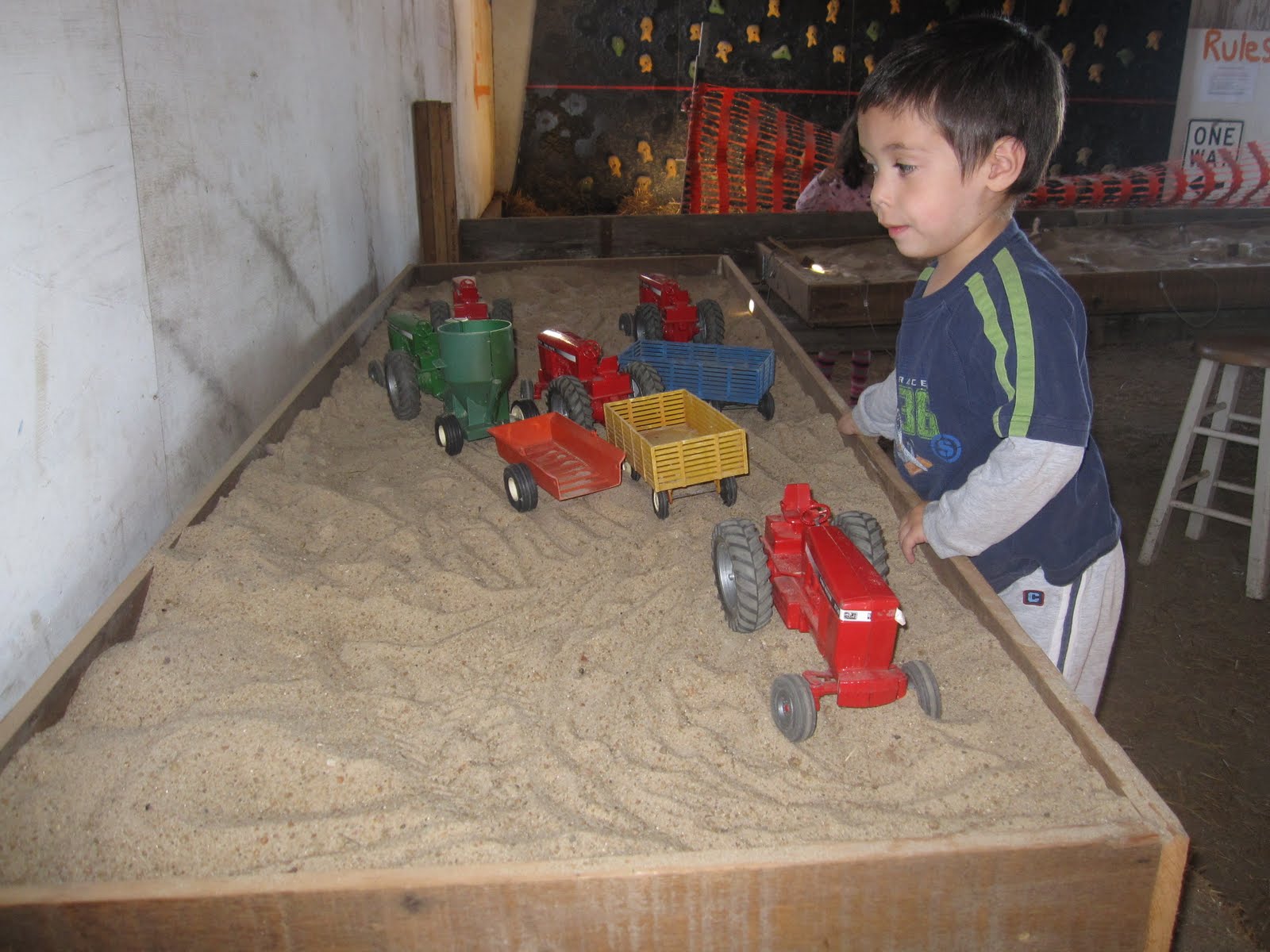 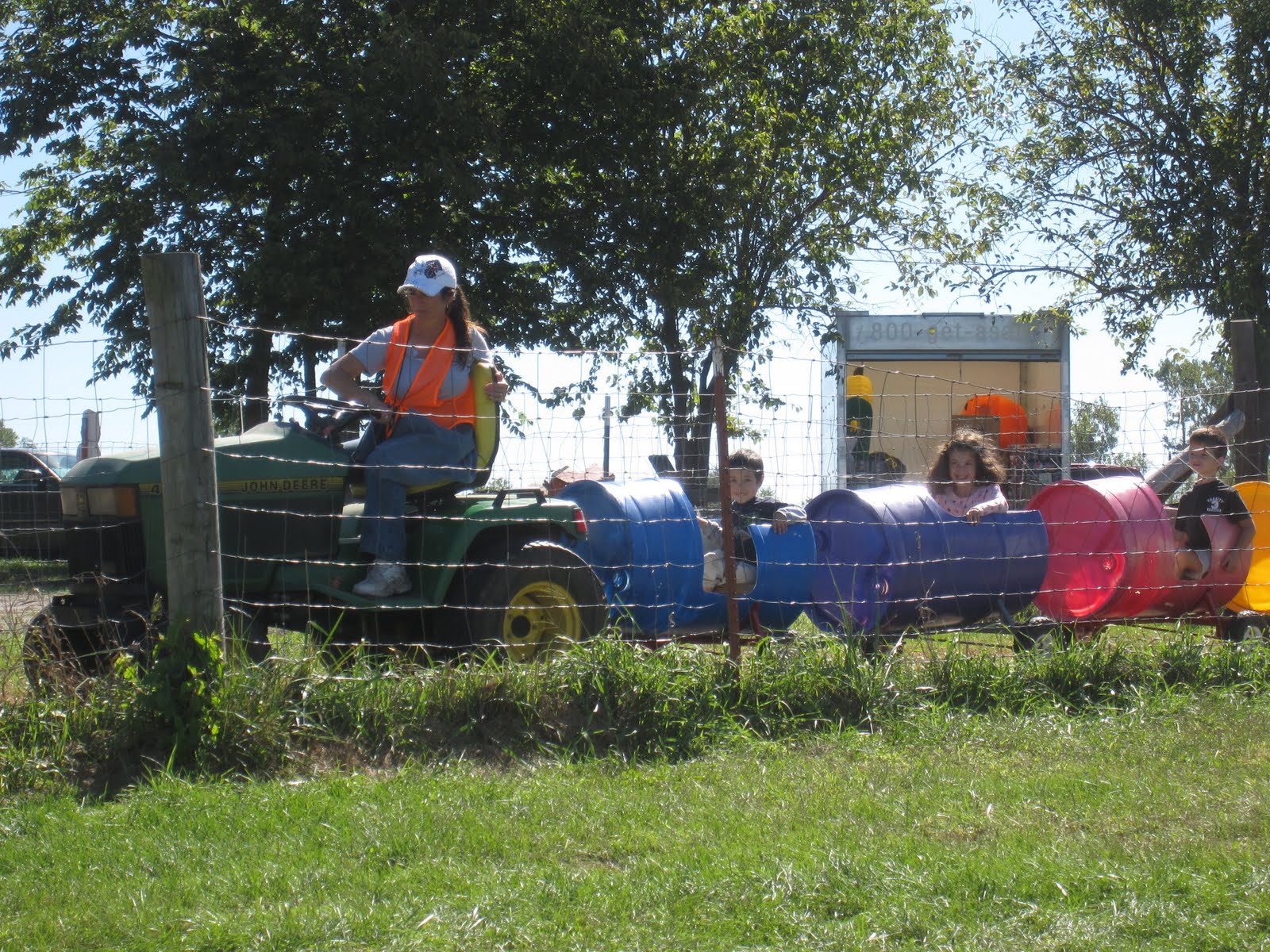 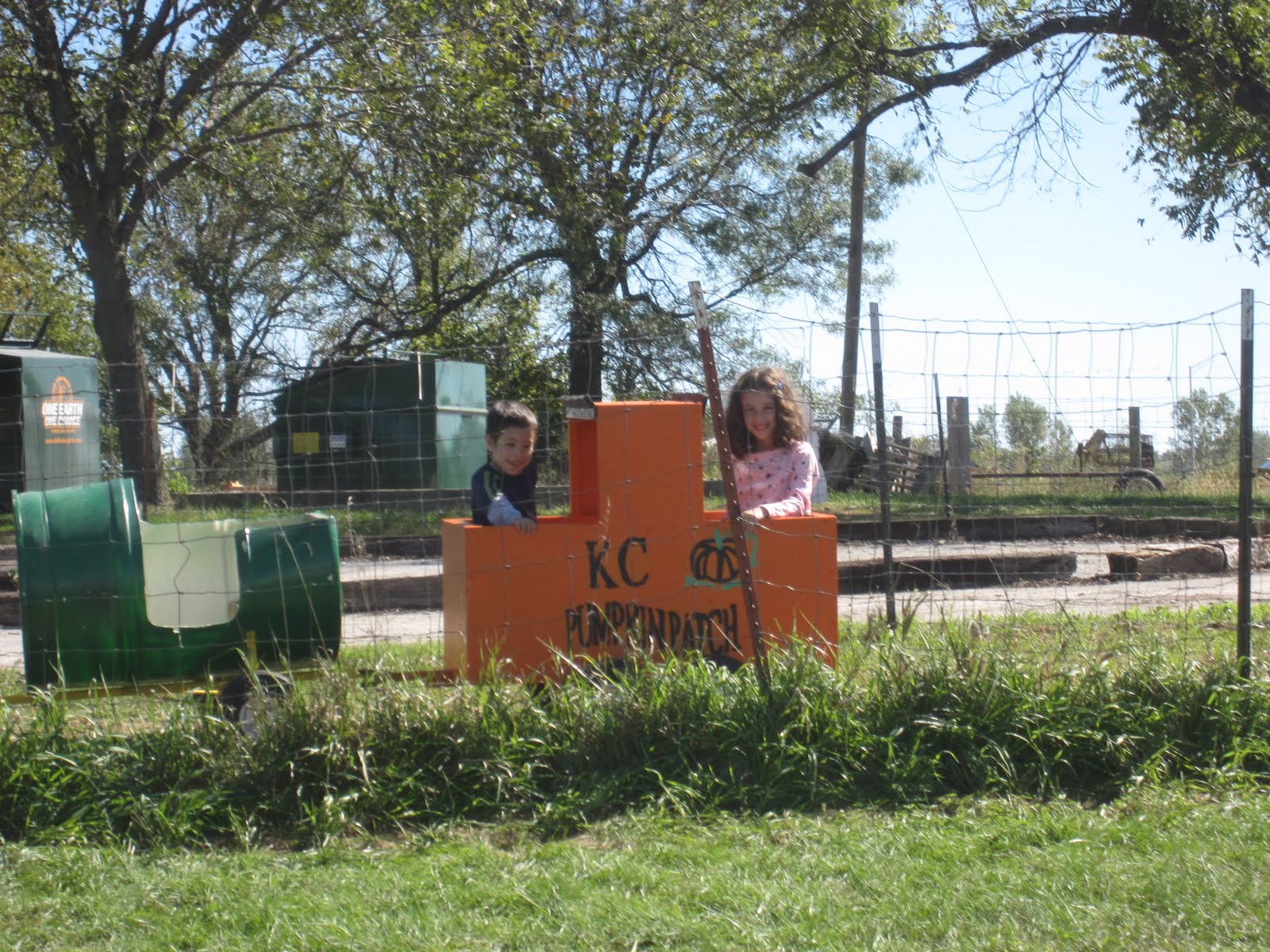 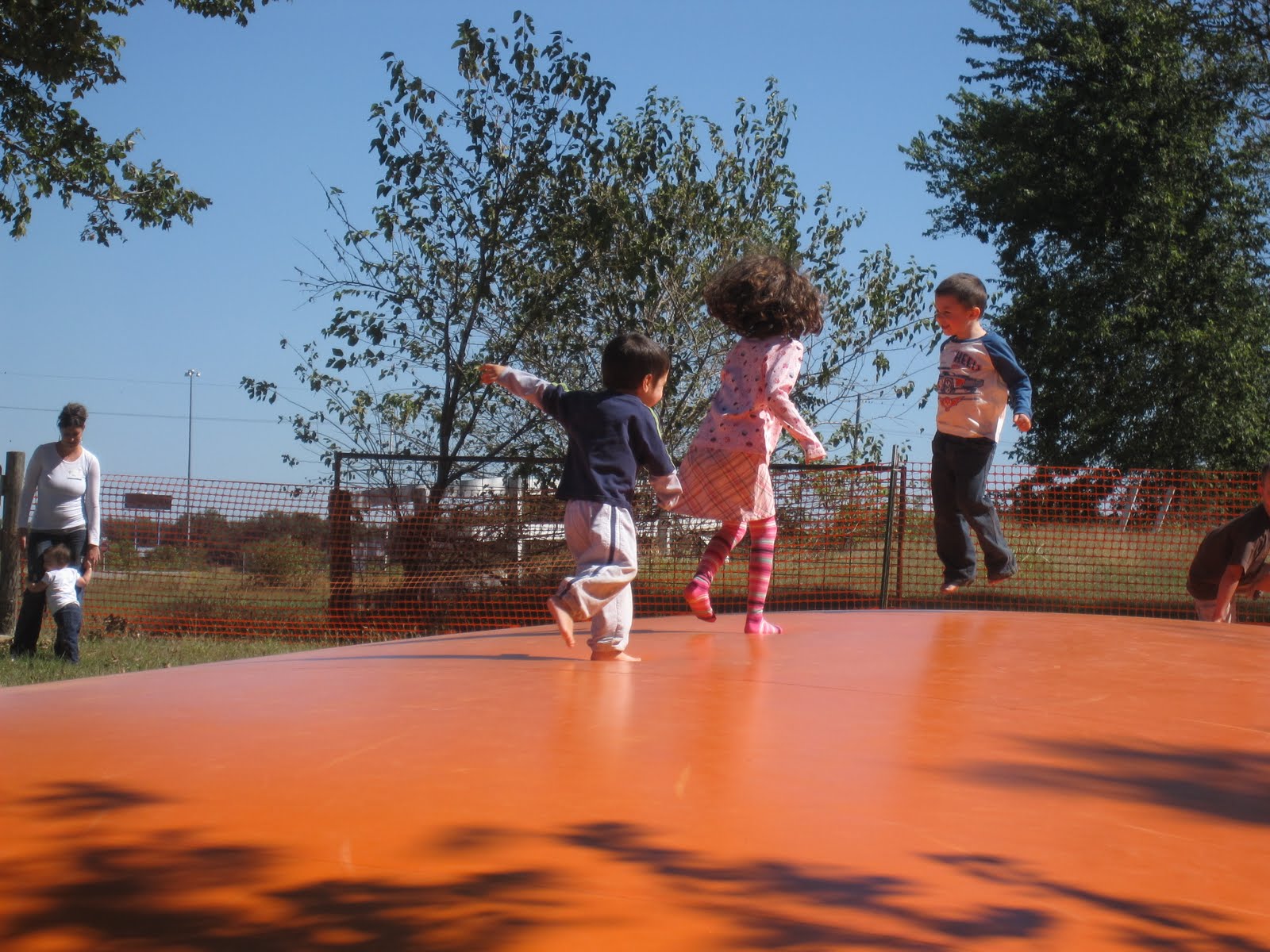 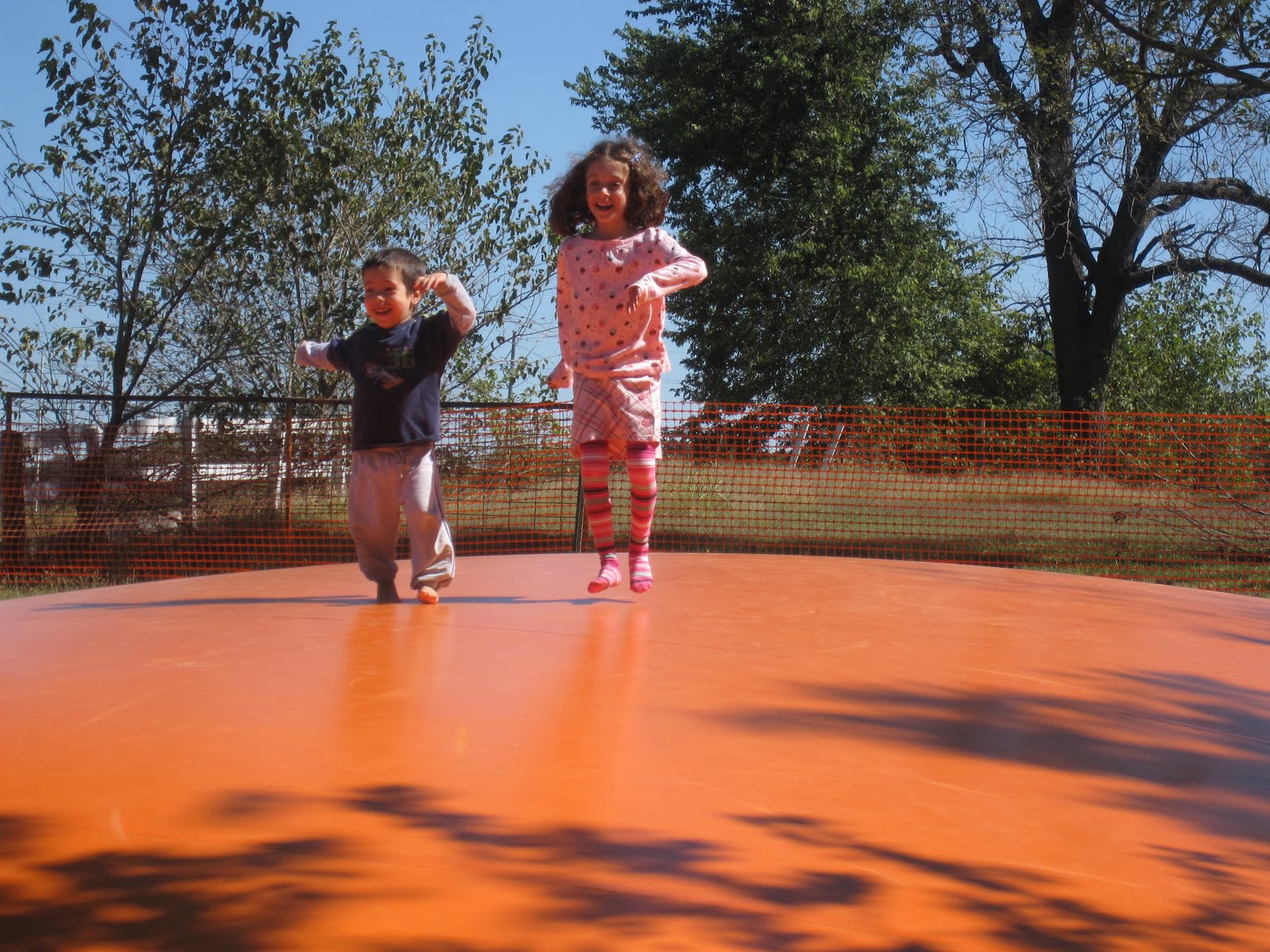 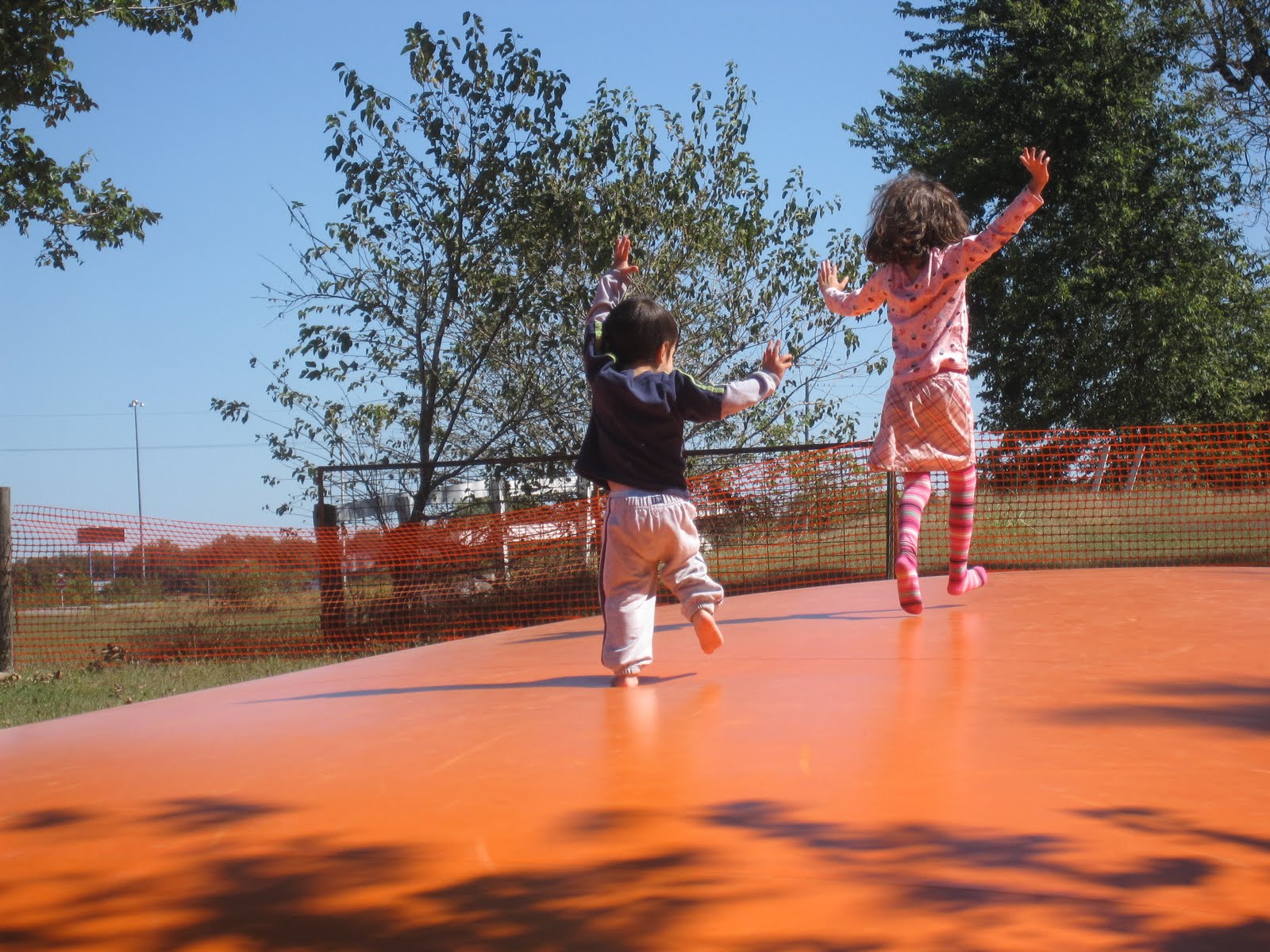 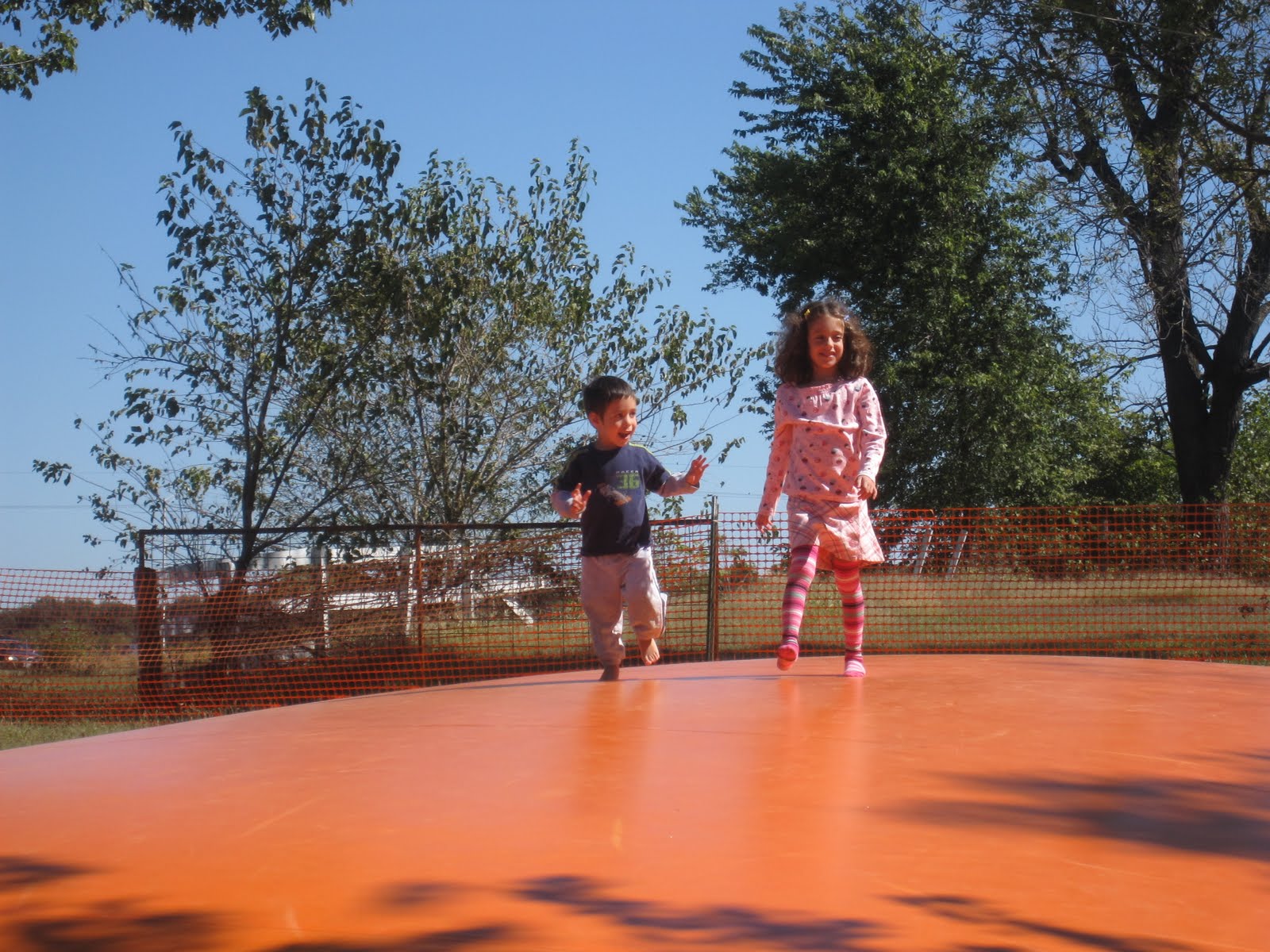 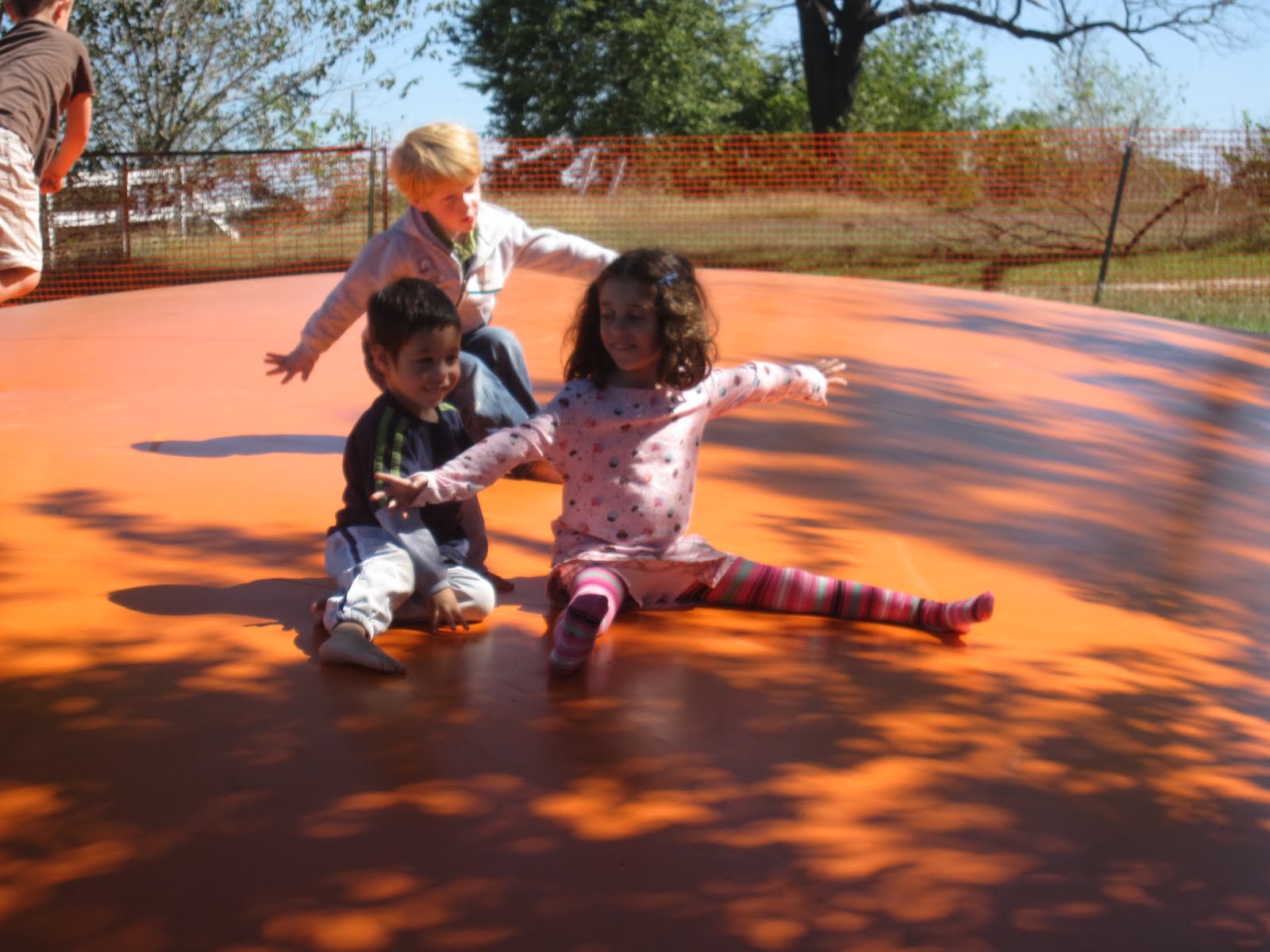 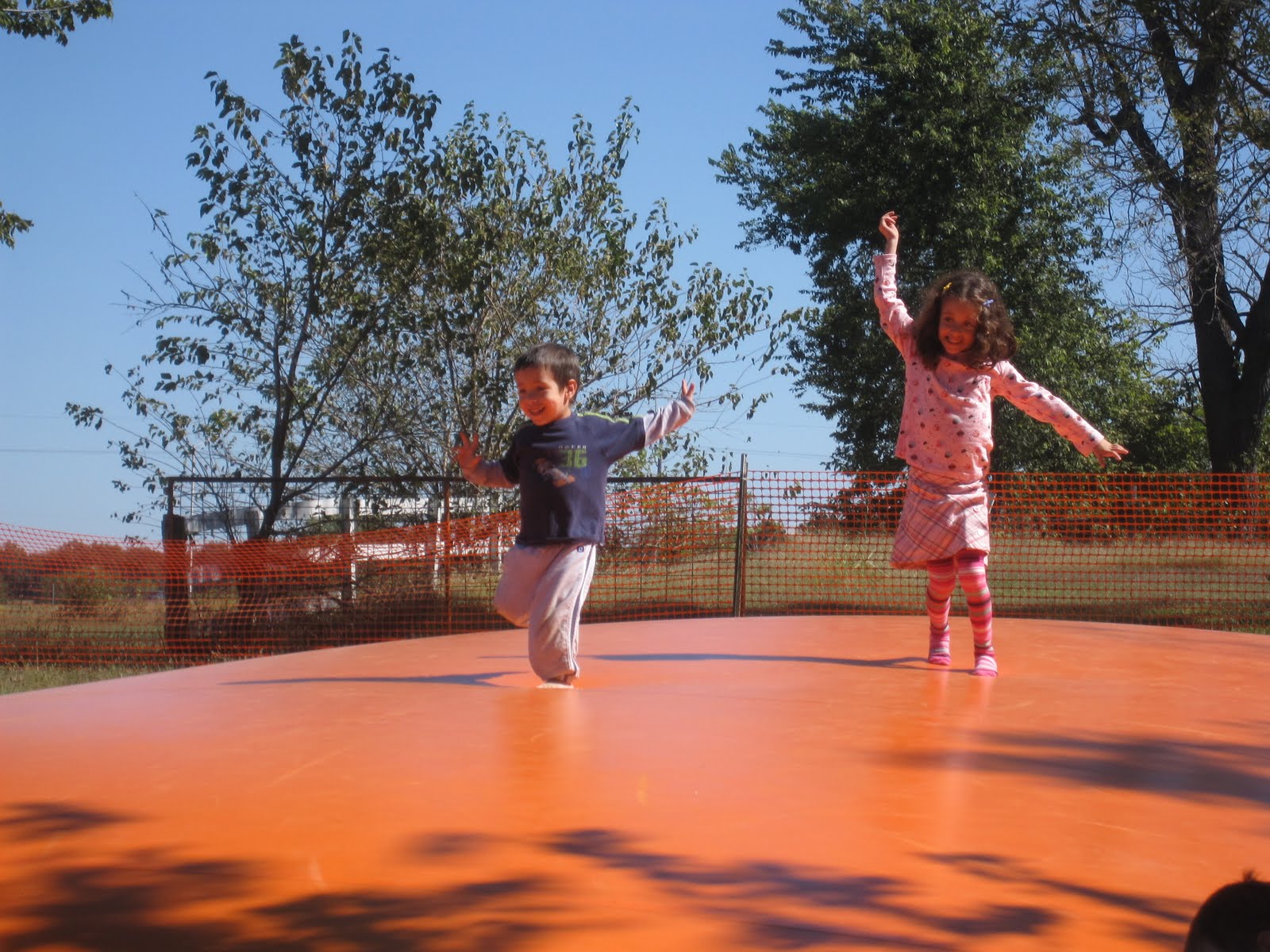 Hope everyone is having a happy fall so far!